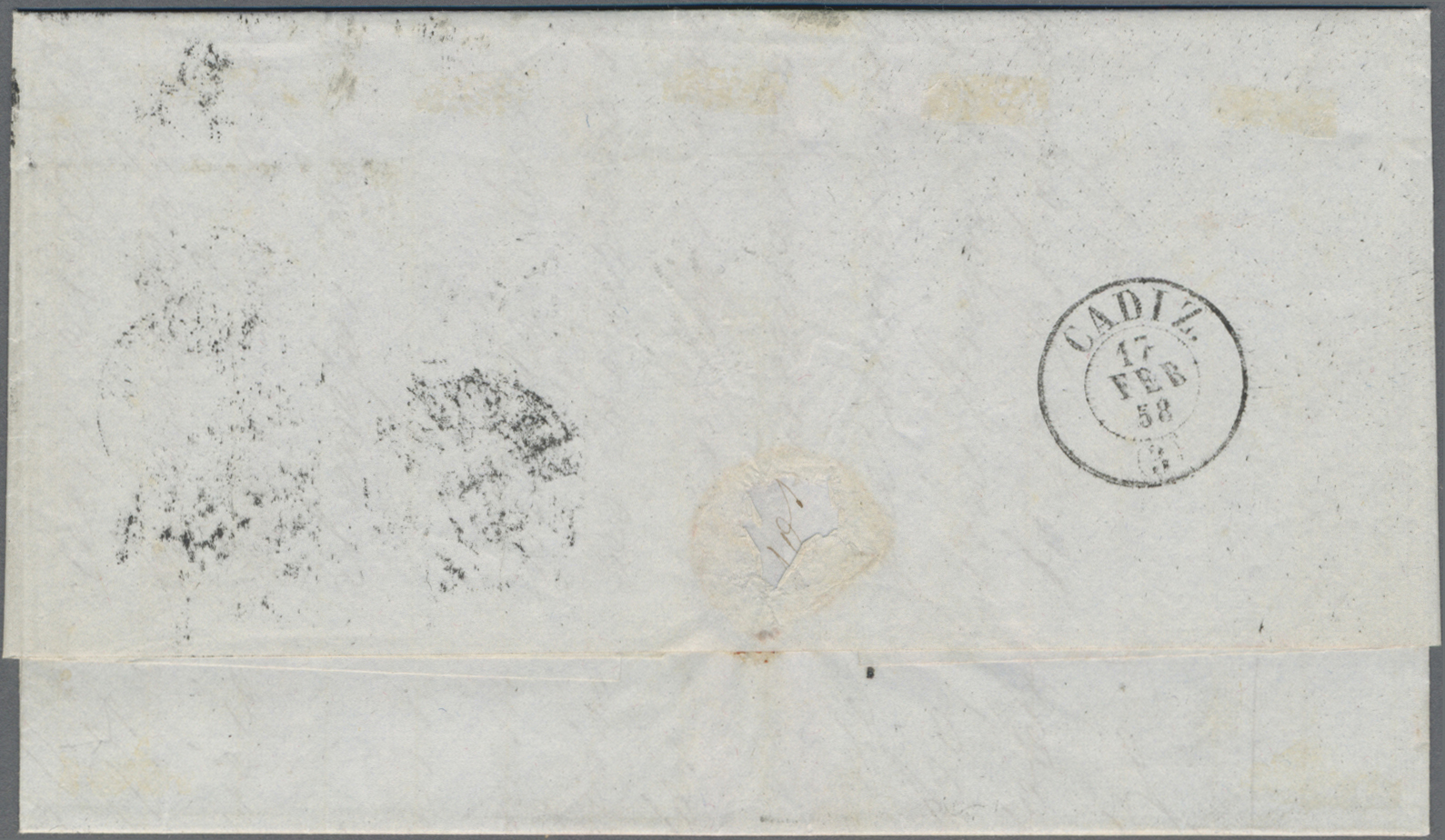 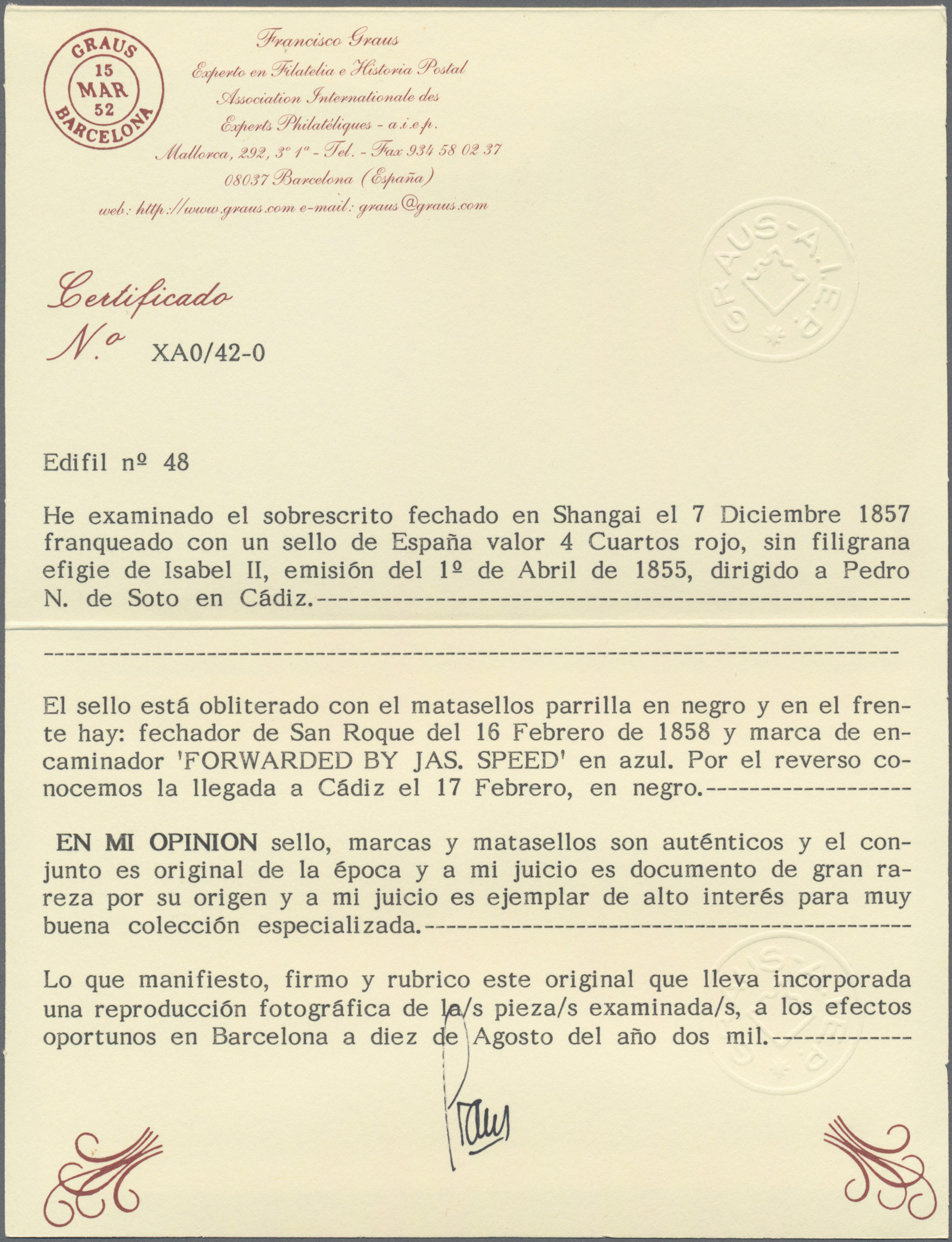 1857 (Dec 7) Entire letter from Shanghai to Cadiz (Spain), privately carried to Gibraltar, where it was handled by the agent James Speed with corresponding octagonal "FORWARDED/BY/JAs. SPEED" marking in blue, delivered to the Spanish mail and posted at the bordering town of San Roque, with application of Spain 1855 4cu red, tied by oval grid with "SAN ROQUE/16 FEB 58/CADIZ." cds adjacent, both neatly struck, receiving cds of Cadiz one day later on reverse, a highly interesting postal artifact featuring an extraordinary combination, of which only two covers so far recorded; cert. Graus (2000).

Note: The text, written in Spanish, was sent by a Spanish merchant. In order to avoid high Spanish charges, merchants from Spain requested the services of British packets to carry their correspondence to Spain via a forwarding agent in Gibraltar.

Condition: Cover
Value Add Taxes (19%) will be added to the hammer price and the buyers premium.
Category:
China 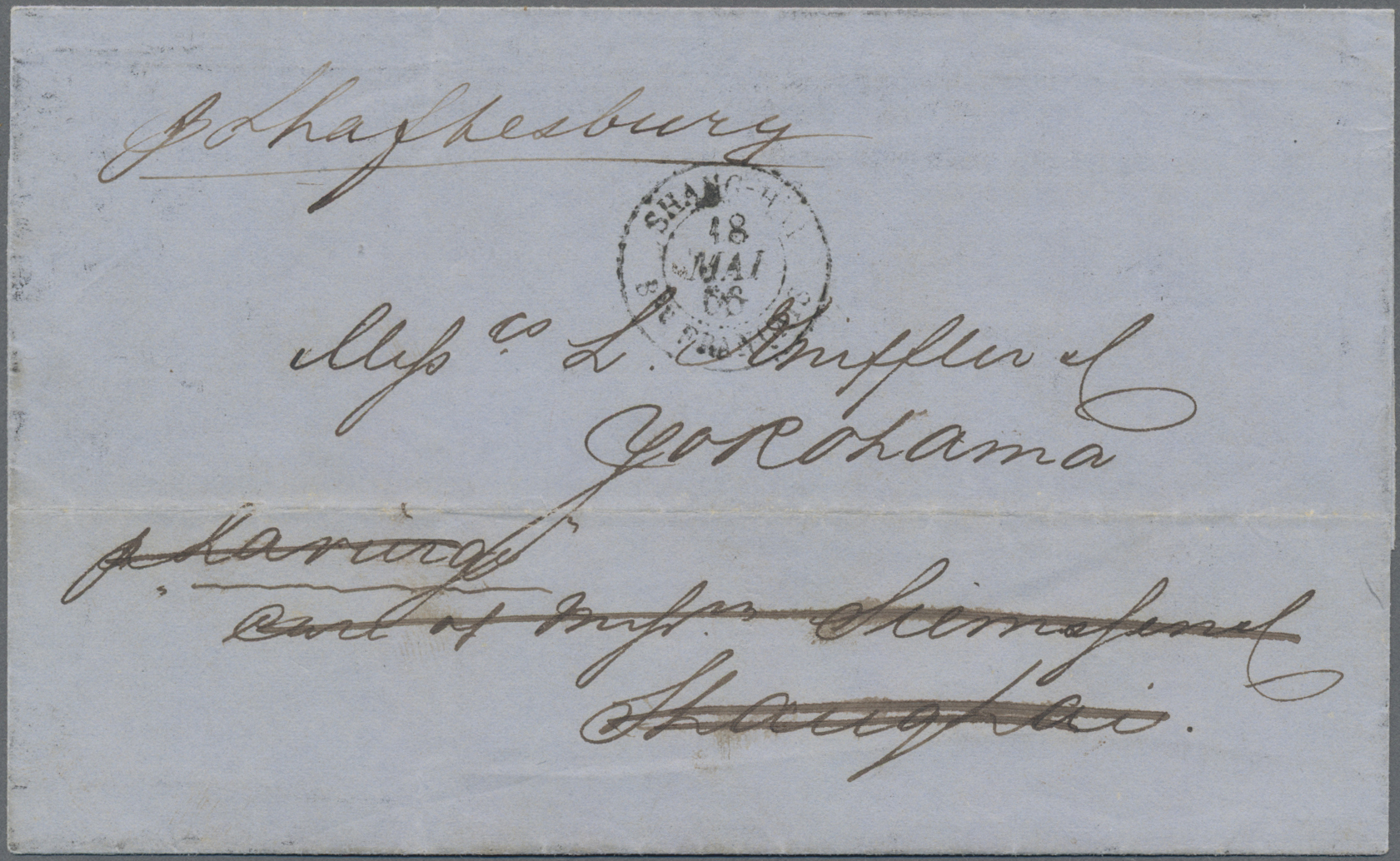 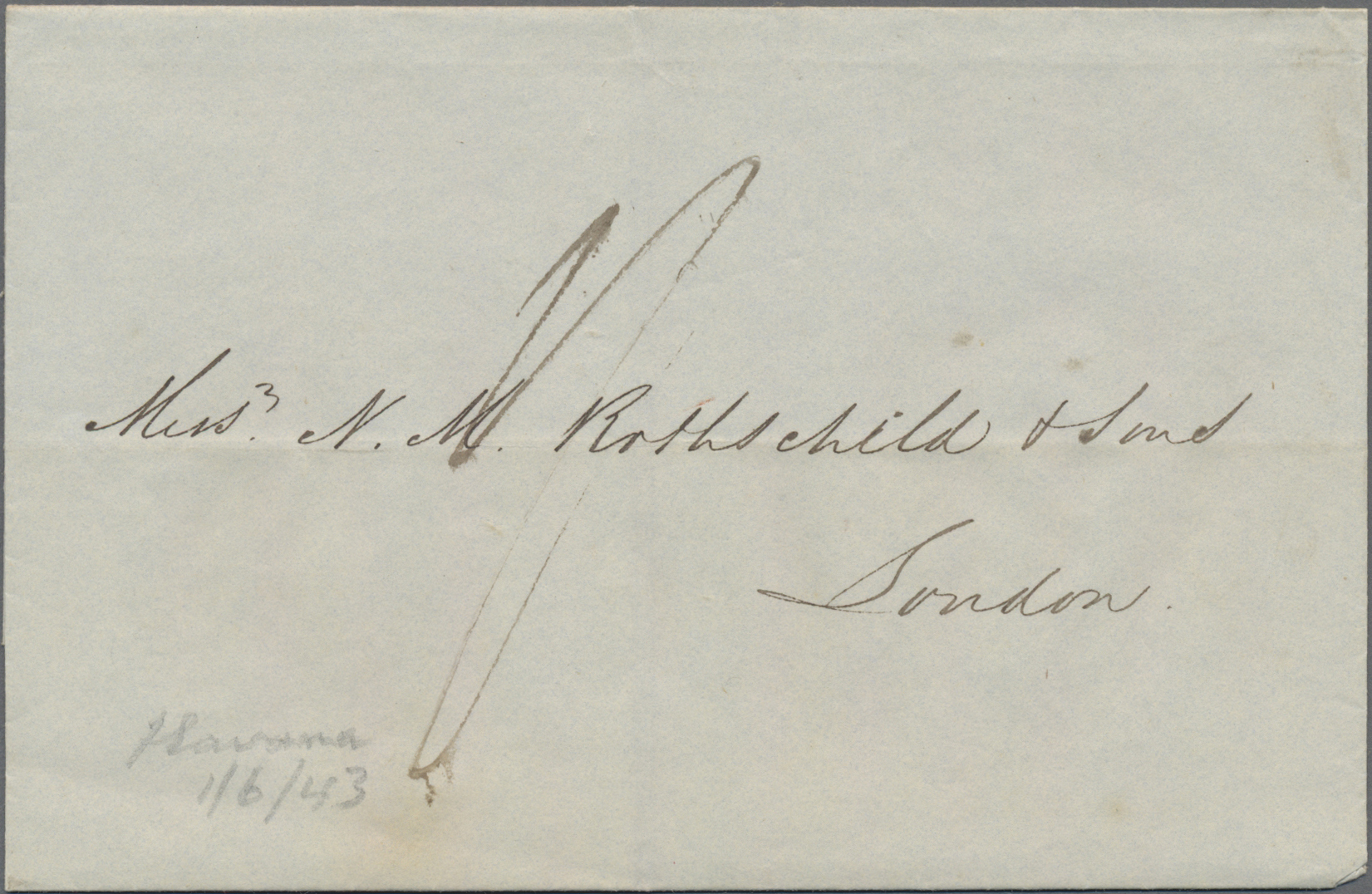 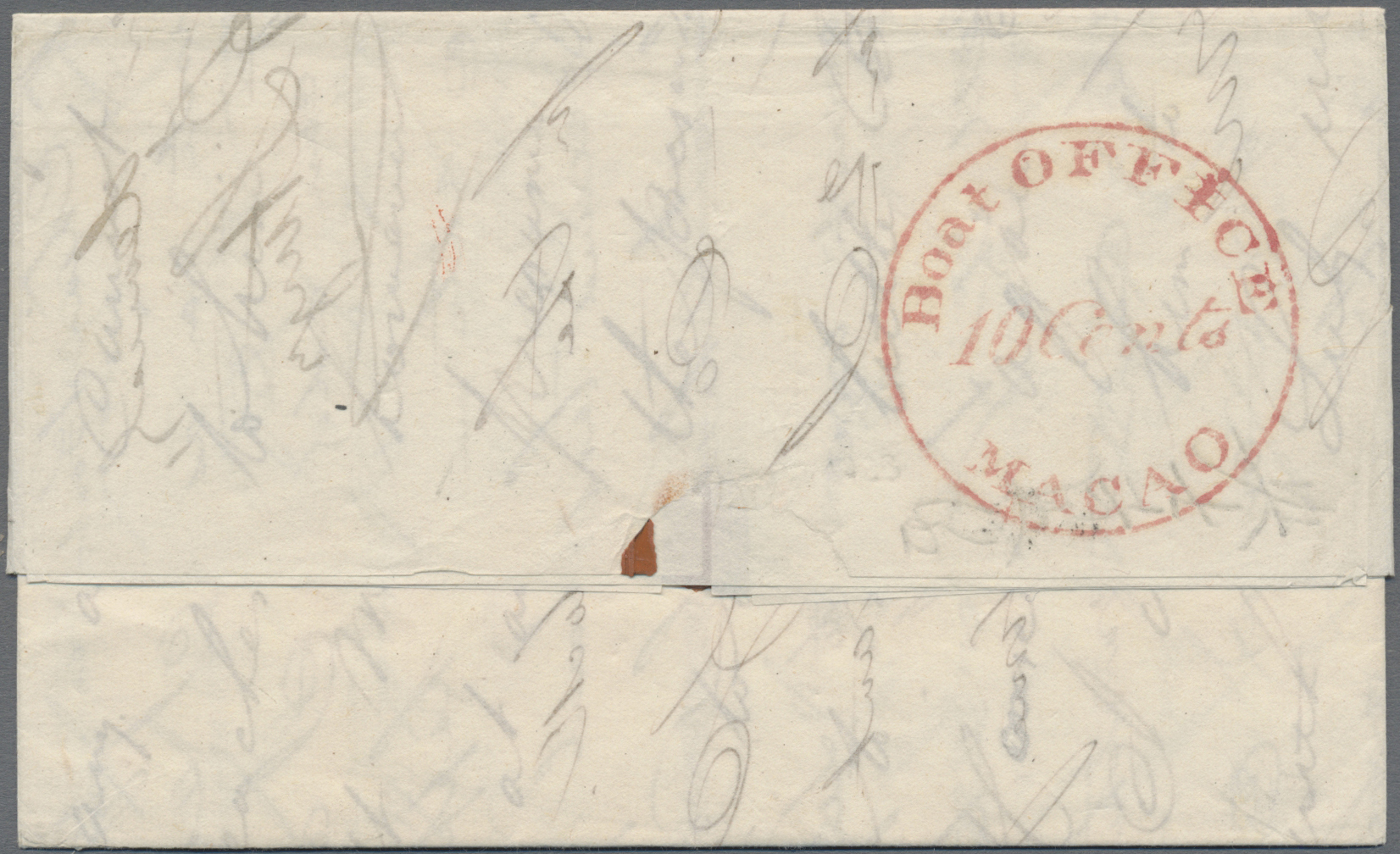 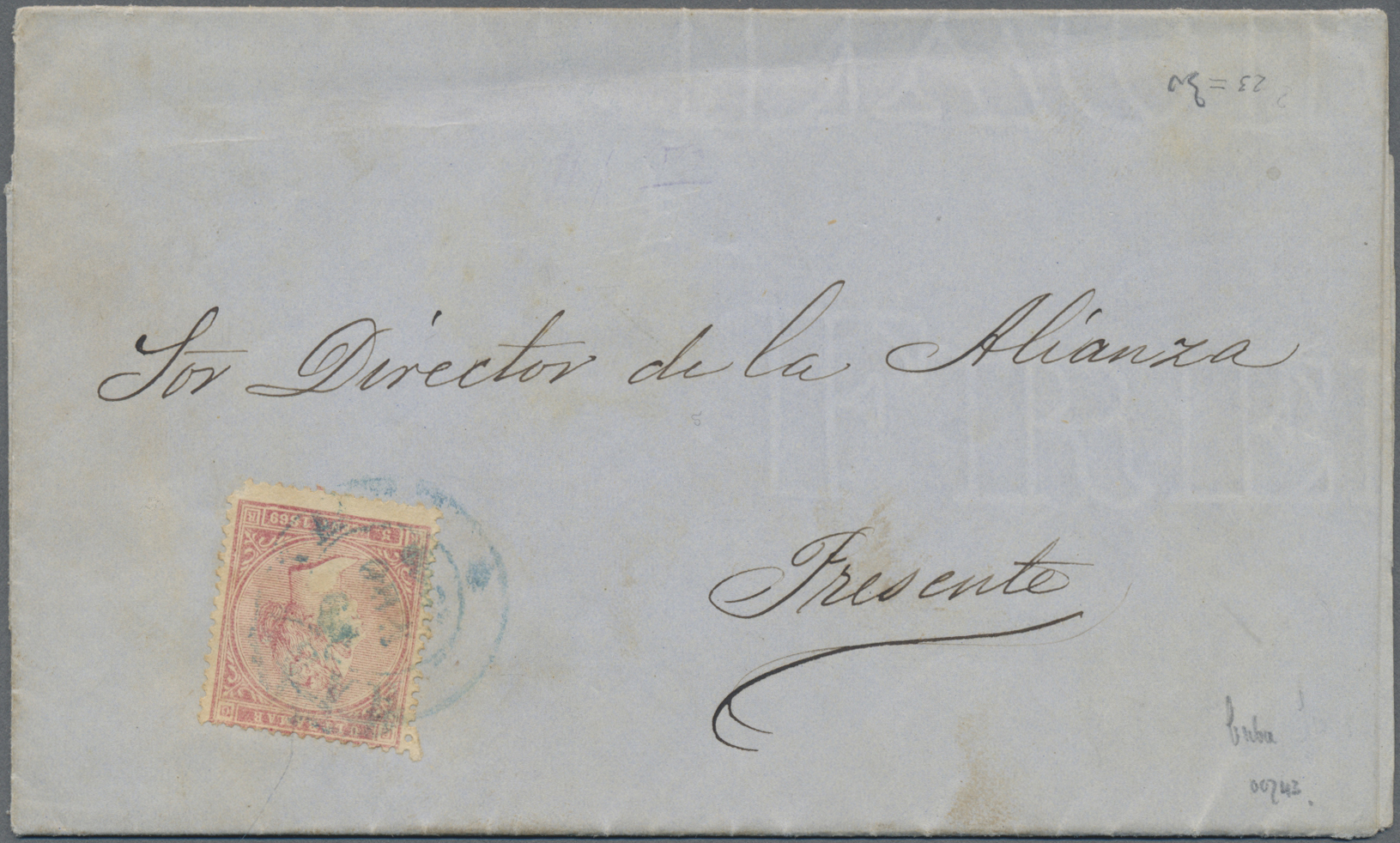 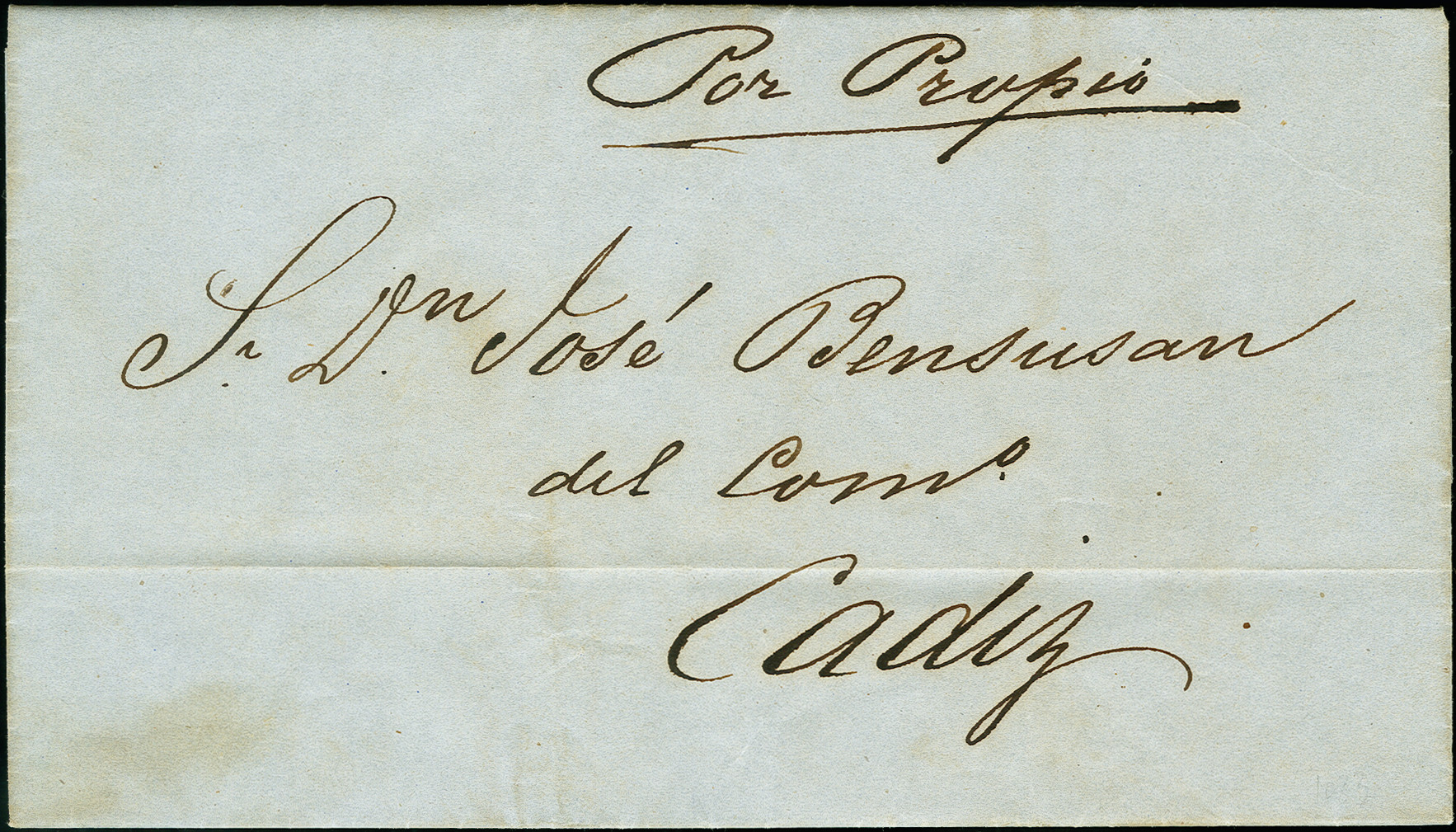 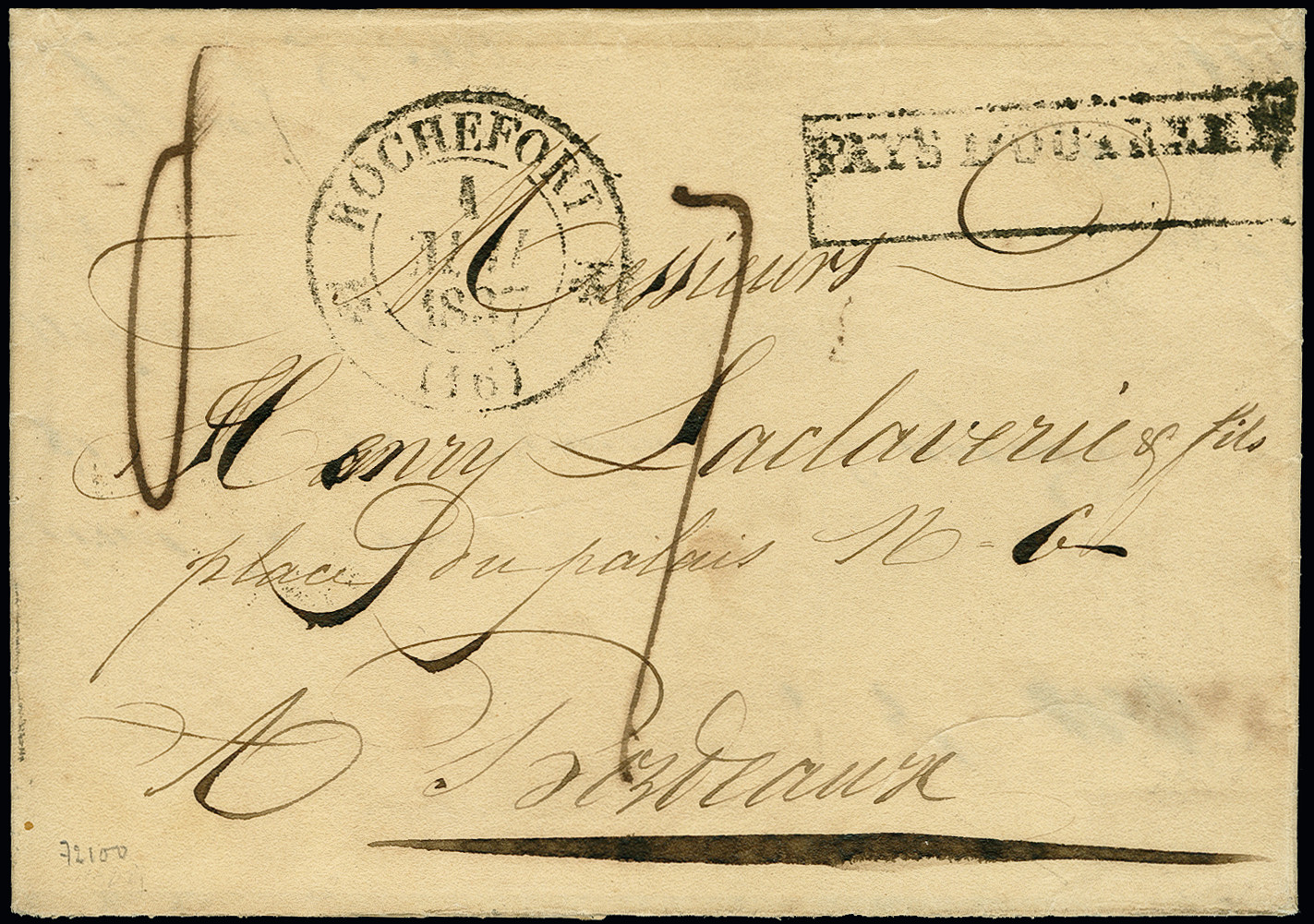