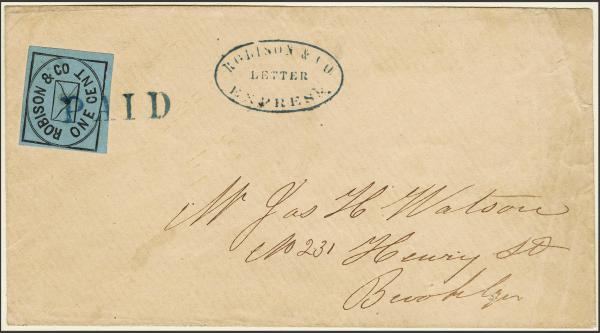 128L1, Robison & Co., Brooklyn, NY, 1855-56 1c Black on blue, four margins, ranging from huge to ample at left, tied by crisp strike of blue "Paid" to neat envelope addressed to Brooklyn, with matching blue oval "Robison & Co. Letter Express" company handstamp at right, Extremely Fine, very little to say outside of the fact that this is, in our opinion, one of the most attractive and spectacular of all local covers in existence, unique on cover, an absolute gem and world-class rarity (Scott $7,000, an outdated figure with no bearing on the cover's current value)rnThe early history of the Robison & Co. adhesive is murky to say the least. Perhaps the best overview of the stamp's appearance (and disappearance) in early stamp catalogues can be found in Donald Scott Patton's book on New York State locals (page 290). Mount Brown's 1864 catalogue (5th Edition) lists both an envelope and an adhesive, the latter described as red on green and brown on blue (reflecting the early forgeries of S.A. Taylor and others). Both the 1865 Bellars & Davie catalogue and the 1866 Dr. Grays catalogue list varieties of the Robison stamp as well. The post's legitimacy was questioned during the late 19th century, with the stamp being omitted from the Scott Catalogue beginning in 1886, and appearing on a list dubious local posts from 1894. Forgeries of the stamp were so prolific that one was even illustrated in the Scott Catalogue until 1943, when it was finally replaced by an authentic example. rnThis unique cover was discovered in 1895 by F. E. Kneeland, Jr., then age 17, while searching through an elderly relative's papers. The cover then passed into the hands of Ferrary and Caspary, and has remained off the market ever since. (Curiously, in the Ferrary sale, the cover is described as a fantasy.) In addition to this cover seven off-cover examples are recorded, most (if not all) of which have the characteristic watery blue "Paid" cancel seen here. After serving as a highlight of the Caspary collection (where it was described as "glorious") and the Boker collection, we are thrilled that the famous and stunning Robison & Co. cover is making its return to the market after 64 years.rnProvenance: Count Philipp von Ferrary (Gilbert Sale 7, 1924)rnAlfred H. Caspary (H.R. Harmer Sale 1072, 1957)rnJohn R. Boker, Jr. (Private Transaction)United States Carriers and Locals

Category:
United States "Back of the Book" Stamps and Postal History
local stamps 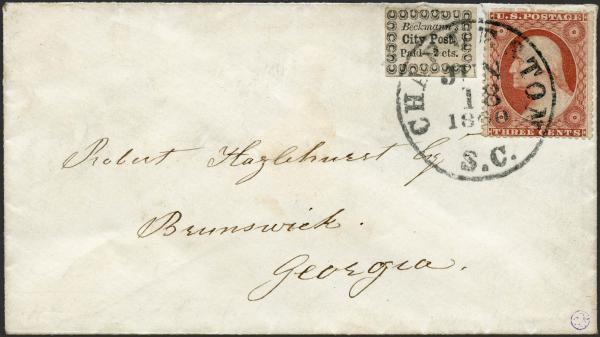 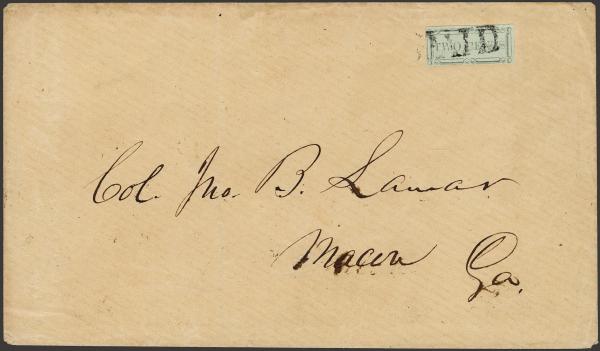 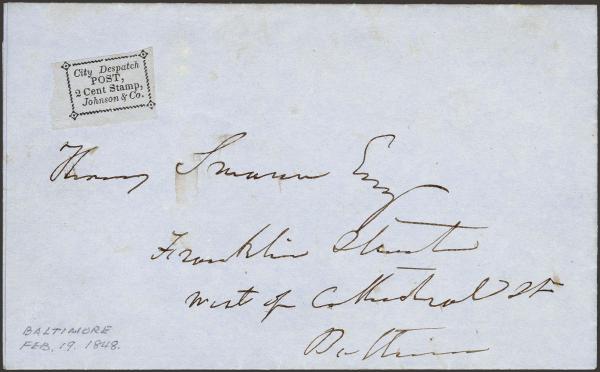 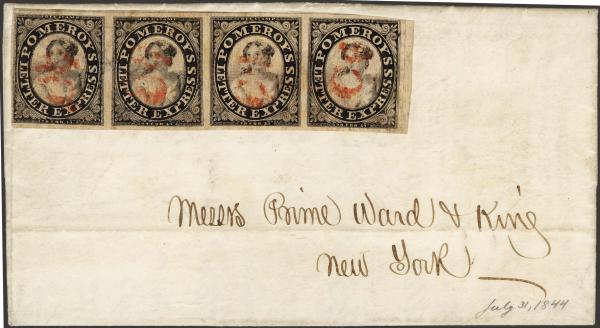 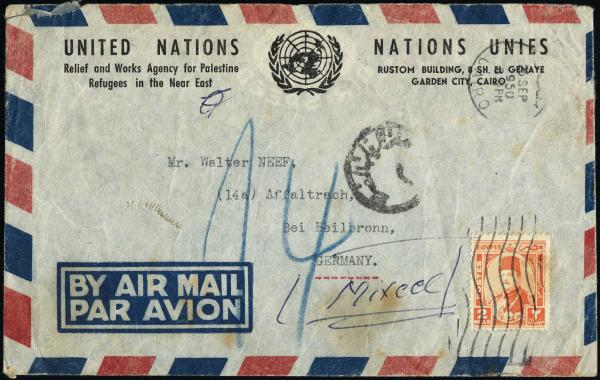 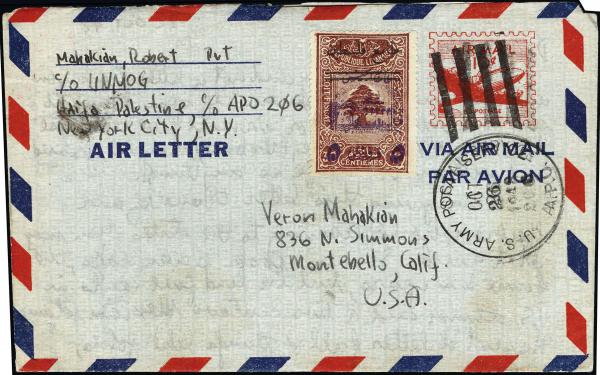 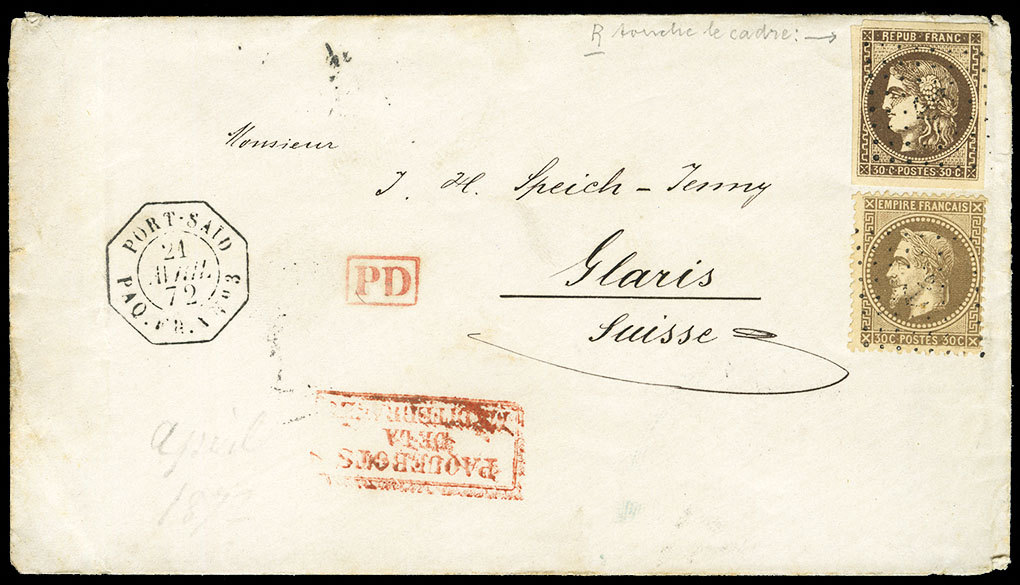 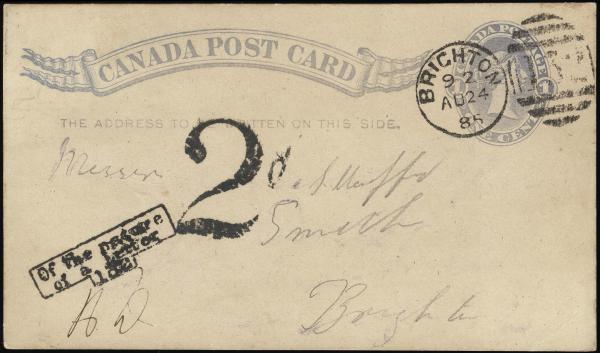