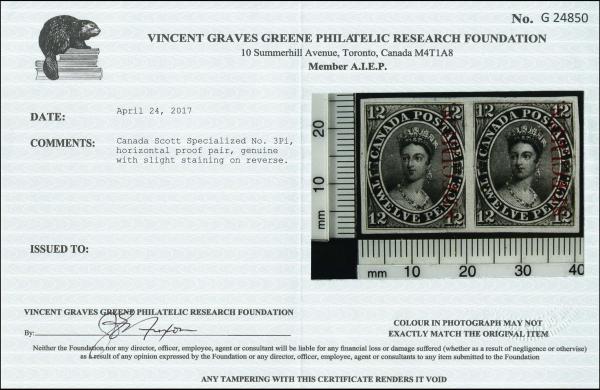 3 var, 1851 12p Black, Sperati forgery, the unique example made by Sperati as a custom, special order in 1953, made from a genuine 12d "Specimen" overprinted stamp by removing the overprint, also includes a pair of genuine 12p Specimen plate proofs (3pi, 2017 Green Foundation certificate), as well as a clipping from a philatelic journal showing a 3p Beaver cover, ex-Sperati archives, that was apparently used as a model to make the forged cancel, Very Fine, an incredible rarity and one of the most desirable of all philatelic forgeries in our opinionrnNo Canadian stamps were known at the time Sperati I was published, although this item is discussed in Sperati II. After removing the "Specimen" overprint, Sperati manipulated the paper so that the stamp had the correct vertical laid lines of the original. The cancel is also forged. This is the only known example and the only example of Sperati using this technique.Sale 3043: British Commonwealth Stamps and Covers - Thursday, June 23, 2021 - 9 a.m. Eastern 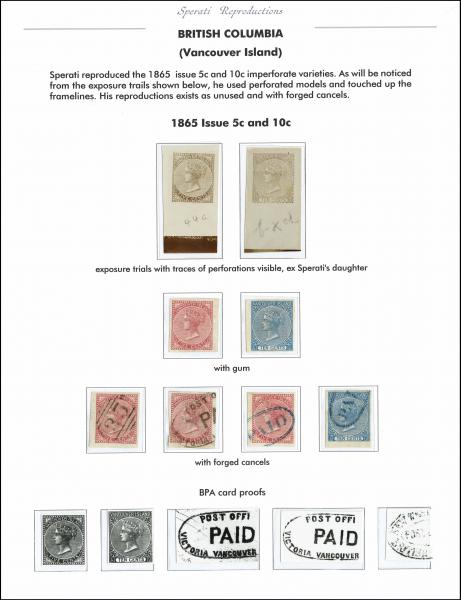 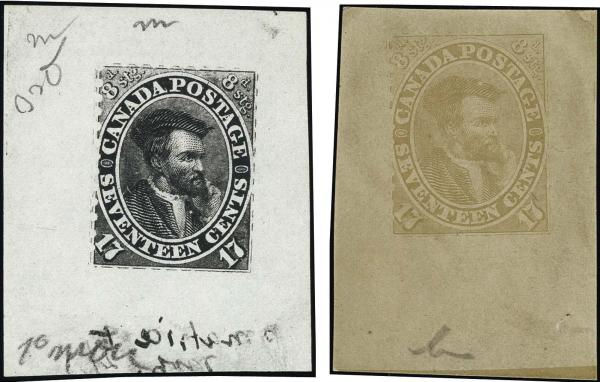 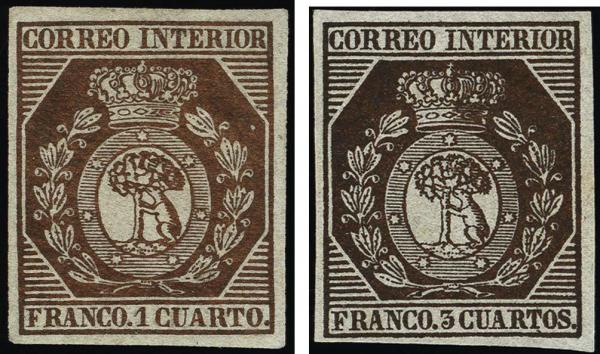 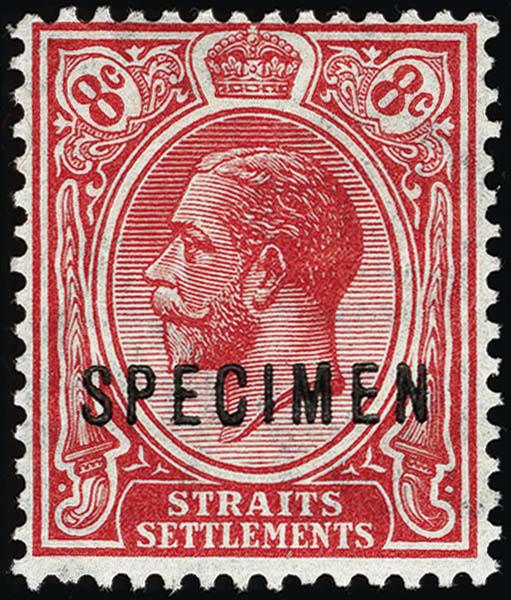 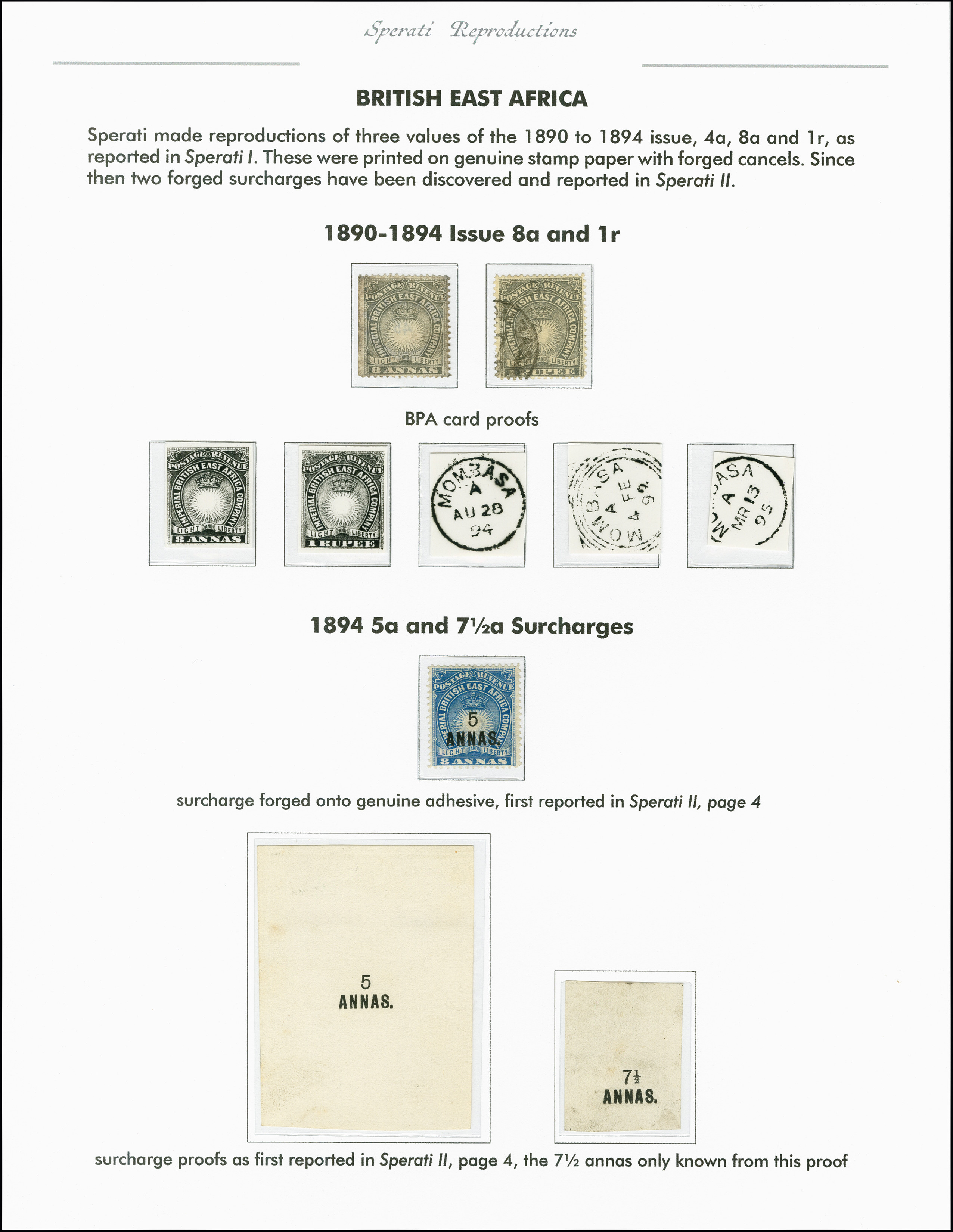 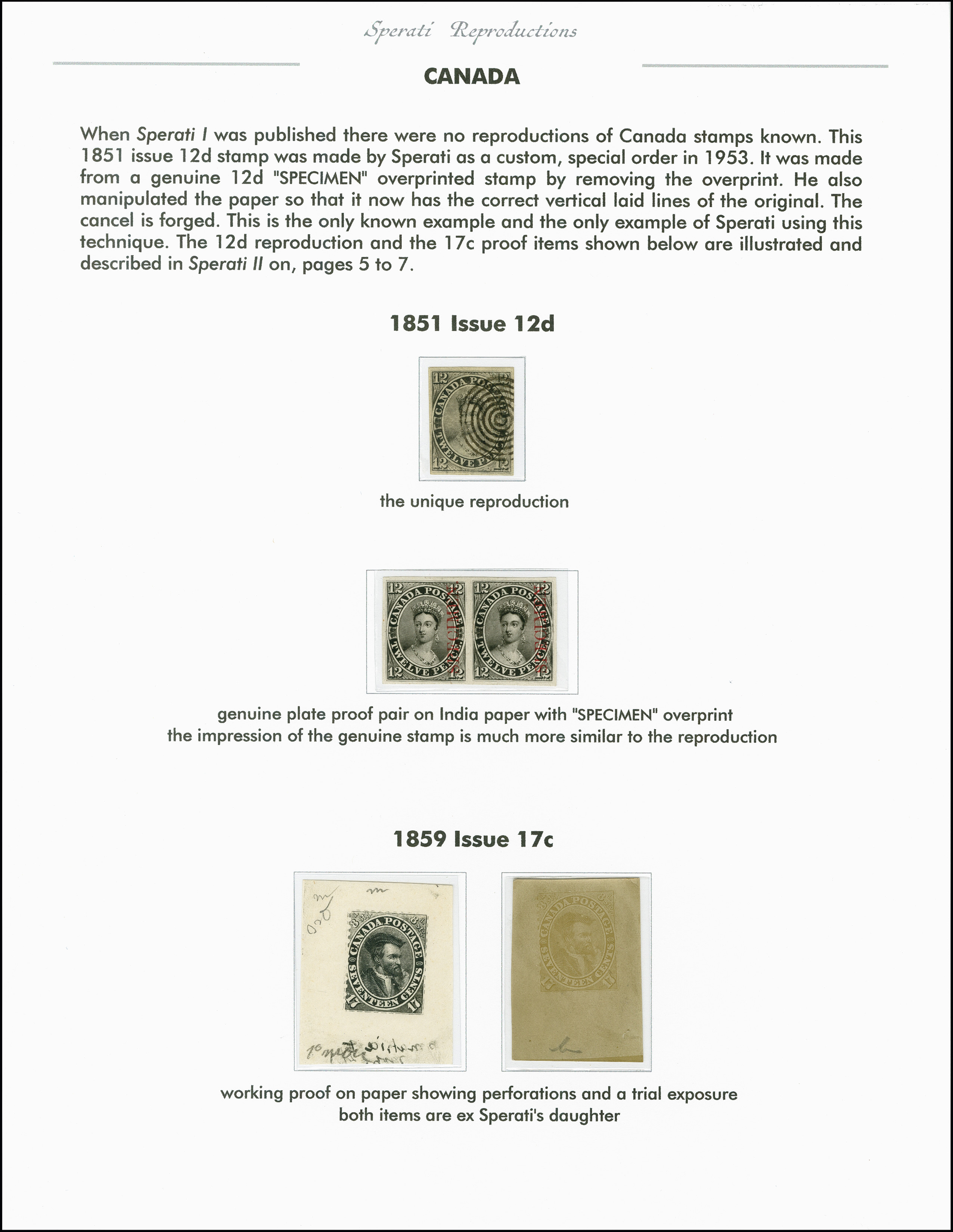 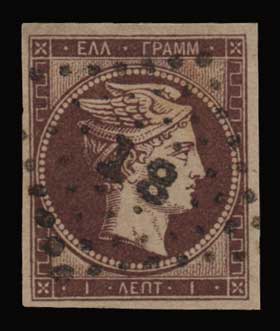 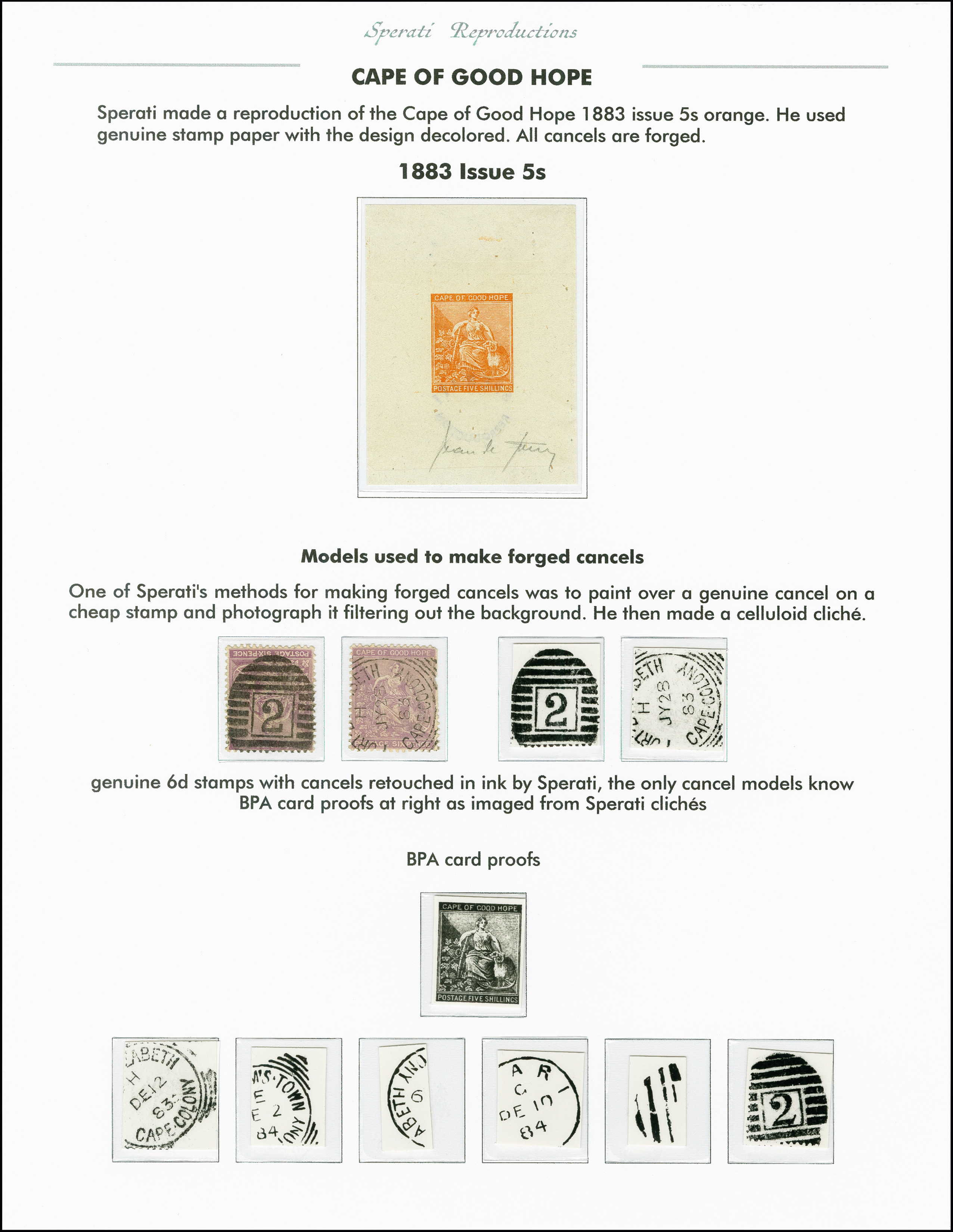