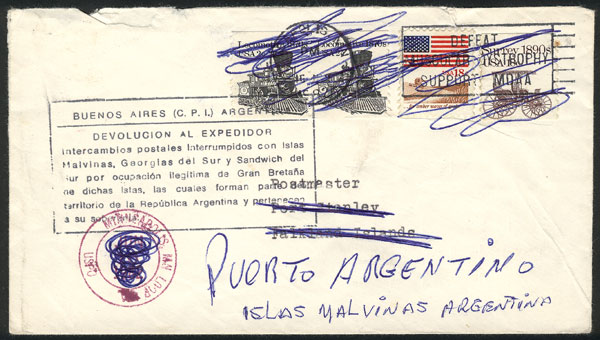 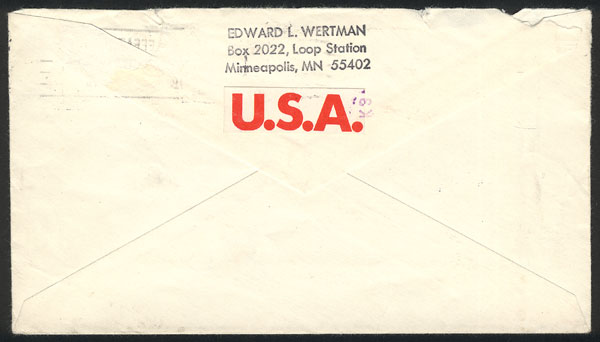 Cover sent from USA on 16/JUN/1982 (2 days after the end of the Argentina-Great Britain war over the sovereignty of the Falkland Islands) to the "Postmaster, Port Stanley, Falkland Islands", and as it was usual BEFORE the conflict, the cover was sent by the US postal service to Buenos Aires to be redirected to its final destination. Upon arrival in Argentina (it shows the typical phosphorescent marks of the automatic sorting machines used at the time), a mail clerk crossed out the English names and wrote "Puerto Argentino - Islas Malvinas - Argentina", he also crossed out the American postage and postmark (possibly expressing his anti-American feeling given the help of that country to Great Britain during the war), and finally the cover received a very rare rectangular marking in black with a long inscription: "BUENOS AIRES (C.P.I.) ARGENTINA – RETURNED TO DISPATCHER – Postal exchanges with the Falklands Islands, South Georgia and the South Sandwich Islands are interrupted due to the illegitimate occupation by Great Britain of these islands, which are part of the Republic of Argentina and belong to its sovereignty." Extremely rare example of the consequences to the postal communications with the islands that arose after the war, until new routes were established away from Argentina. A rare piece for a great collection!

We are a team of 7 people under the leadership of Guillermo Jalil, professional... Read More 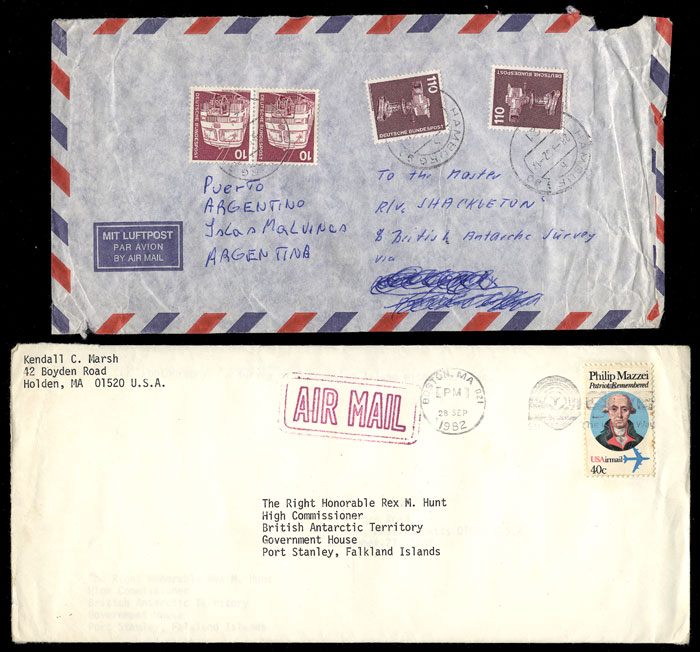 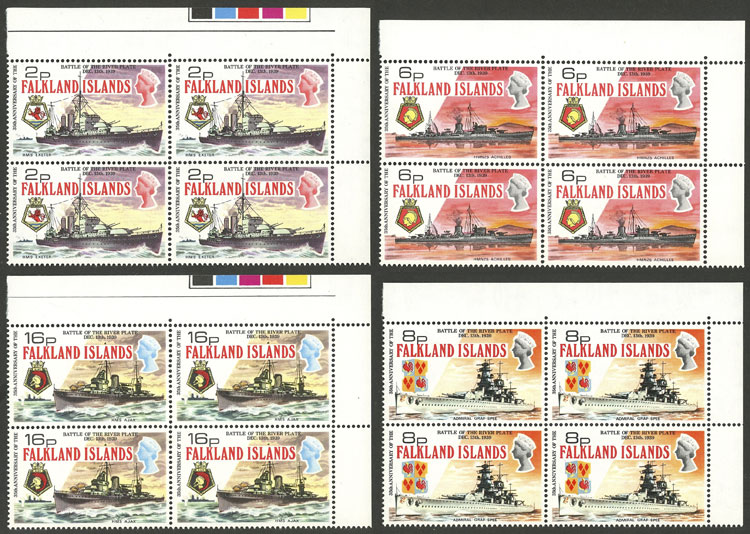 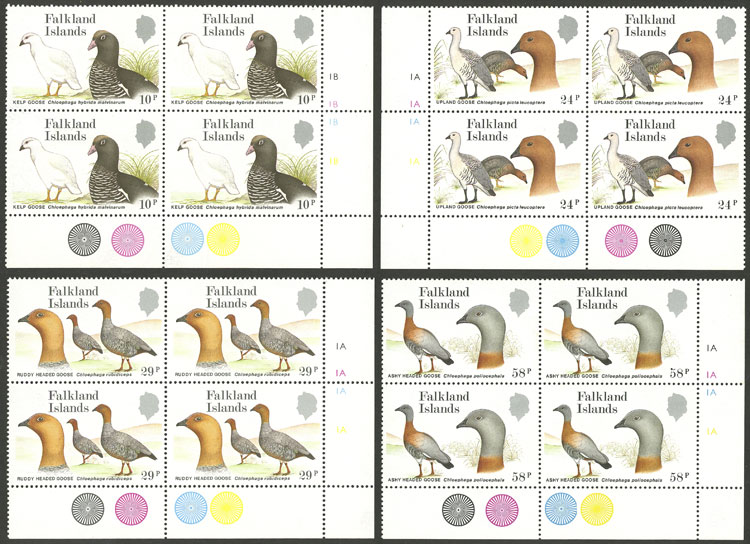 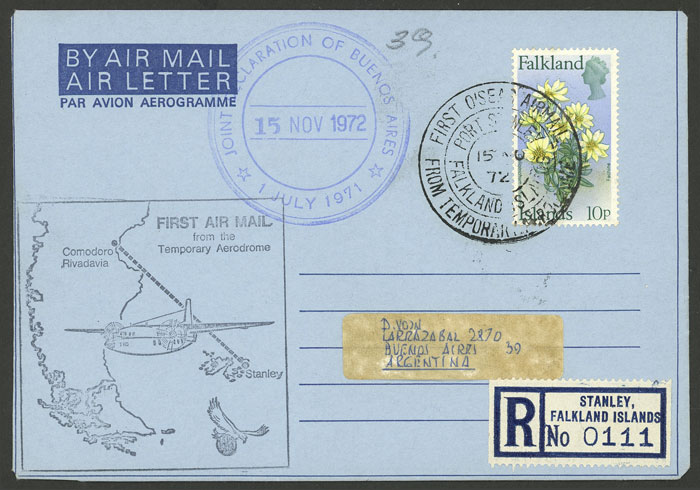