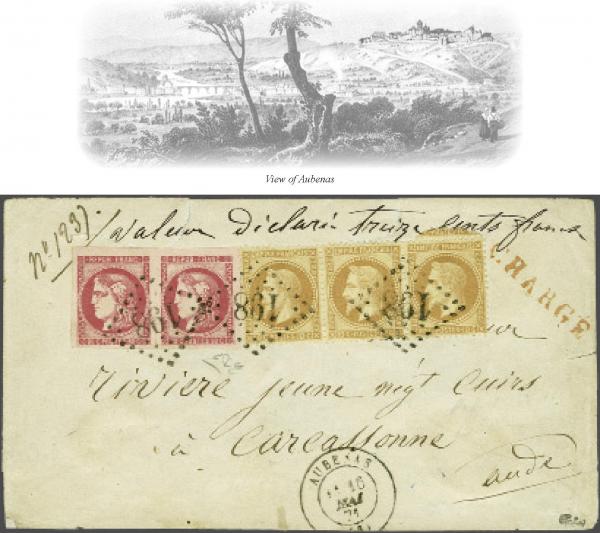 1869: Envelope with an insured value of 1'300 francs from Aubenas to Carcassone, bearing Napoléon laureated 10 c. bistre type II in a horizontal strip of three in mixed franking with Bordeaux 80 c. rose in a horizontal pair, all stamps with fresh colour and good perforation respectively margins, tied by Gros Chiffres '198' numeral lozenge, despatch cds (May 16, 1871) and CHARGÉ in red alongside. Reverse with timbre indicatif de chargement, ambulant and arrival cds's of the next day. Roughly opened not affecting the franking, seal detached from the reverse, nevertheless an exceptional cover and rare combination franking. Certs. E. Diena (1980), Calves (1988).rnNote: Up to June 1870, the total postage included the letter rate, in this case 40 c. for a double rate item, a fixed rate of 20 centimes and an insured value fee of 10 c. for each 100 fr. or parts thereof, in this case 130 c., in total 190 c. correctly franked.
Catalogue 260: Italy, France and European Countries 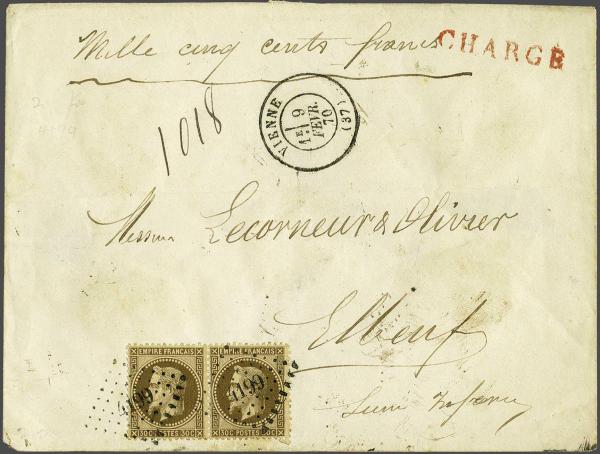 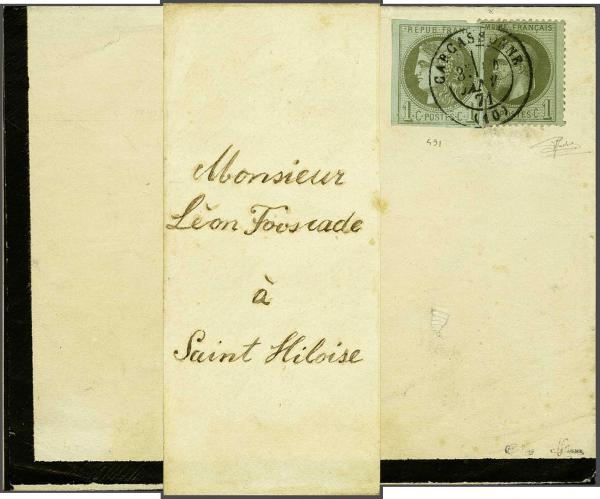 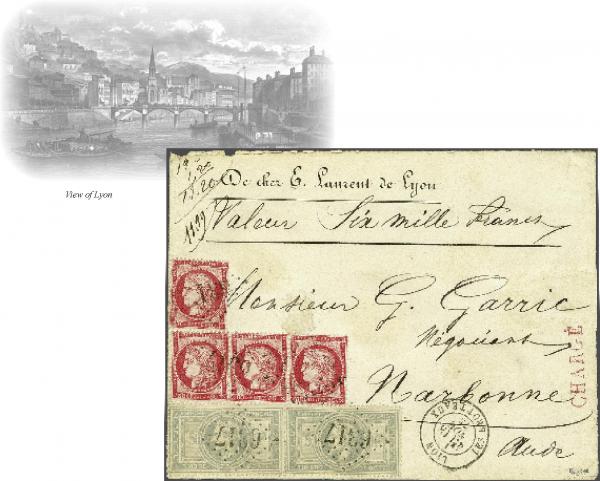 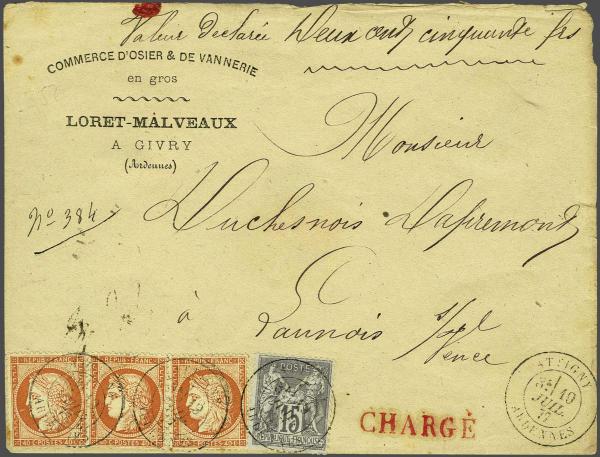 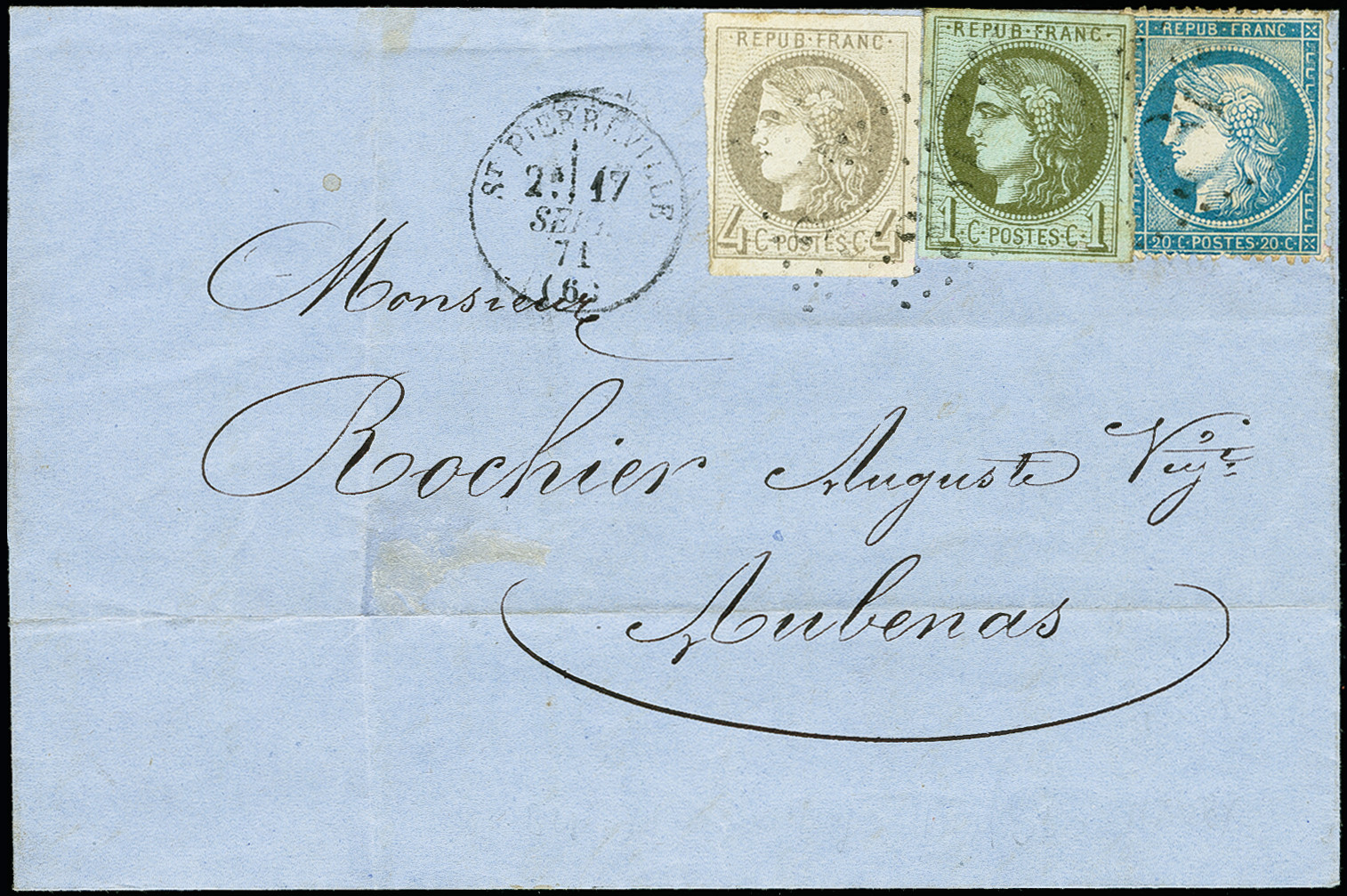 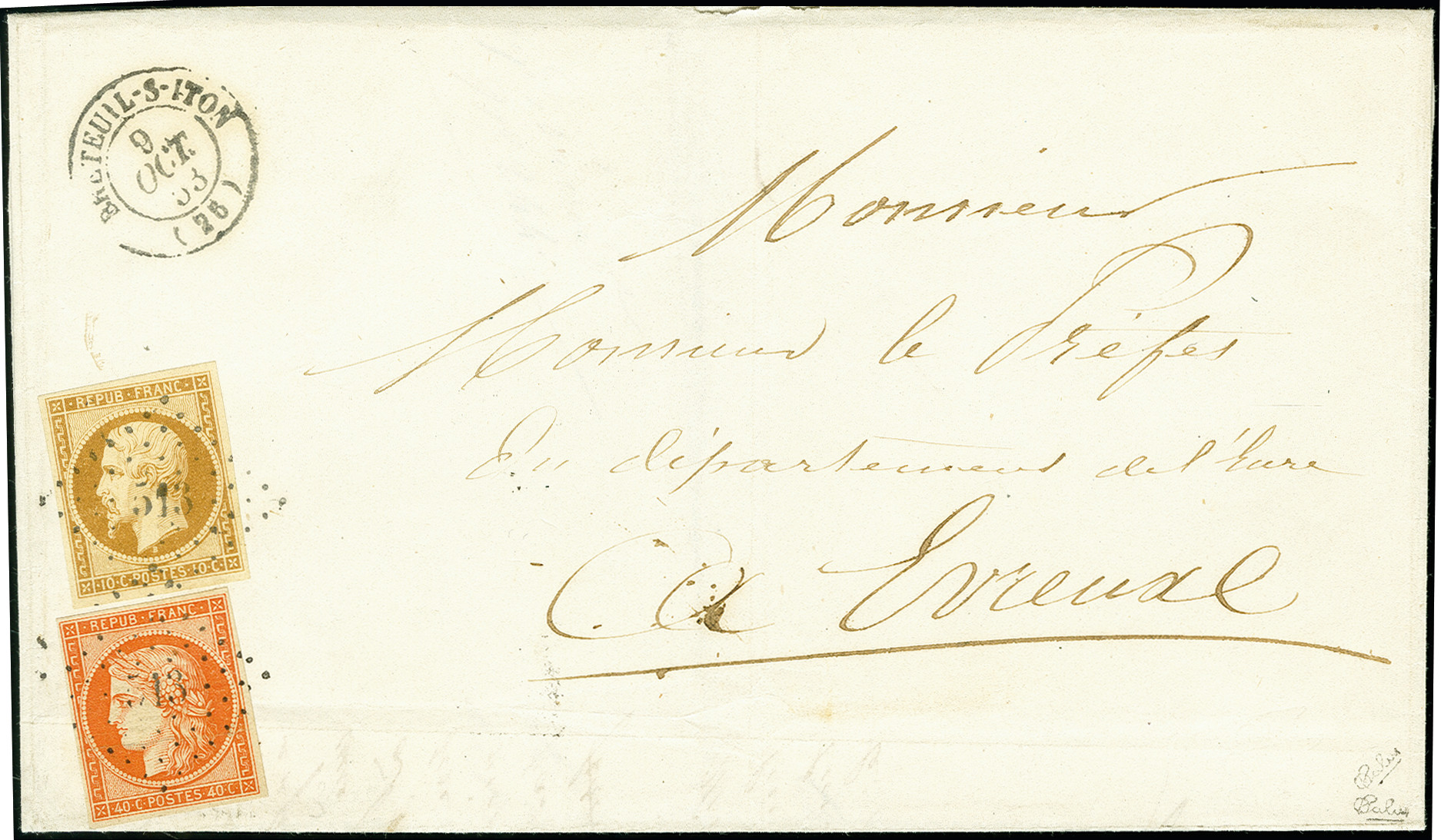 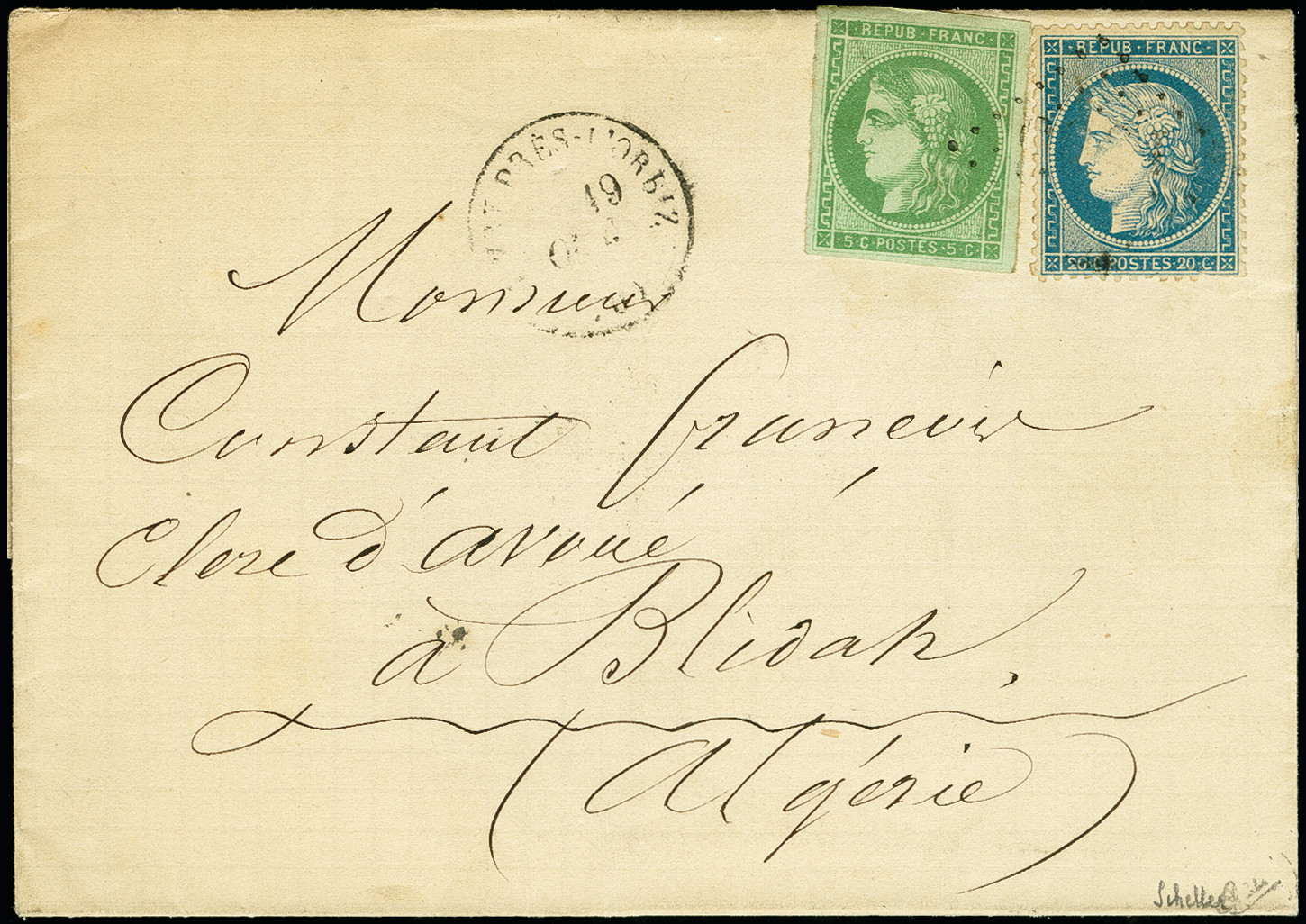 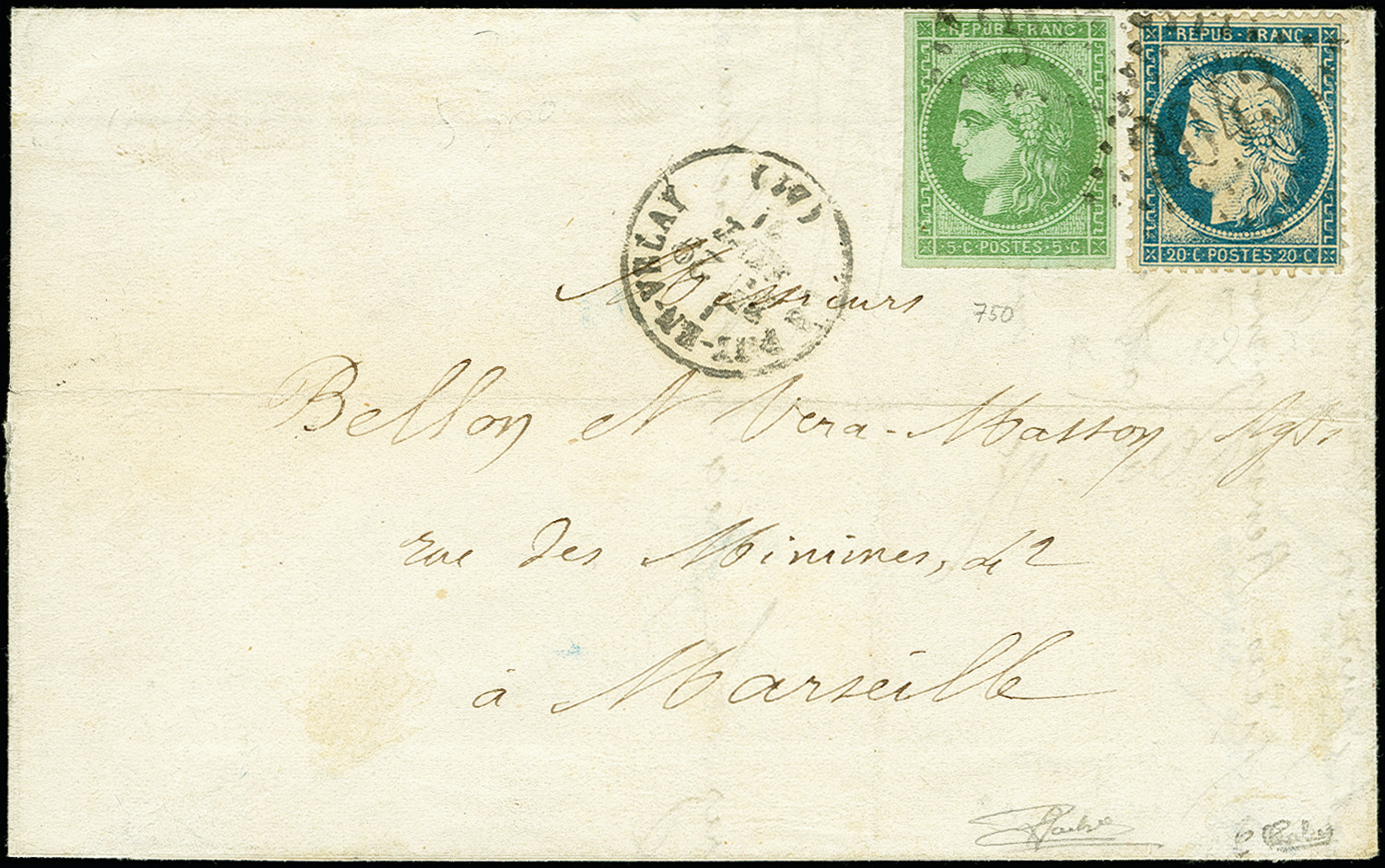