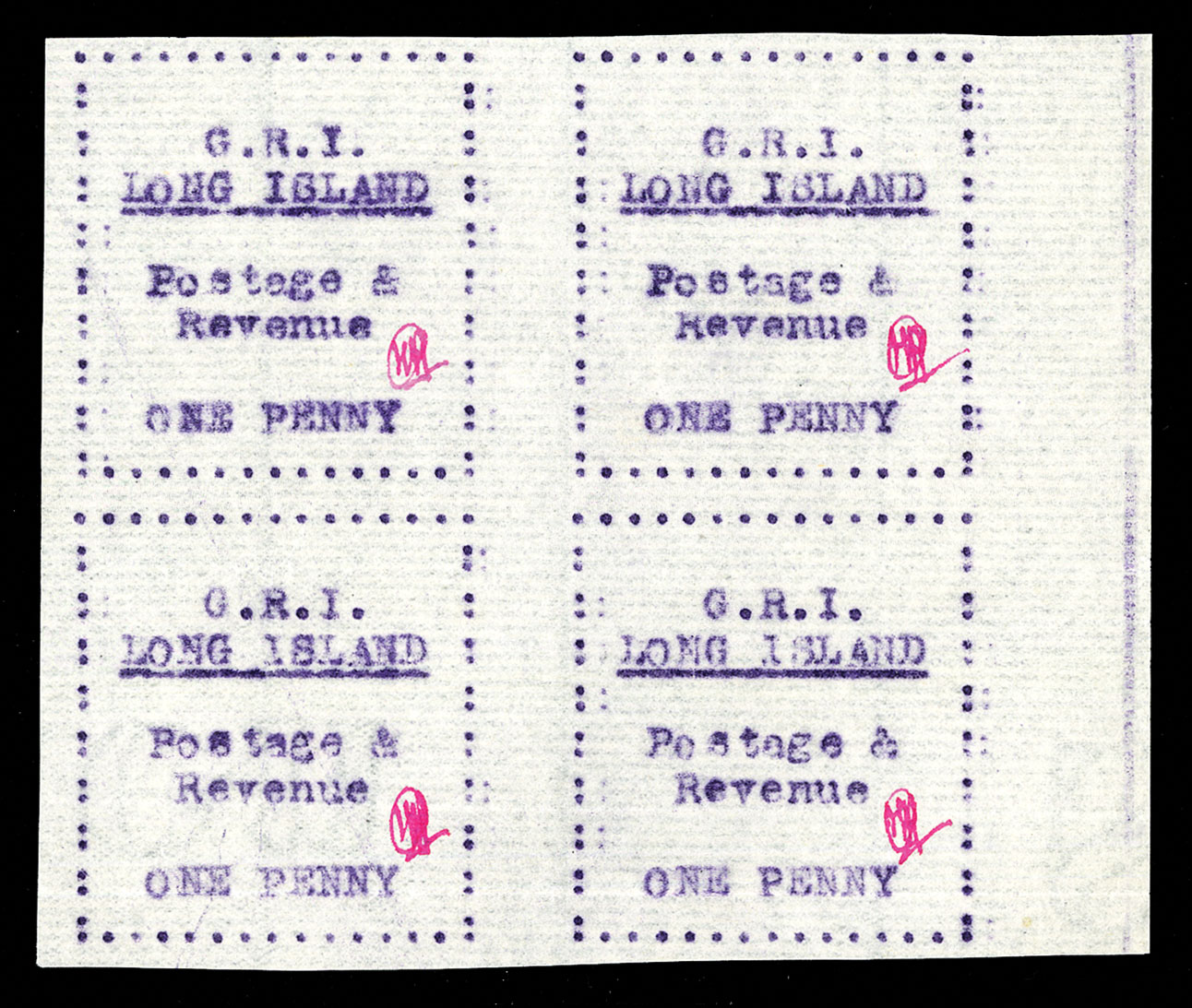 1943 The German Armed Forces in the Balkans and Greece faced serious resource issues in August and September 1943 if Italy decided to surrender to the Allies. On September 24, 1943 Field Marshall Freiherr von Weichs stated very strongly that the shortage of resources of all types and the scope of the task to defend the Balkans and surrounding islands must be considerably reduced. He regarded Greece and the greater part of the Greek sea area to be used only as an outpost. The Commander in Chief of the German Naval Forces supported this position indicating the eastern most islands in the Mediterranean were valueless. Dismissing any thoughts regarding a lack of resources, Hitler as Commander-in-Chief, opposed such strategic thinking. On October 1, 1943 the directive for the future defense in Italy, the Balkans which included Greece, the Ionian Islands such as Corfu, Cephalonia, and Zante along with the easternmost Aegean Islands of Scarpanto, Milos, Cos, Leros, Samos, Chios, Mytilene, and Lemnos was issued. There was to be no retreat from the current occupied areas. This directive set the stage for the eventual occupation of Zante when Italy surrendered to the Allies. On October 2, 1943 the German armed forces led by Captain Leuth quickly pacified the island in contrast to the serious resistance to the German takeover that occurred on other Ionian Islands. On October 20, 1943 a directive was issued and signed by Captain Leuth, Island Commander, Athanassius Markettos, Prefect Commissioner, and Lukas Carros, the Island mayor, that stated:
"Considering that since the overthrow of the Italian authorities on Zante, no Greek postage stamps have been received for the use of postal services of the island and that those issued by the Italian occupation of the Ionian Islands are still in use and with the verbal authorization of the Commanding German Forces for the overprinting by a special commemorative marking of the said postage stamps of the Italian occupation. We decide that all postage stamps now in the hands of the Post Office of Zante and the public Treasury
of Zante with the overprint Isole Jonie be overprinted with a special stamp having in a frame the "Ellas" and underneath the date 2.X.43, the day when the Greek national flag unfolded again on the Prefecture building of Zante". Thus the Zante issue of October 21, 1943 came into existence). Collection on 21 pages, well written-up, with 213 unused stamps, one 30c unused stationery card and five covers (including one card). There are singles and blocks of four of the unissued 10c brown, blocks of four and eighteen of red and black overprints of the three issued stamps, numerous varieties, including vertical overprint reading up, inverted overprint, single overprint struck on a horizontal pair, strips of three with diagonal overprint, vertical overprint reading down, missing and partial overprints in blocks with fully overprinted stamps, bottom sheet margin strips of ten signed by the Prefecture Commissioner "Arg.Votsis", 50c horizontal gutter pair, inverted overprints, missing "I" of "Isole" (single and position 7 in block of 16), etc. Stamps appear to be n.h., mostly signed Drossos, GPSY, Diena, with two Brunel certificates. A truly remarkable collection, €65,000++
Estimate: $25000 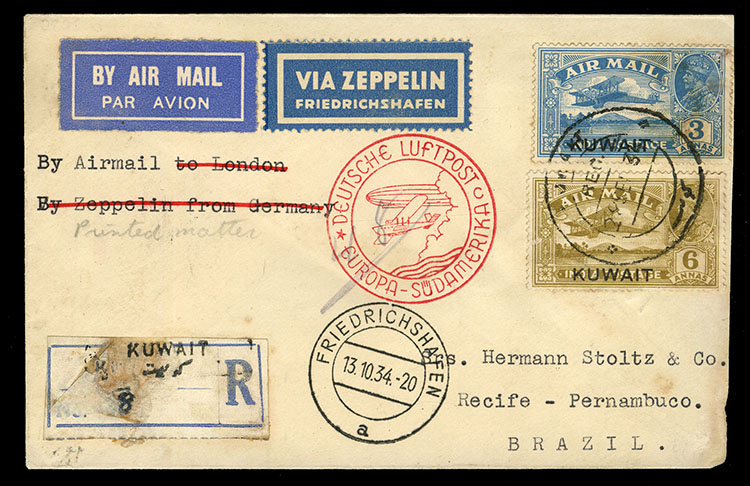 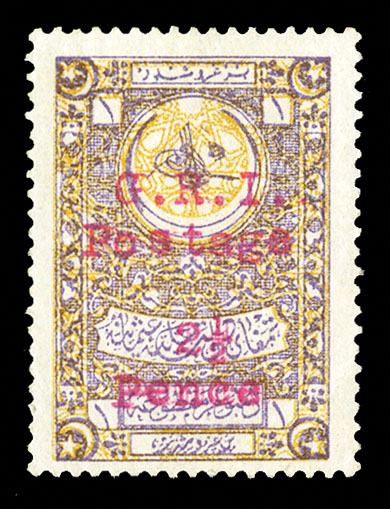 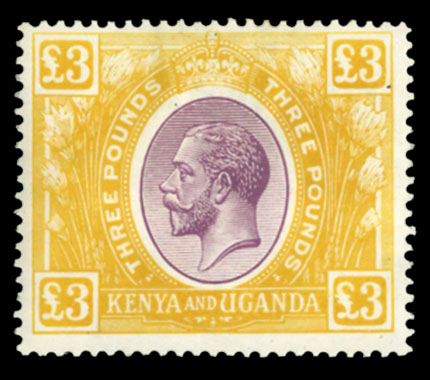 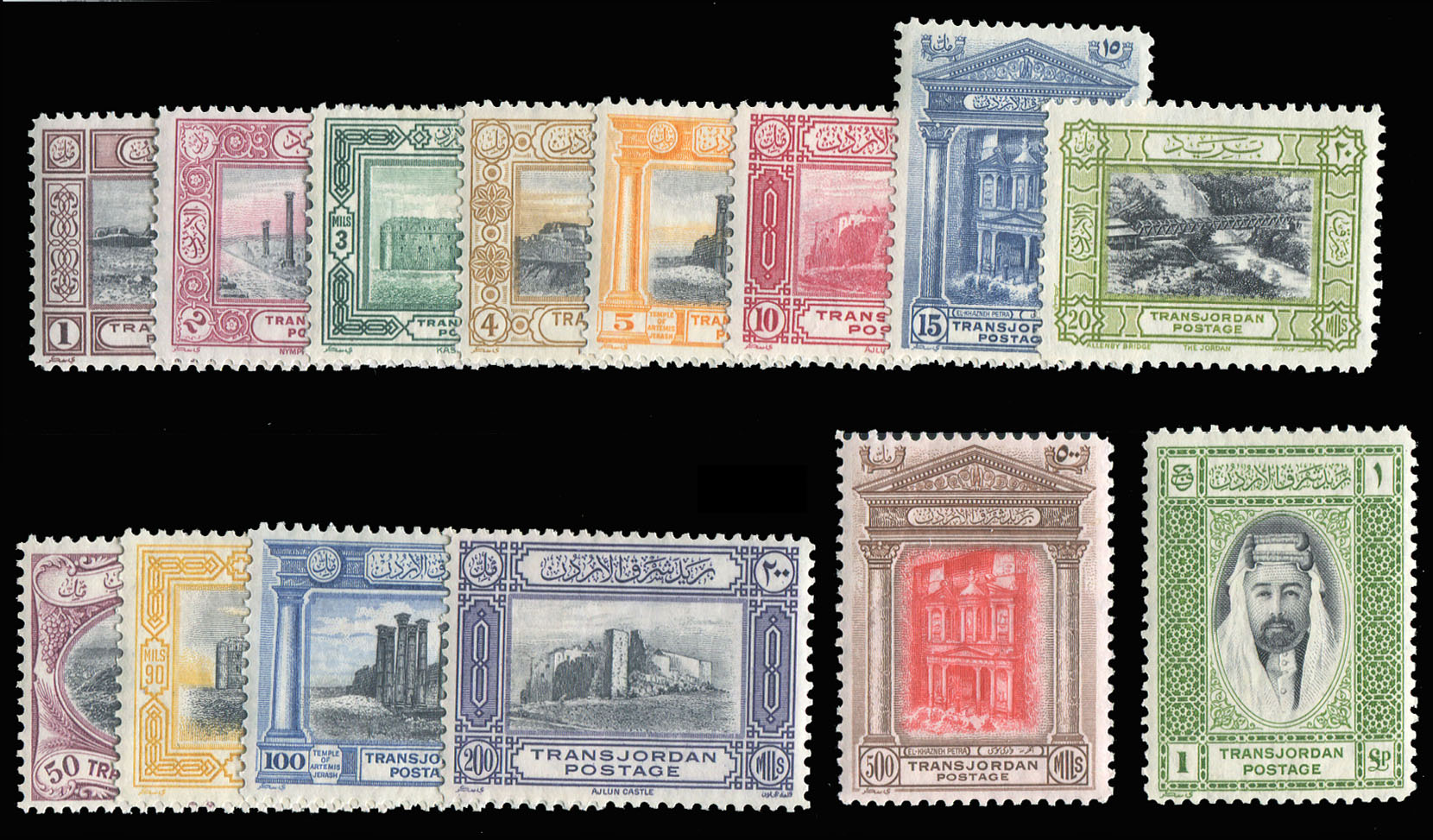 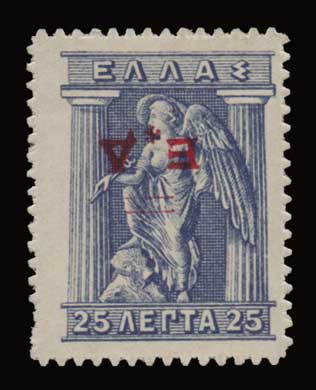 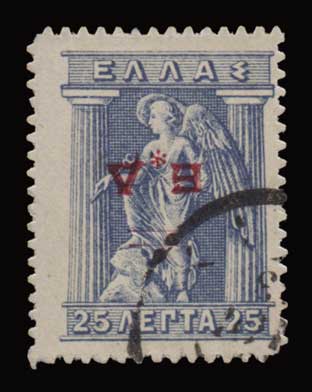 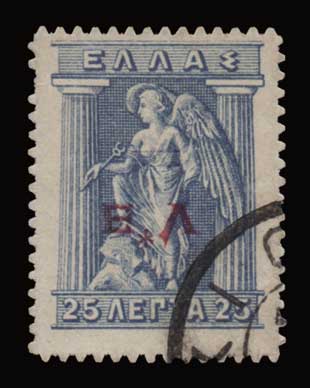