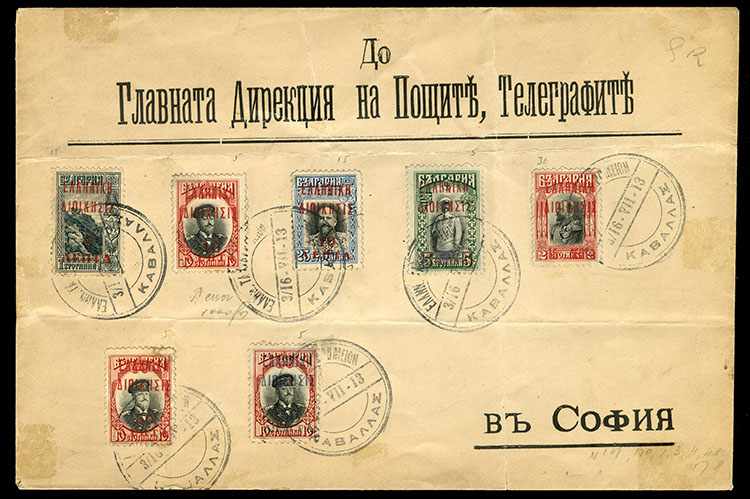 1890 (9 Dec) registered cover from St. Petersburg, franked with pair of 10k dark blue and 5x2k green on back, addressed to the Grand Duke Alexander Mikhailovich, "Yacht Tamara" care of Russian Consulate in Colombo, Ceylon, sent via Brindisi (25.12.1890 Christmas Day), arriving in Colombo on January 2, 1891, filing folds and backflap tears, away from the stamps, fine cover to an uncommon destination (the letter was supposed to wait for the return of the royal yacht "Tamara", with Grand Dukes Sergei and Alexander Romanov on board, from their voyage to Sumatra. The voyage of the "Tamara" took place in 1890-1891. It was part of the education of Russian grand dukes (sons or grandsons of a tsar) to make a voyage to distant seas on a royal sailboat. Grand Dukes, brothers Alexander and Sergei accompanied Nicholas who was traveling on his frigate "Memory of Azov", to India. At Ceylon, the future tsar stayed in India to sightsee and hunt elephants while the brothers on board of "Tamara" went to Sumatra to explore the ocean currents and the possibility of setting up a Russian naval base there. The voyage was interrupted by the unexpected death of the Dukes' mother, Grand Duchess Olga, and in spring 1891 the brothers returned home to St. Petersburg)
Estimate: $250 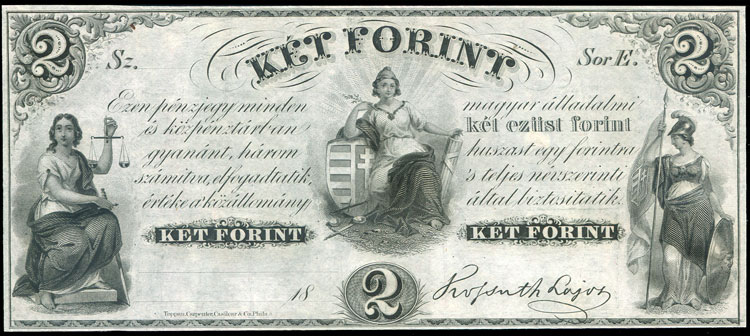 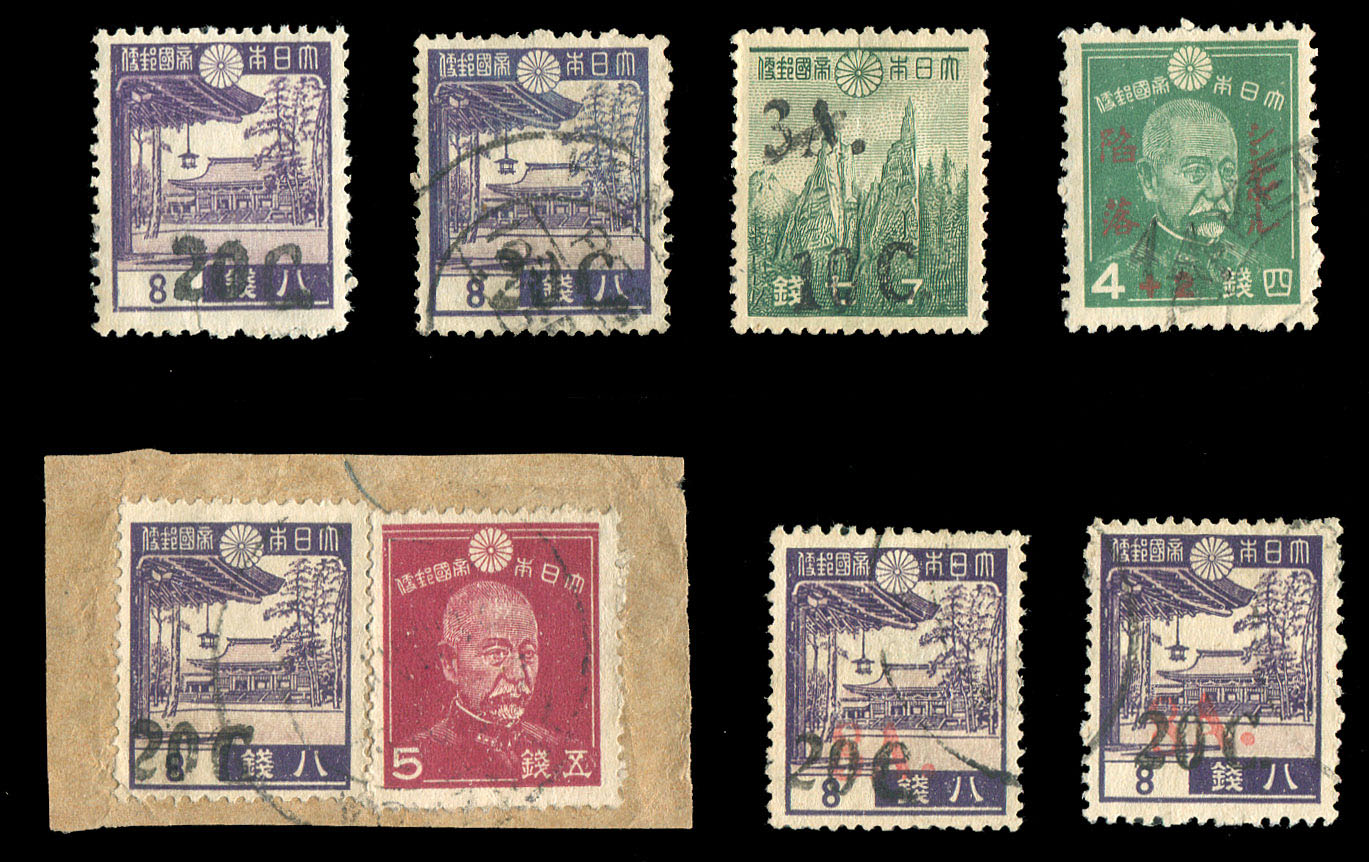 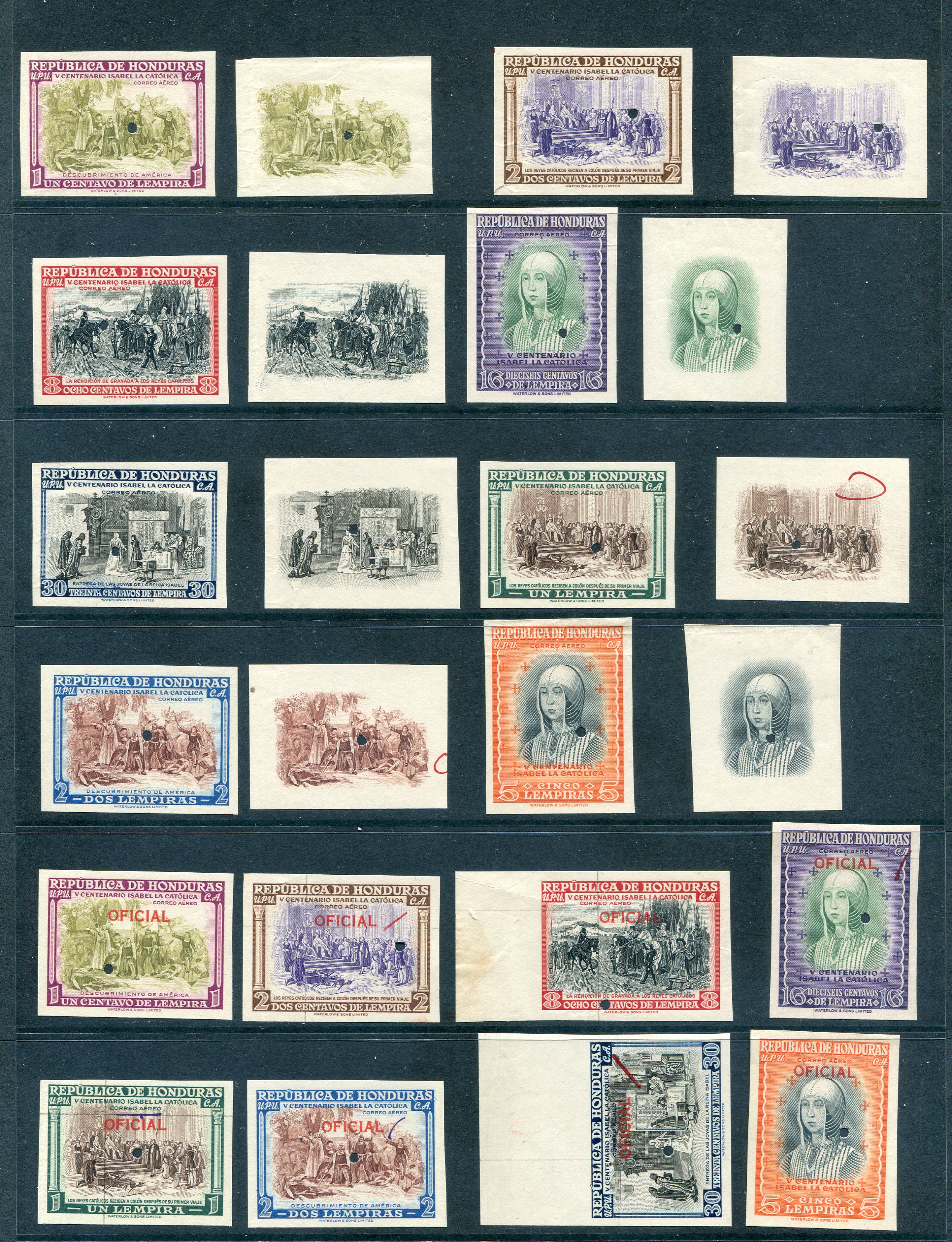