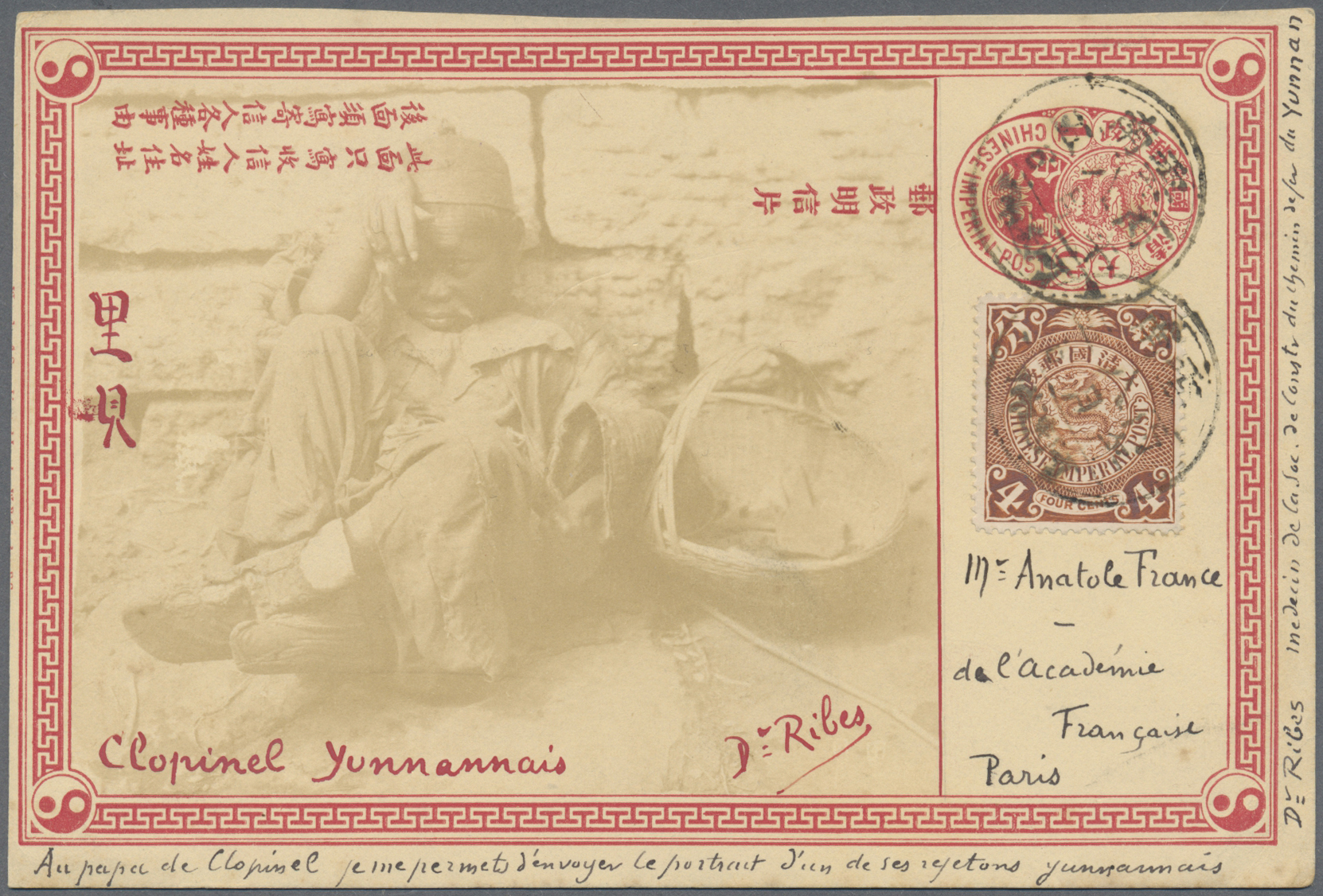 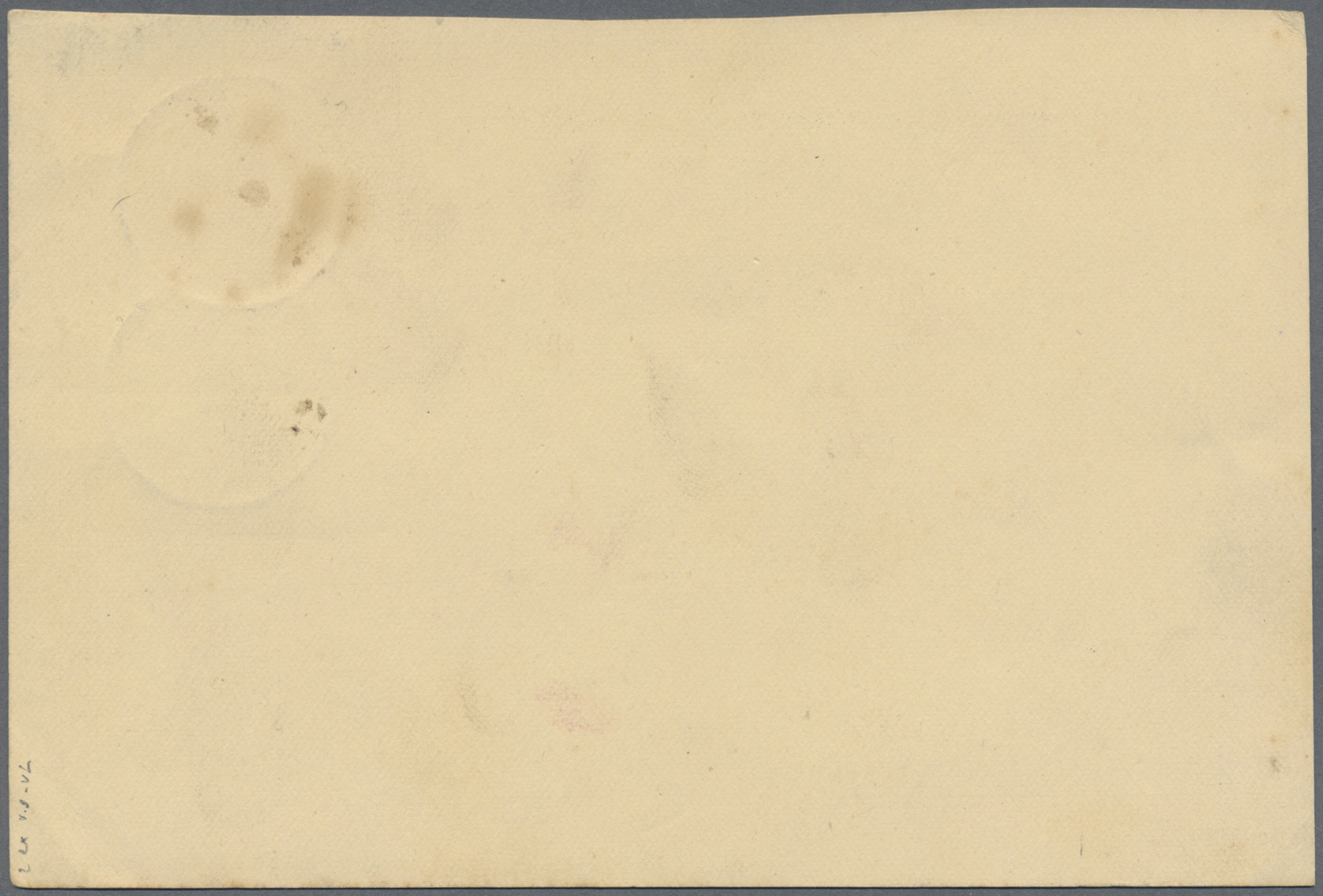 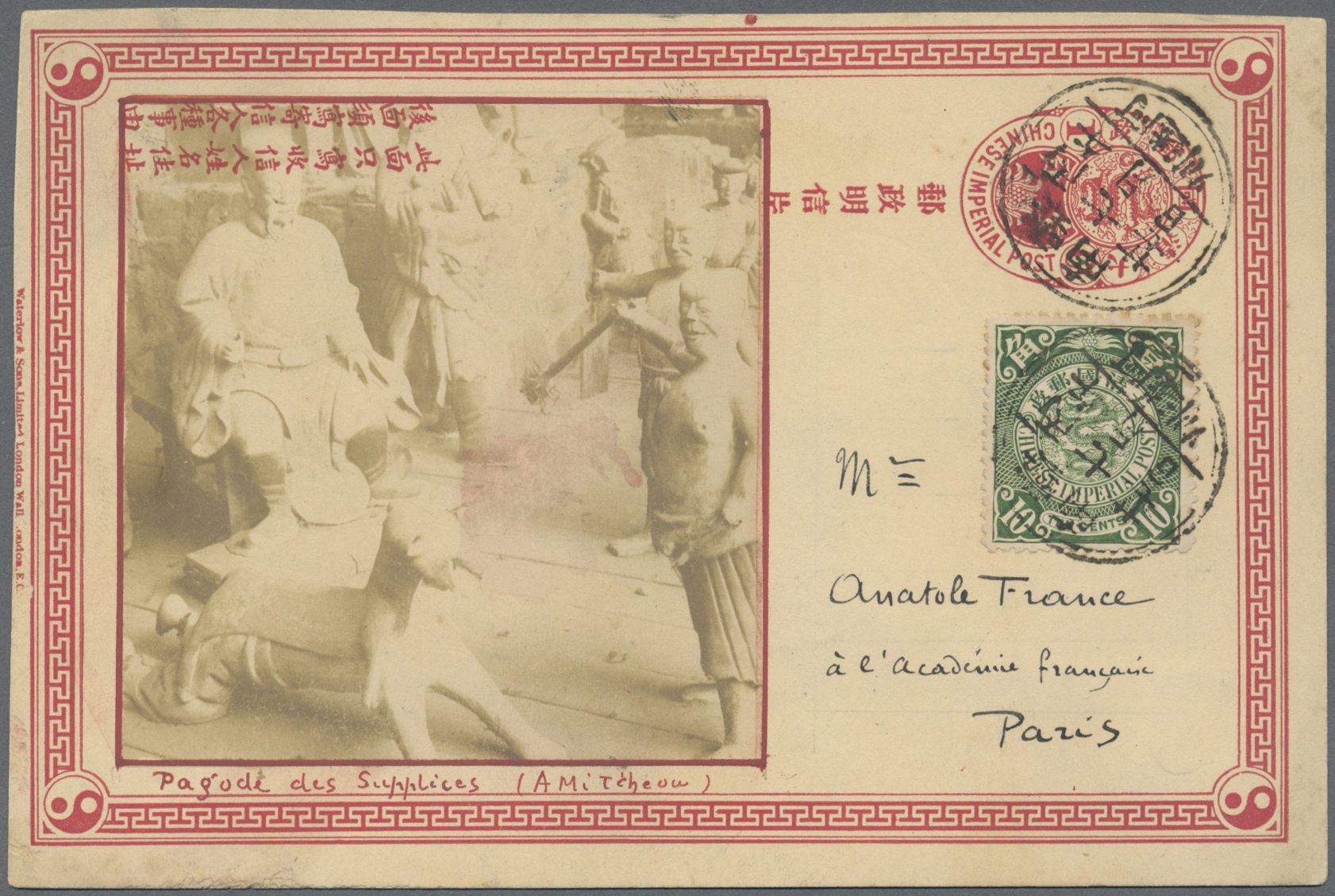 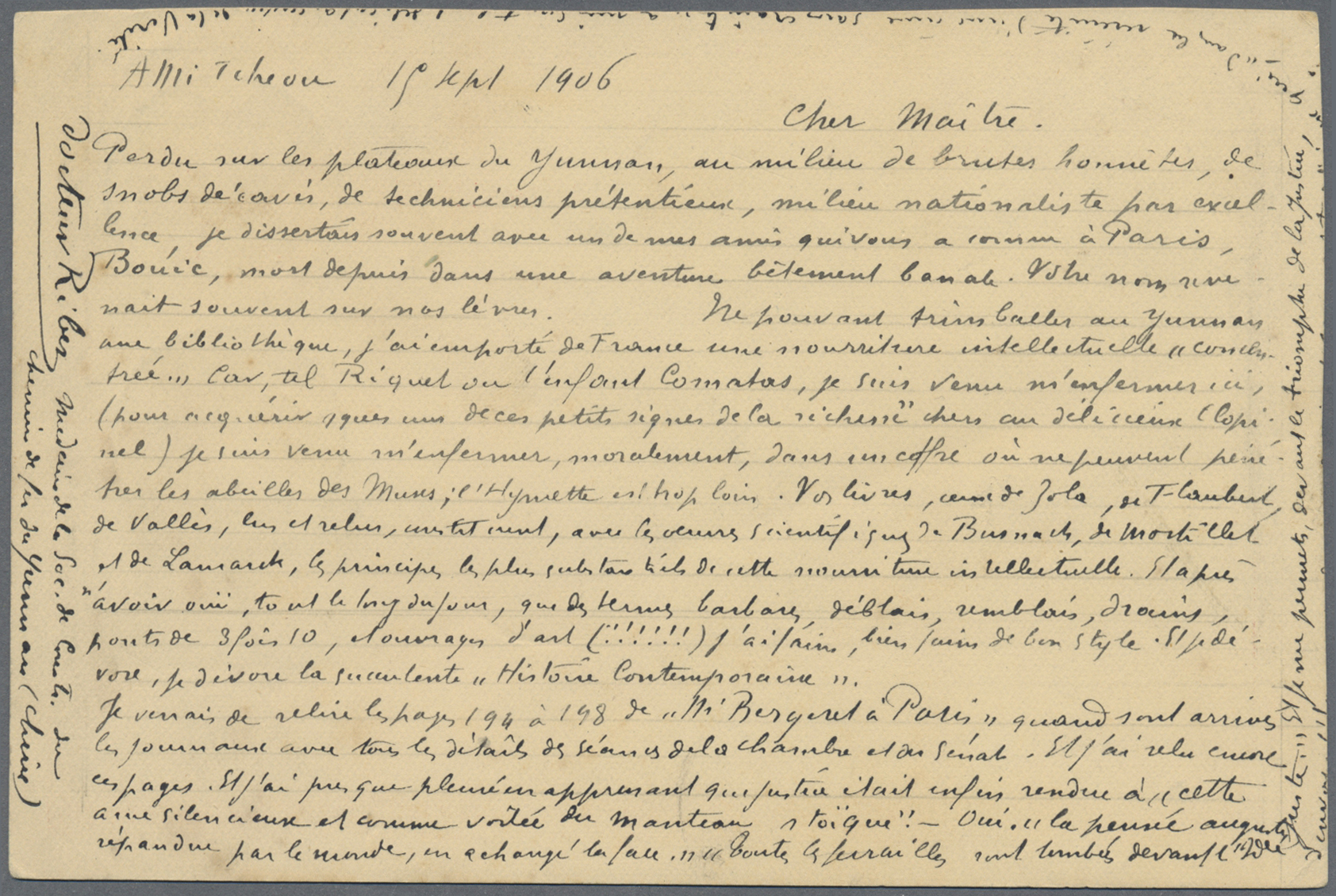 China - Ganzsachen: 1898, two cards CIP 1 C. with lithographic images from Yunnan province (clay fig
1898, two cards CIP 1 C. with lithographic images from Yunnan province (clay figurines in a Pagoda at Amichow / beggar on the road) send to NOBEL PRICE LAUREATE ANATOLE FRANCE(1844-1924) c/o Academie Francaise, Paris. Both uprated coiling dragon 4 C. or 10 C. and cancelled by lunar dater "Yunnan Amichow -.7.27". The cards have been sent by "Dr. Ribres medecin de la société de construction du chemin de fer du Yunnan" (Yunnan railway construction) and are dated "A Mi Tcheou 15 Sept 1906". The interesting contents discuses topics related to art and literature. THE ONLY RECORDED MAIL SENT FROM CHINA DURING IMPERIAL TIMES TO A NOBEL PRIZE WINNER.
Anatole France (16 April 1844 – 12 October 1924) was a French poet, journalist, and novelist. He was a successful novelist, with several best-sellers. Ironic and skeptical, he was considered in his day the ideal French man of letters. He was a member of the Académie française, and won the 1921 Nobel Prize in Literature "in recognition of his brilliant literary achievements, characterized as they are by a nobility of style, a profound human sympathy, grace, and a true Gallic temperament". France is also widely believed to be the model for narrator Marcel's literary idol Bergotte in Marcel Proust's In Search of Lost Time.
Value Add Taxes (19%) will be added to the hammer price and the buyers premium.
View our Terms & Conditions 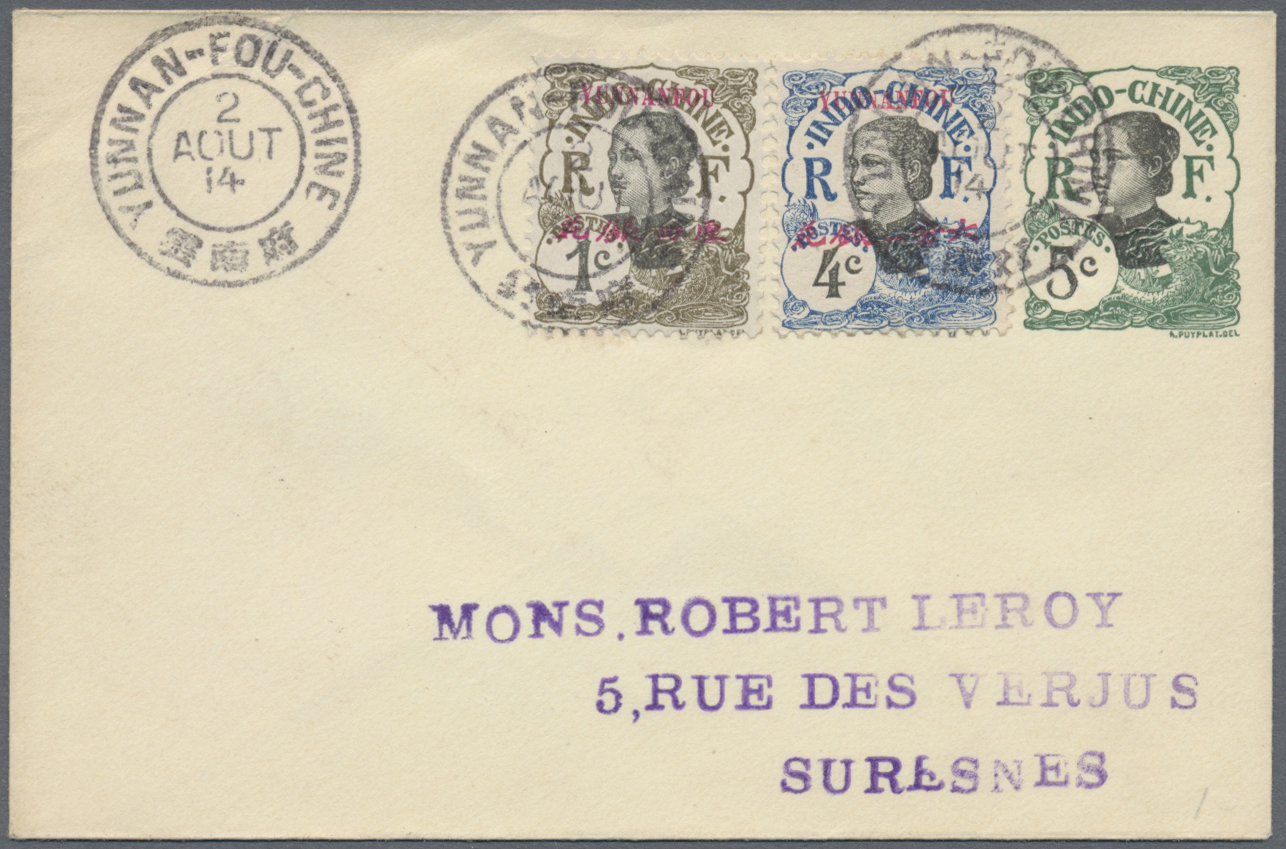 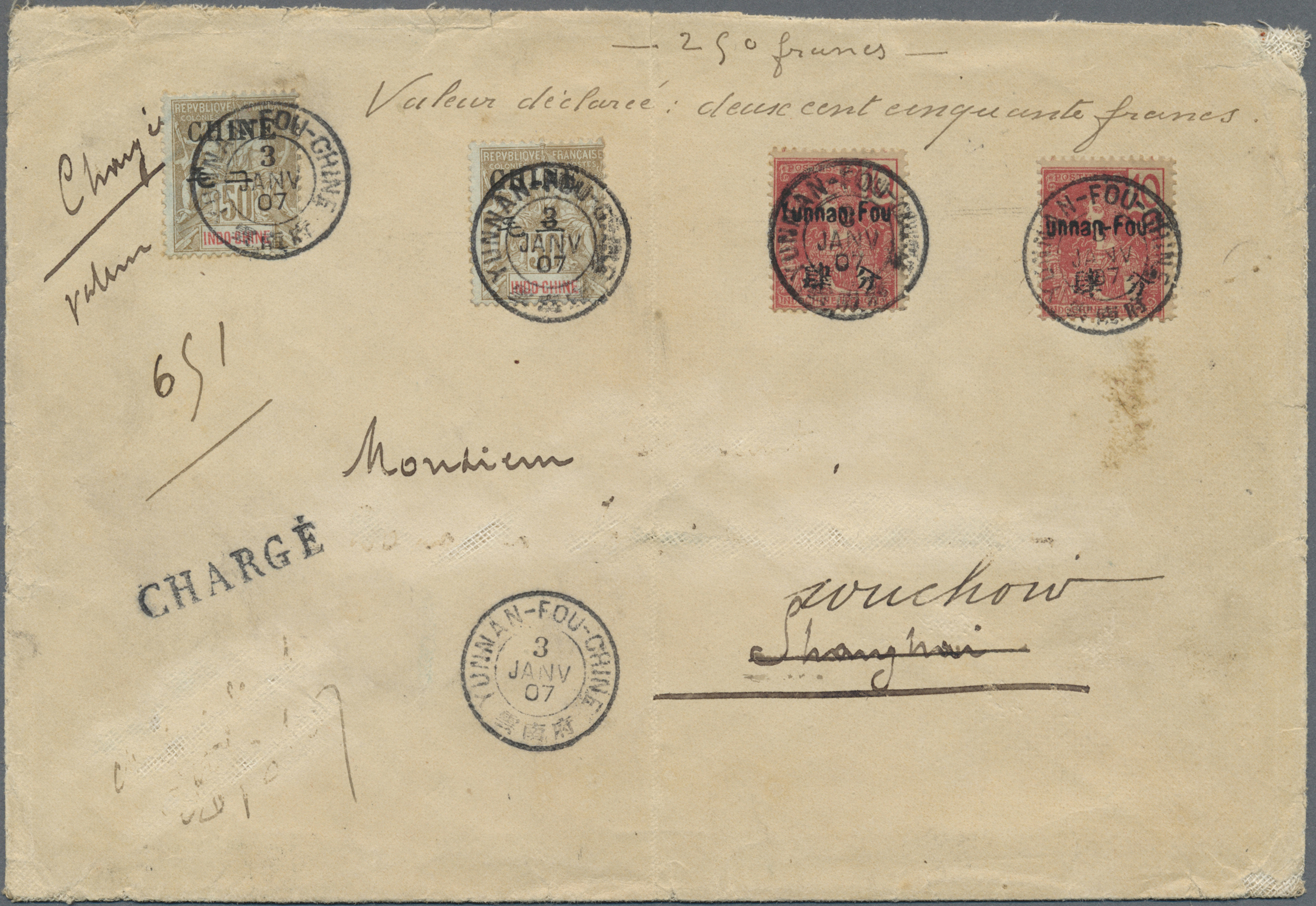 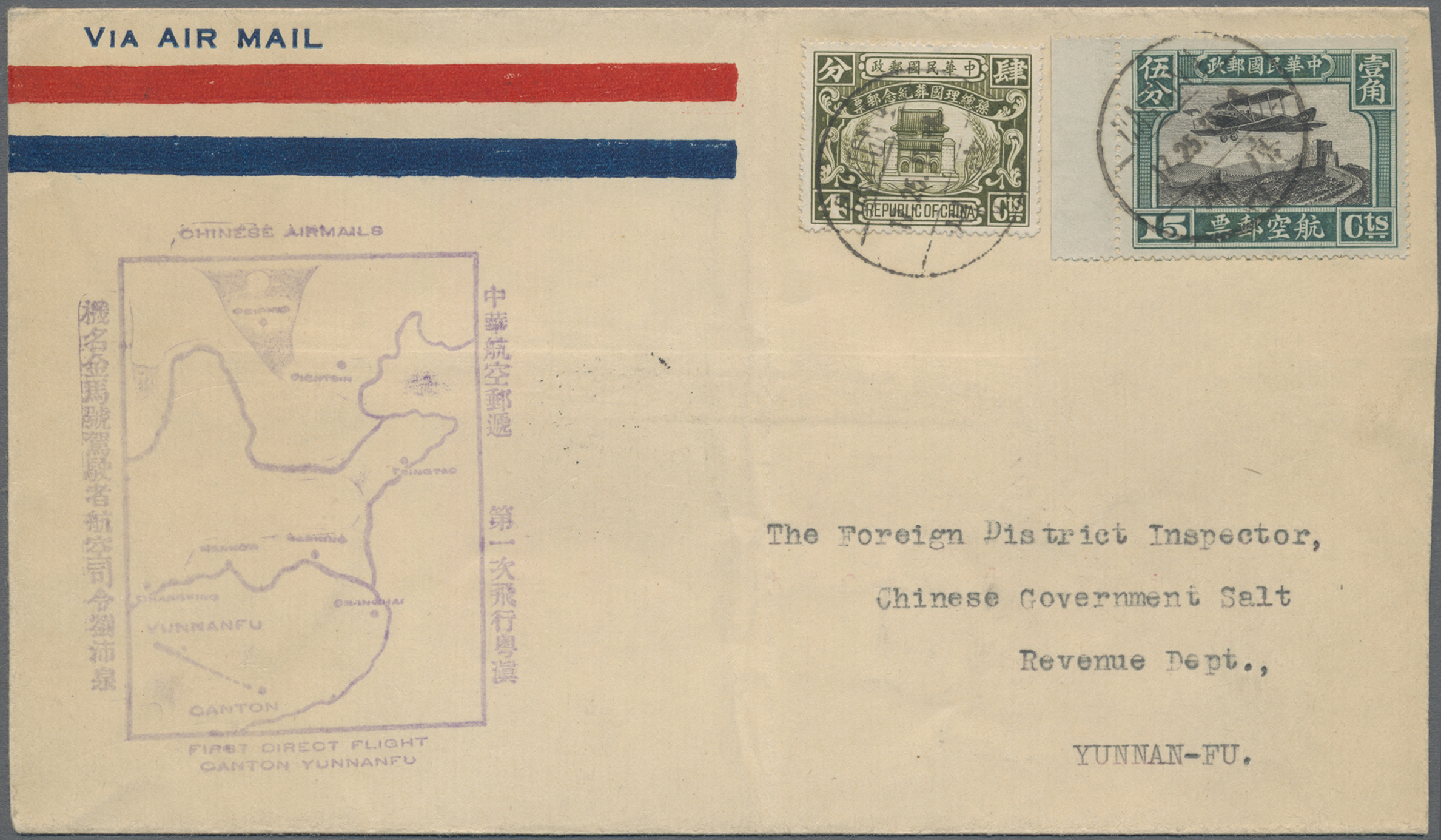 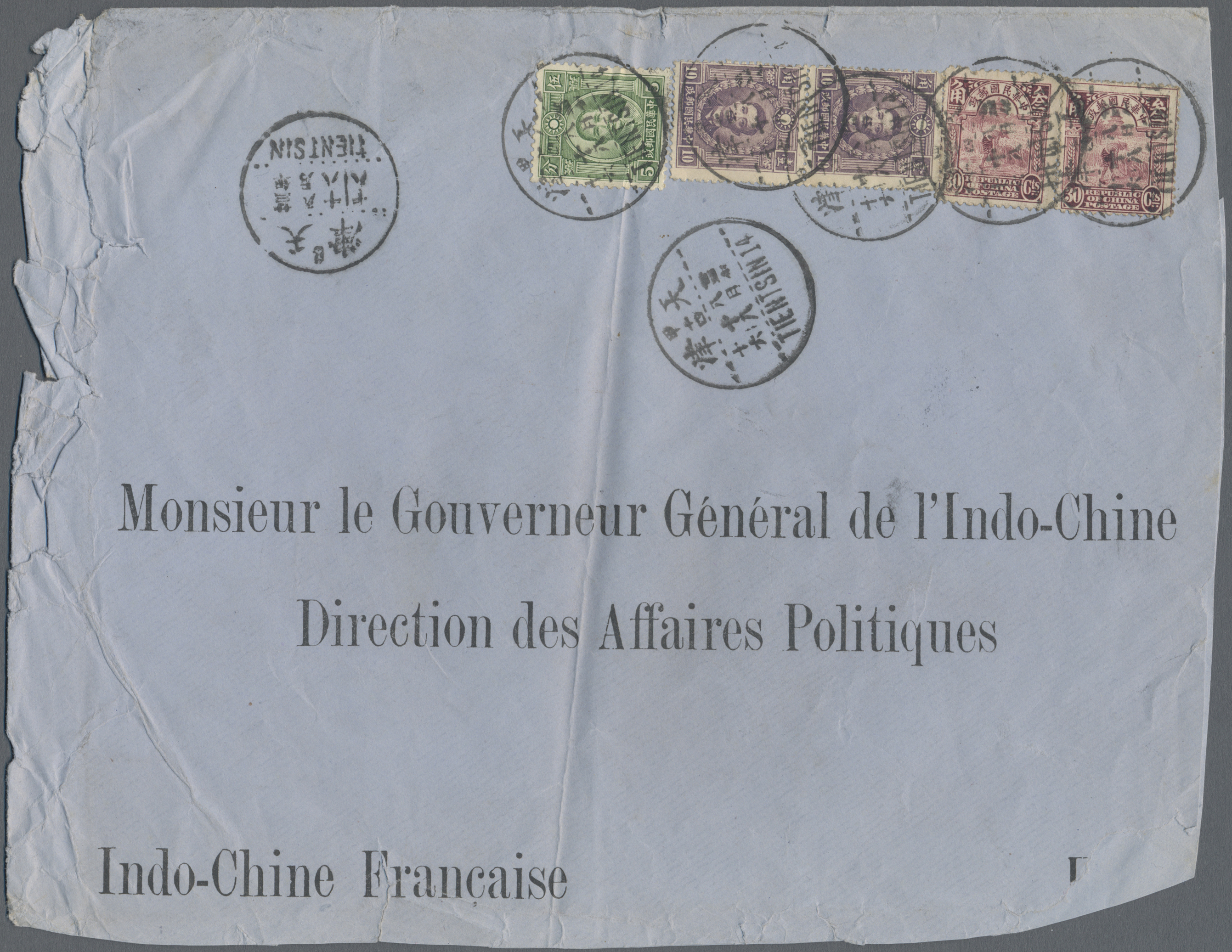 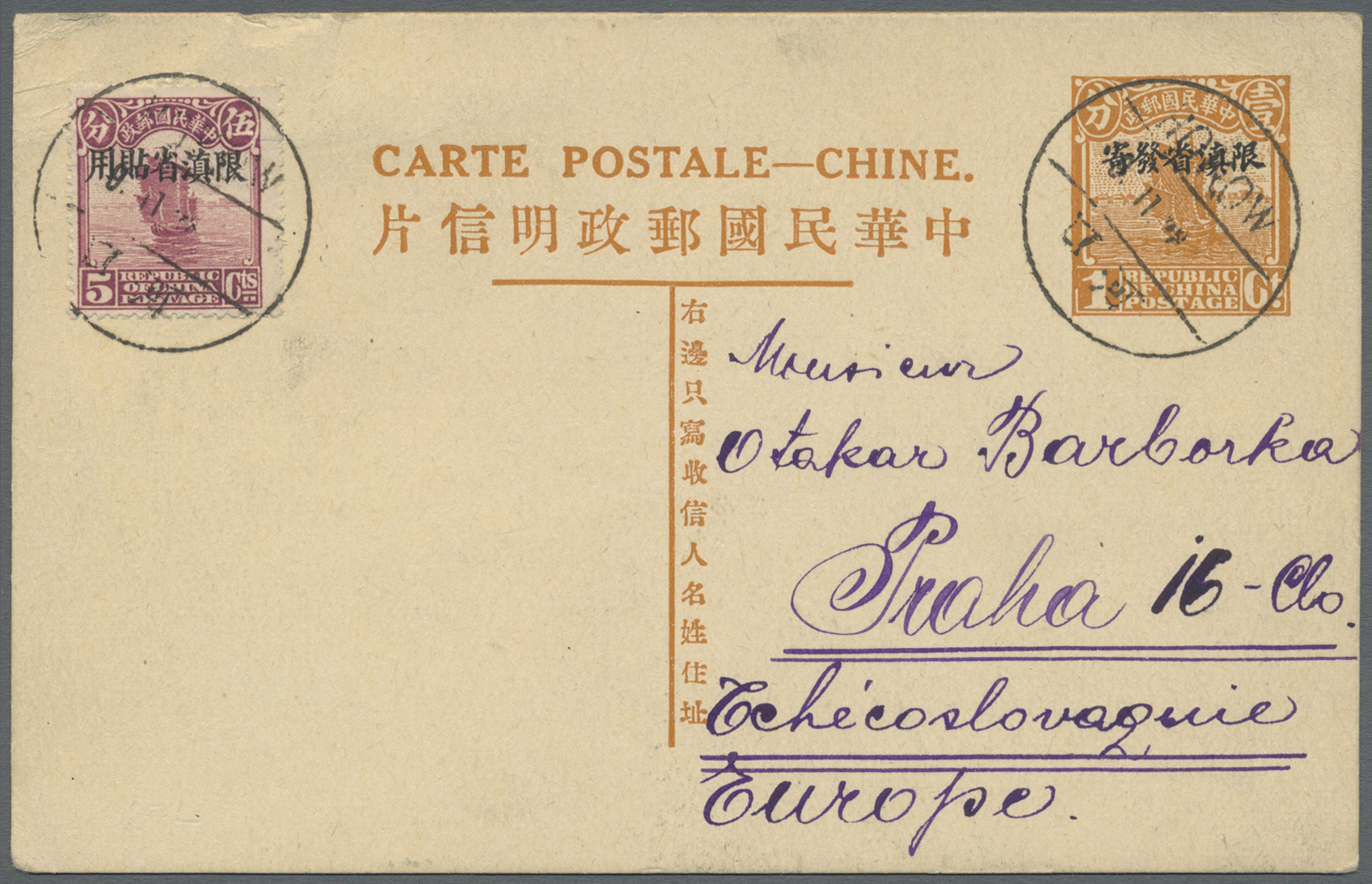 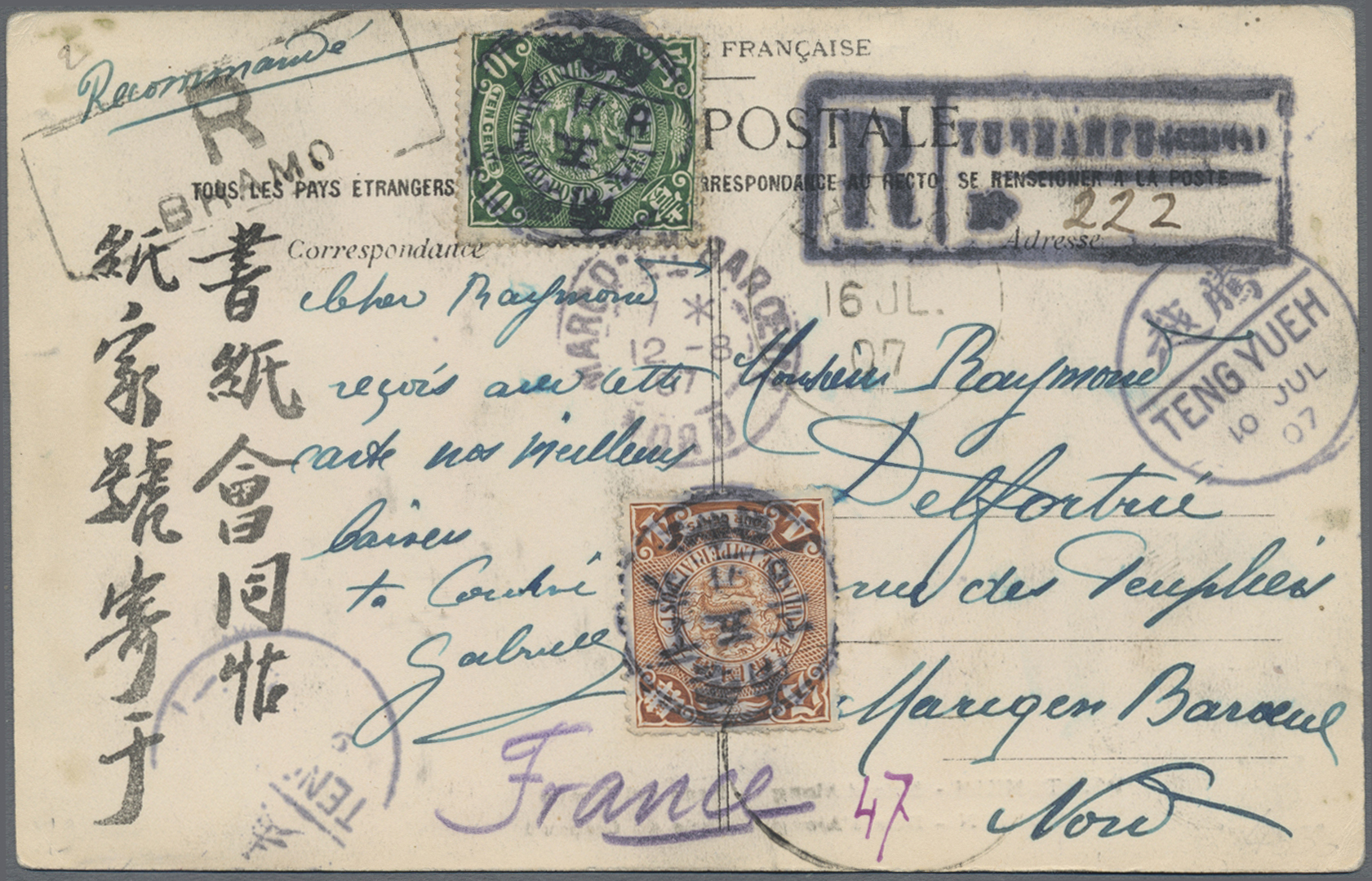 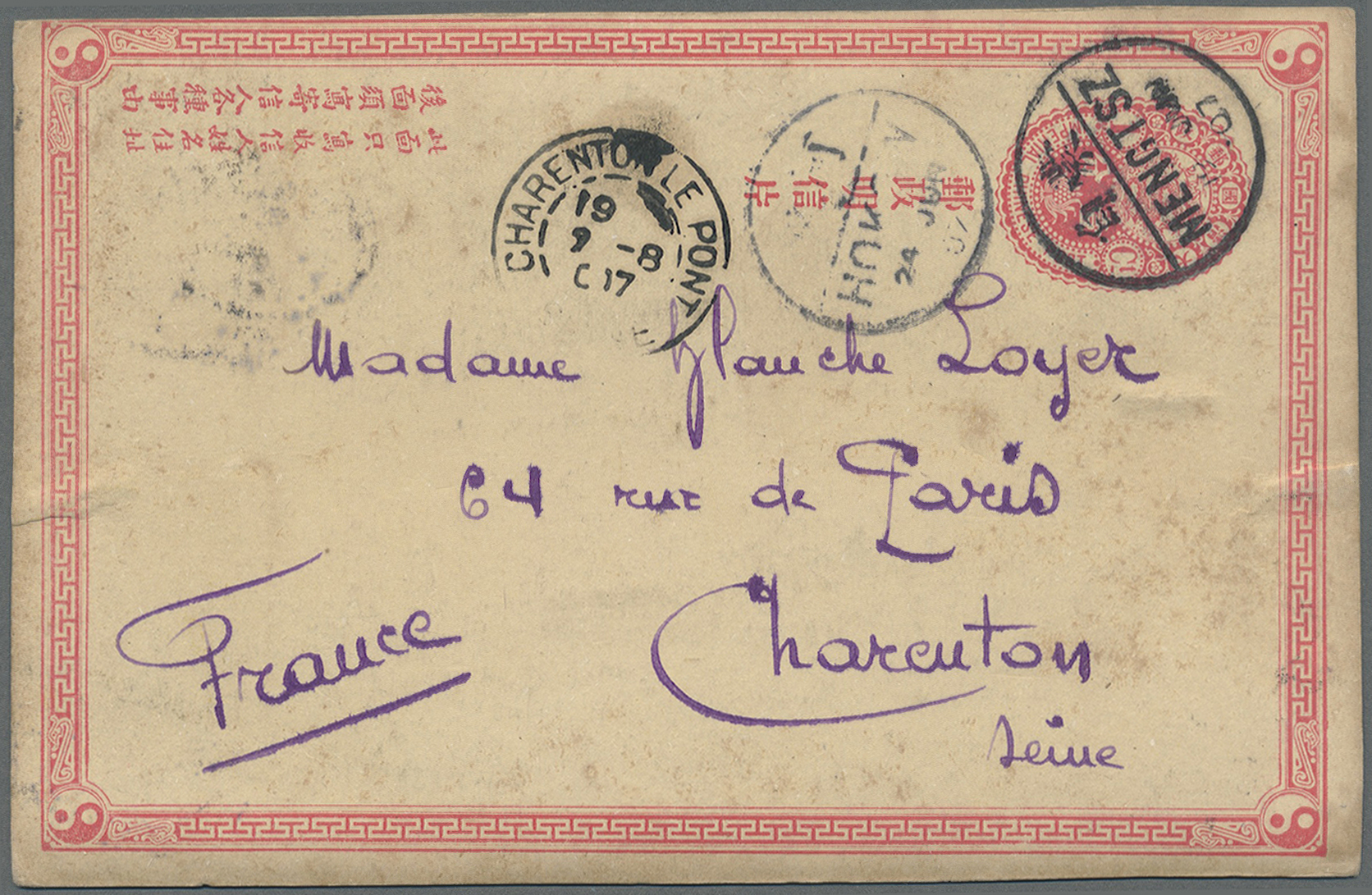 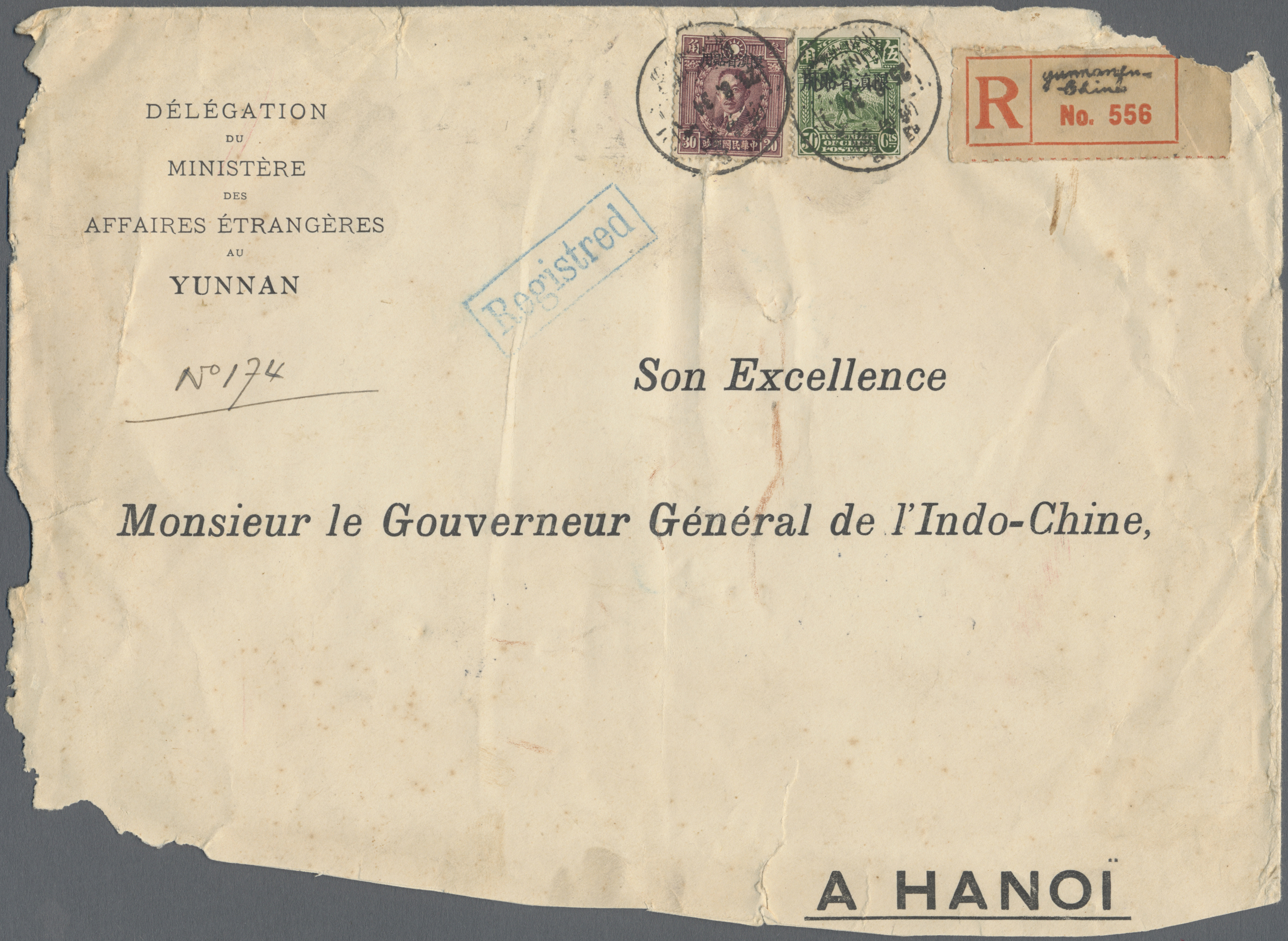