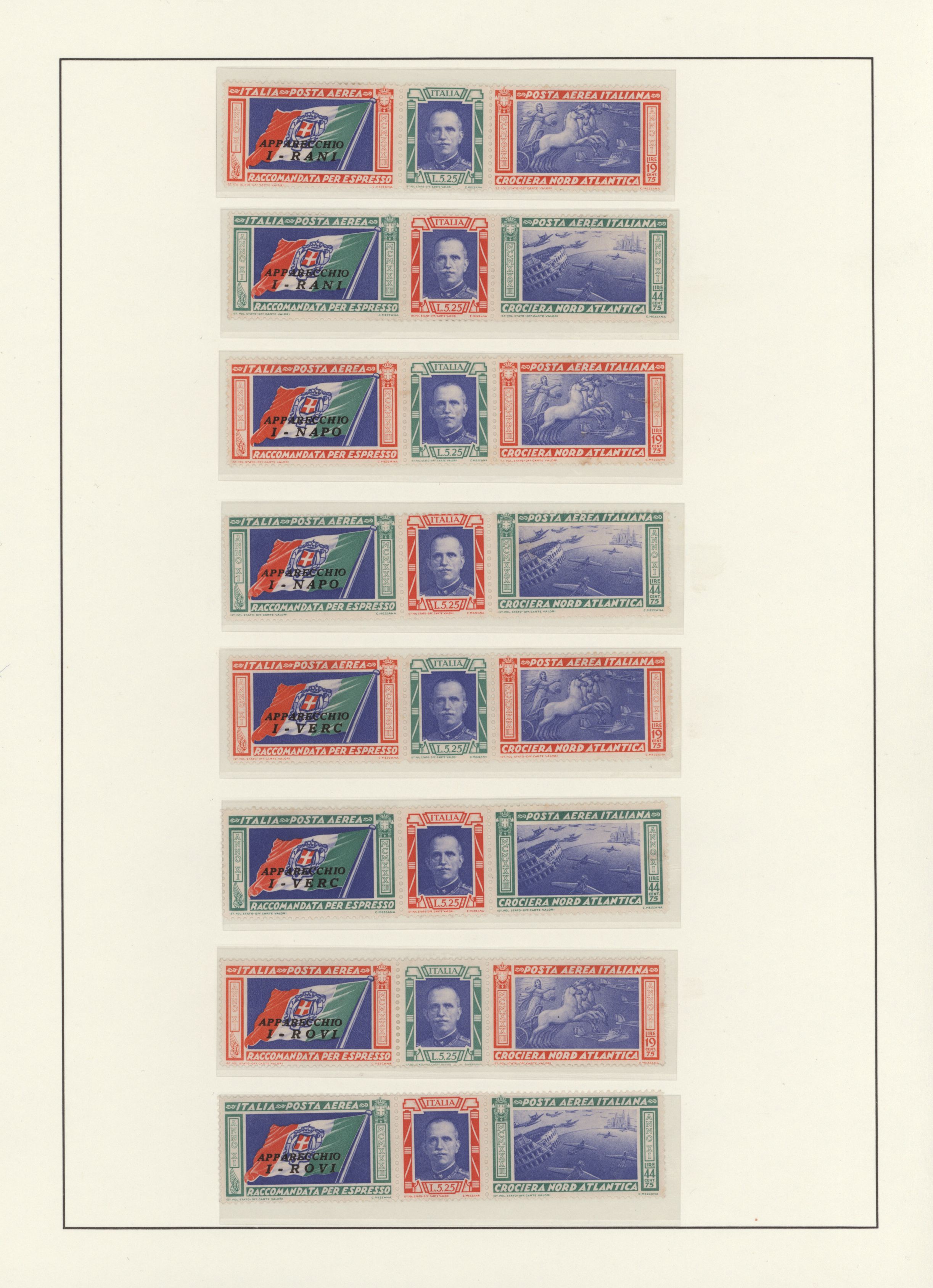 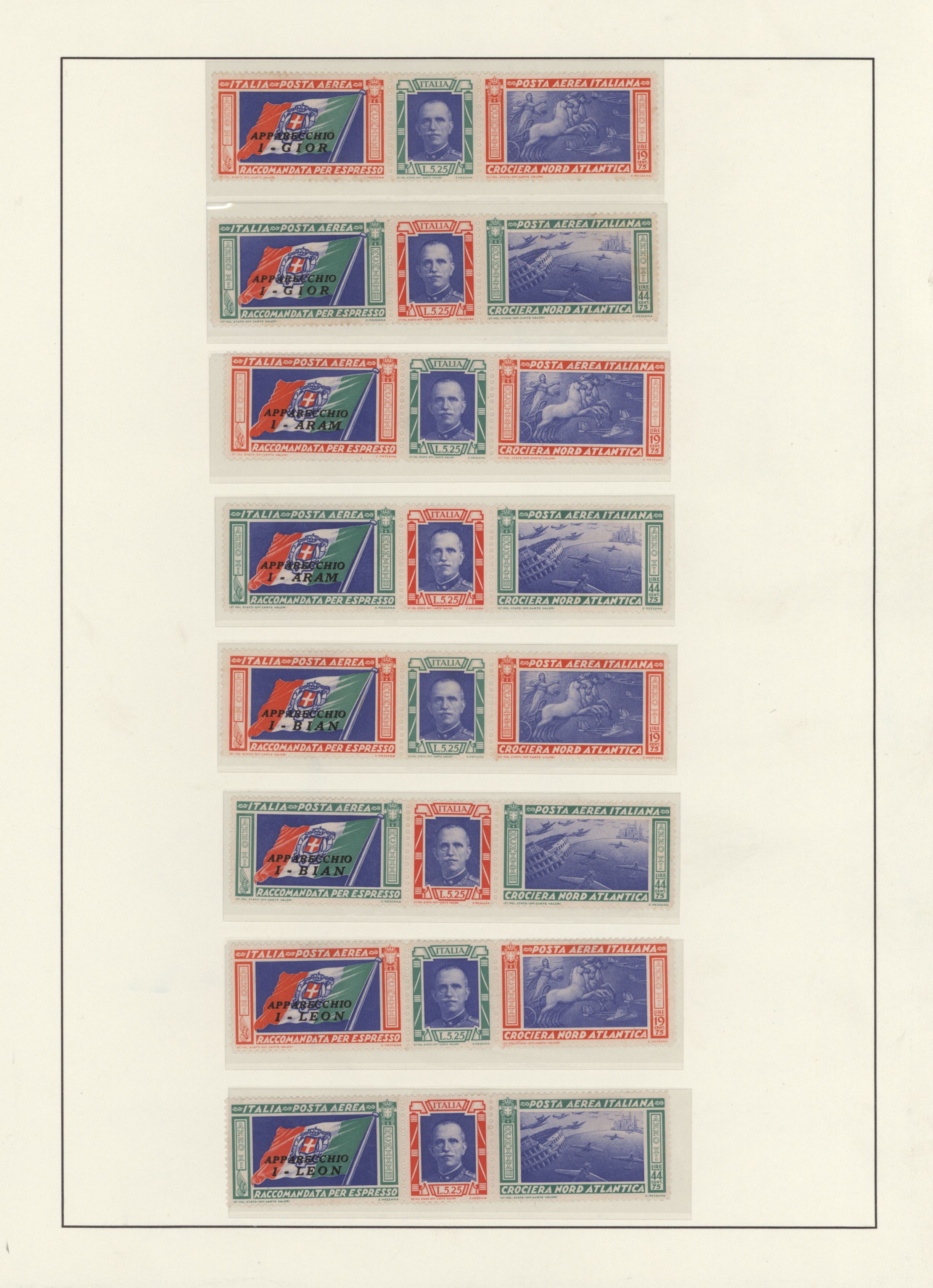 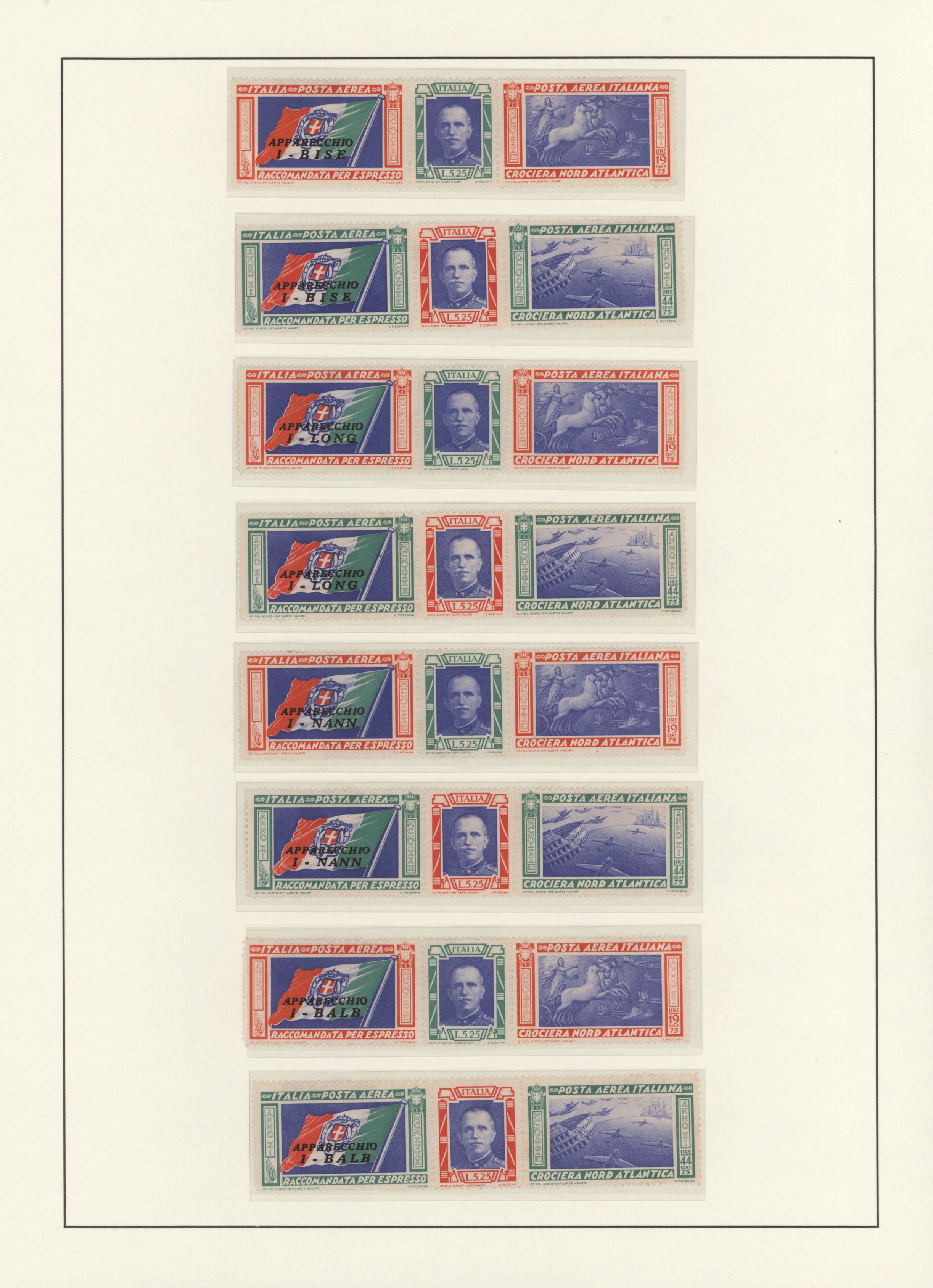 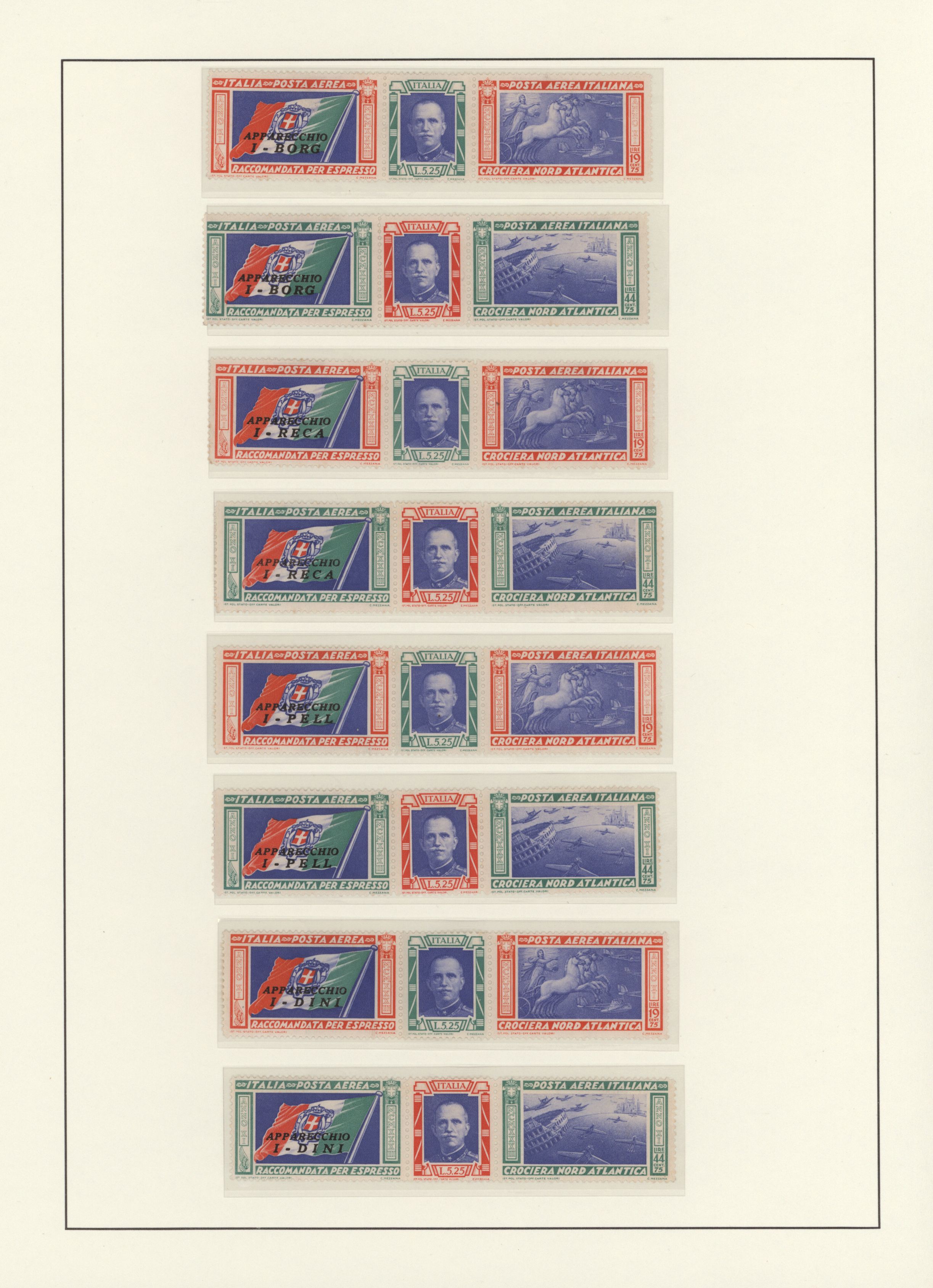 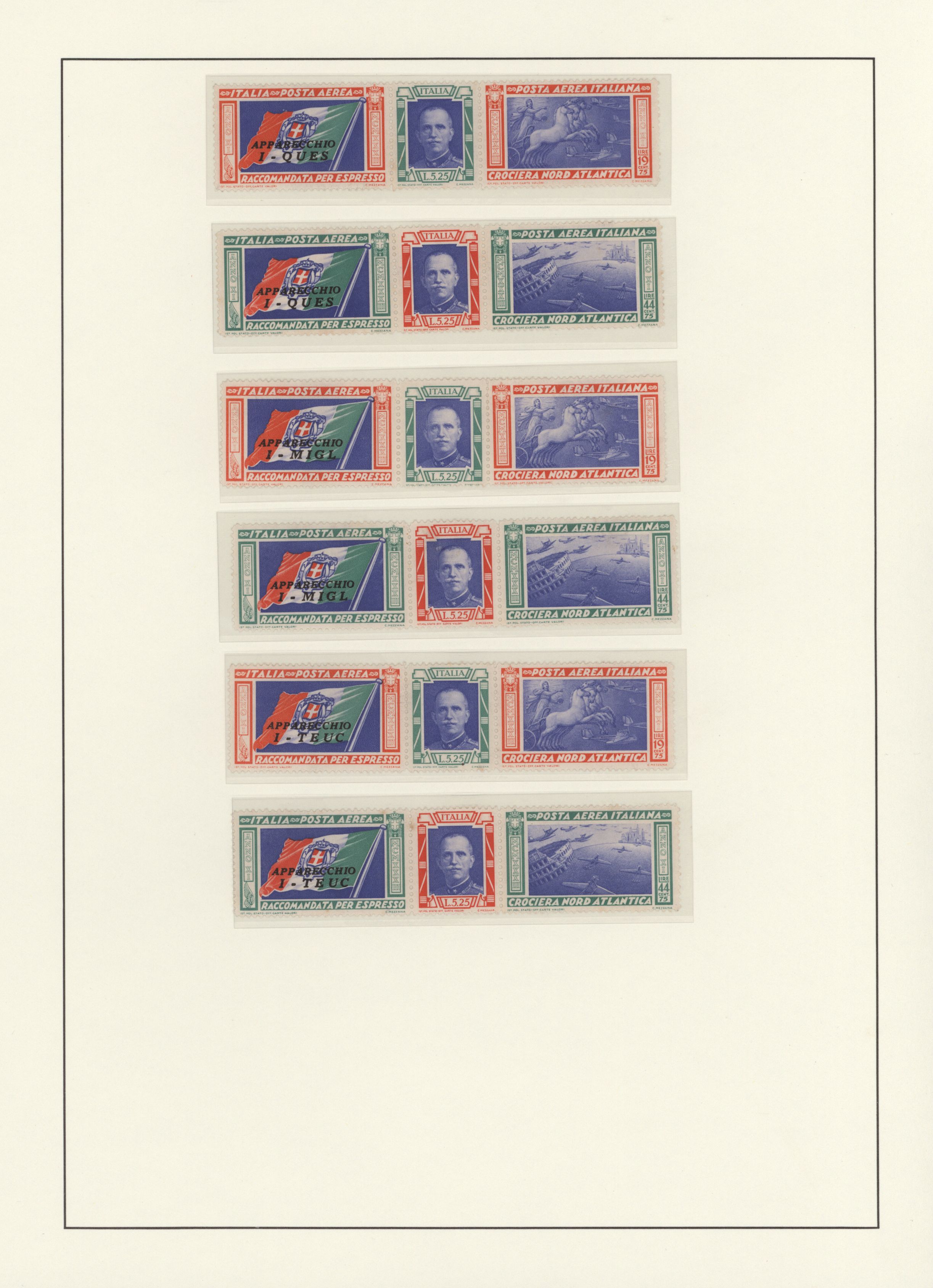 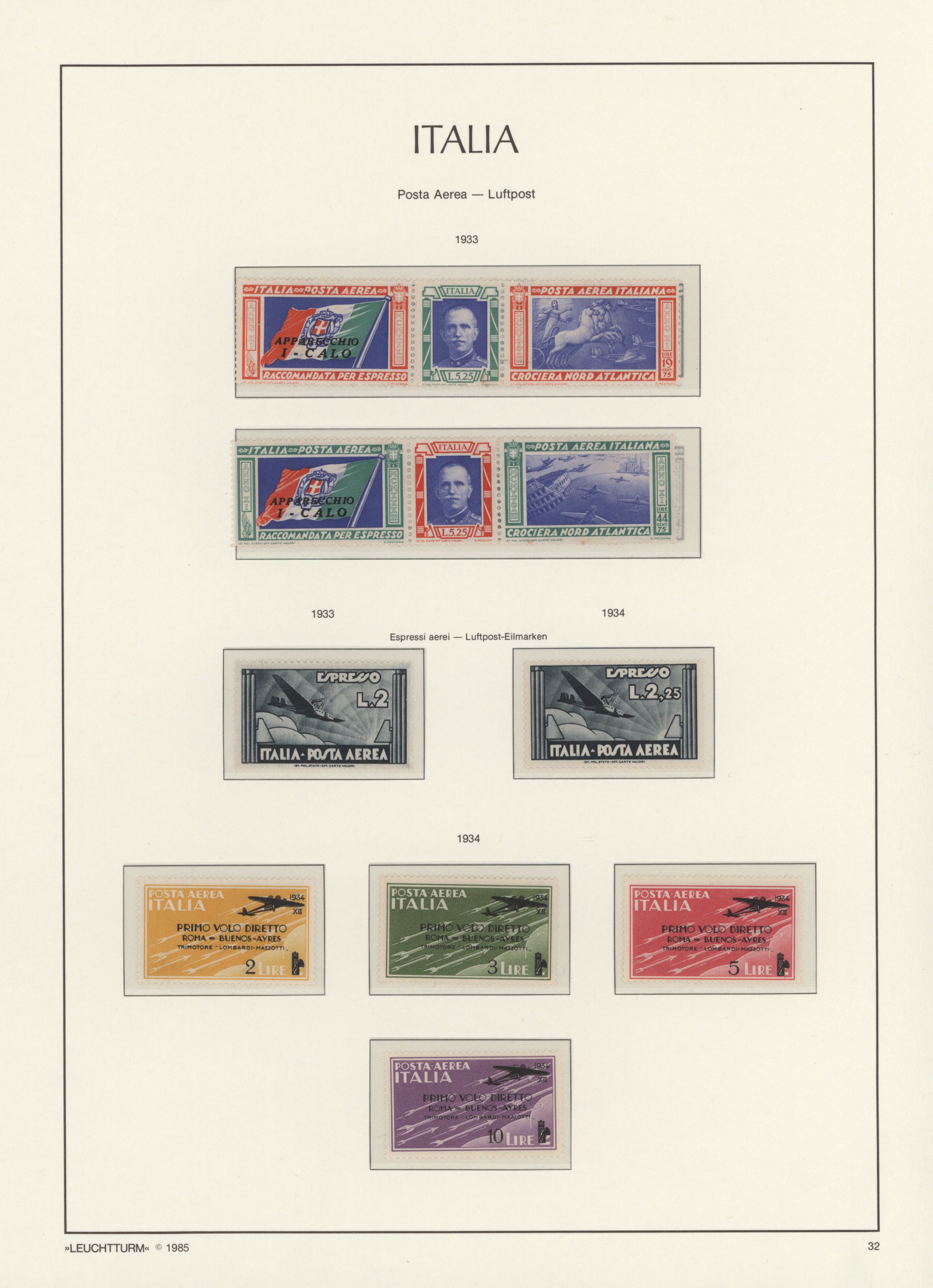 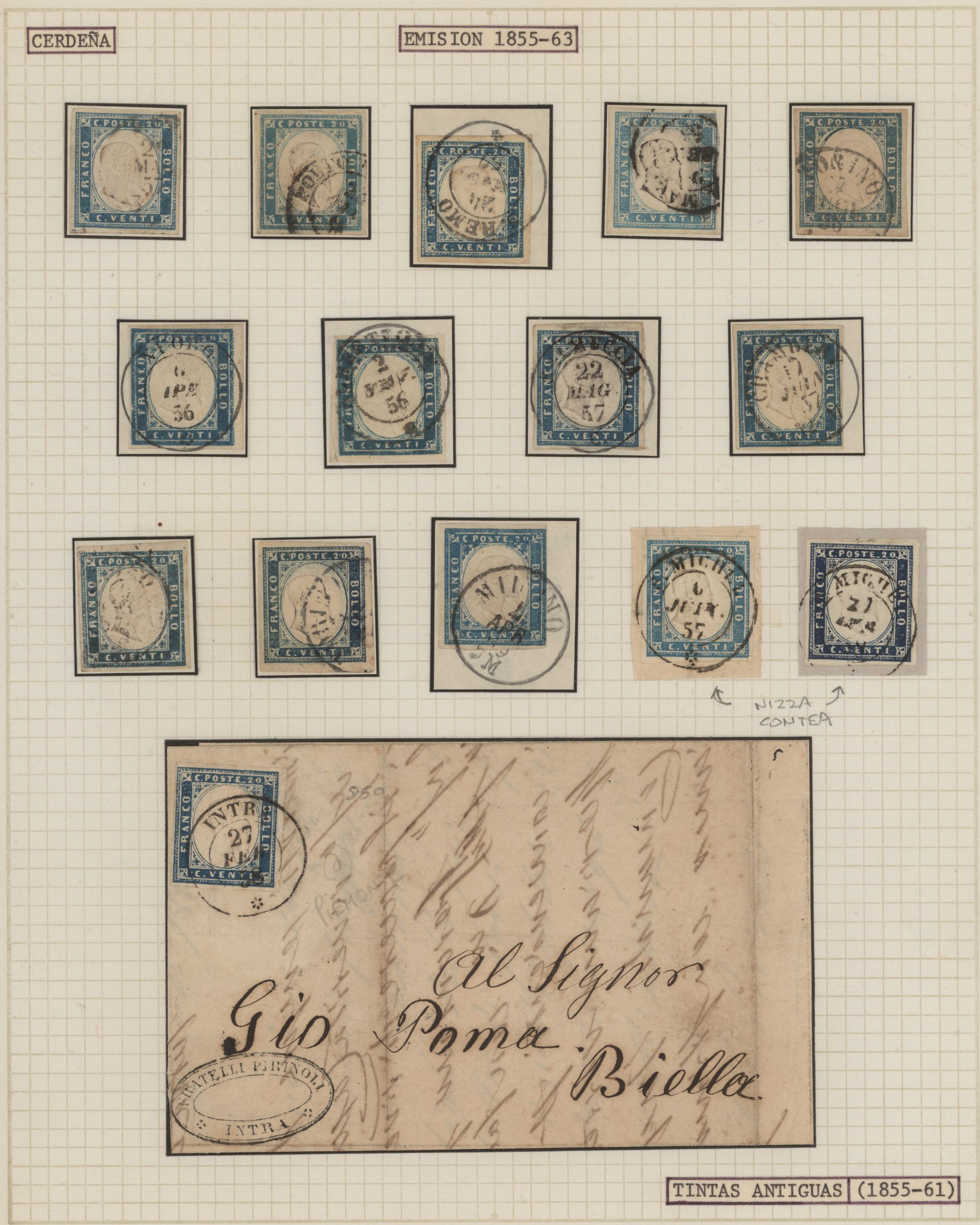 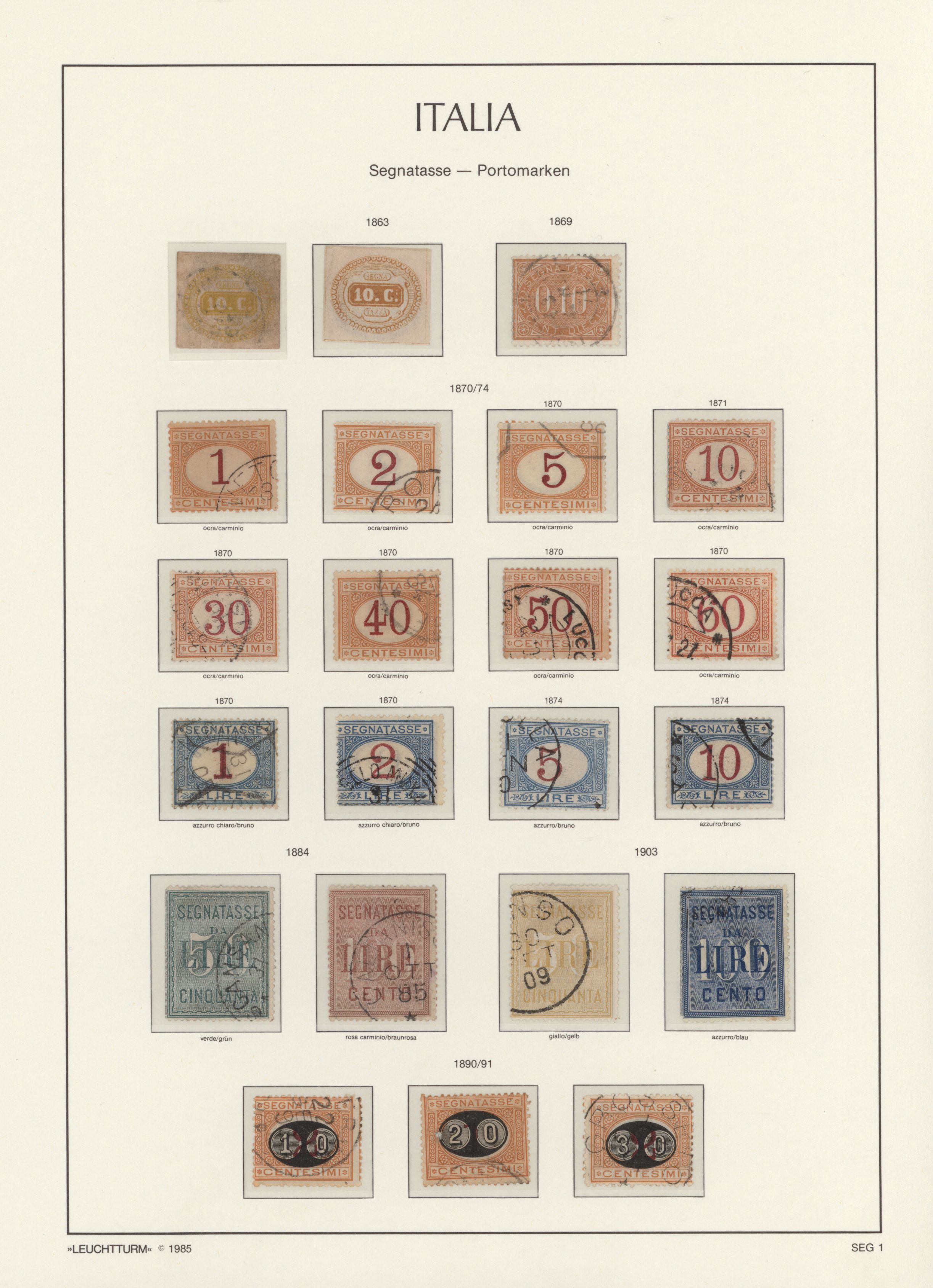 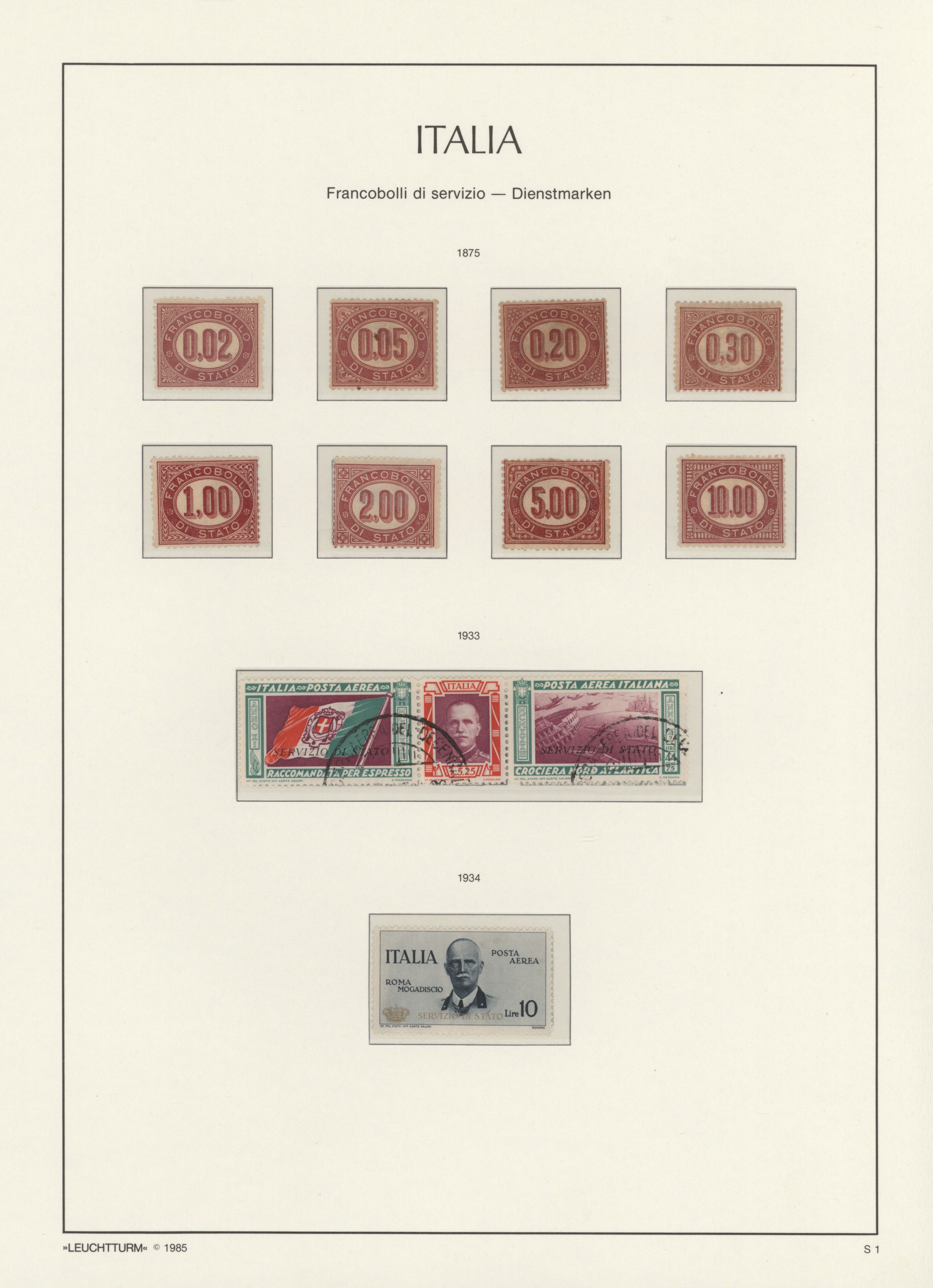 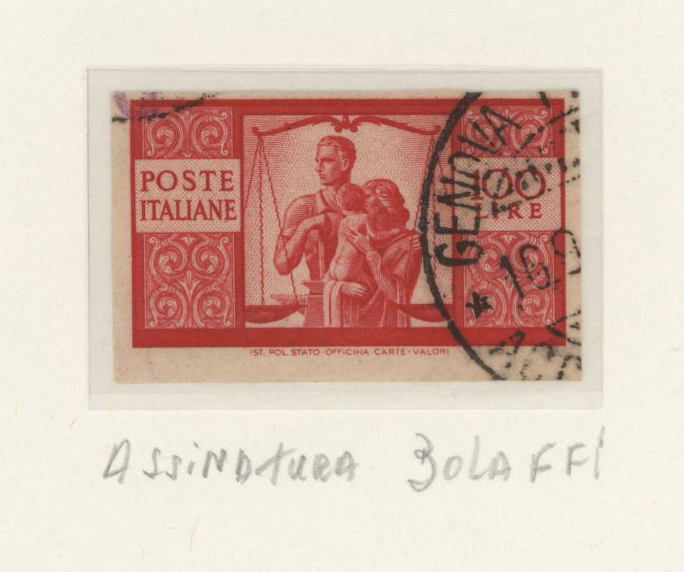 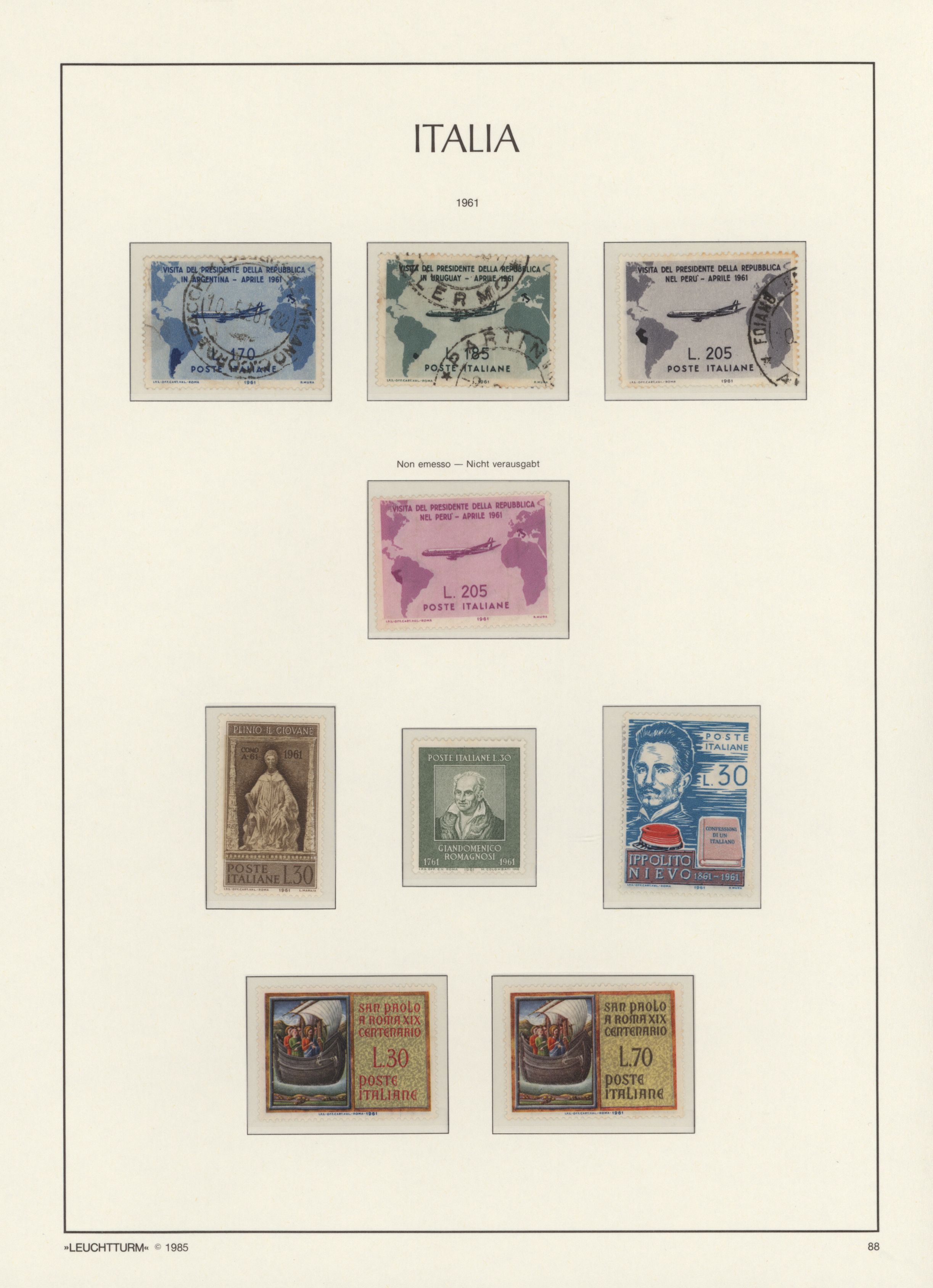 Italien: 1855/2000: phenomenal collection in 4 Lighthouse binders, starting with Sardinia IV emmissi
1855/2000: phenomenal collection in 4 Lighthouse binders, starting with Sardinia IV emmission, here a color study with ca. 100 stamps including three letters of the 20 c. is included) with many highlights like first south atlantic flight in formation on letter with many signatures (incl. Balbo), the Balbo North Atlantic Triptichi (all 20 sets of two strips, mint hinged + Servicio di Stato used), 100 Lire Democratica imperforated, Gronchi Rosa, postage due incl. the 50/100 Lire from 1903, etc, all the long sets from the late 1920/1930 are complete (mostly lightly hinged), ... the later years of the Republic (ca. since 1960) are MNH and include booklets and mini sheets. In general in good quality, some stamps with light toning as to be expected. Two of the folders only hold covers and letters, mostly FDC starting in the early 1950ties, but also some nice surprices. A collection, where much money had been paid, which could enjoy even the experienced collector.
View our Terms & Conditions 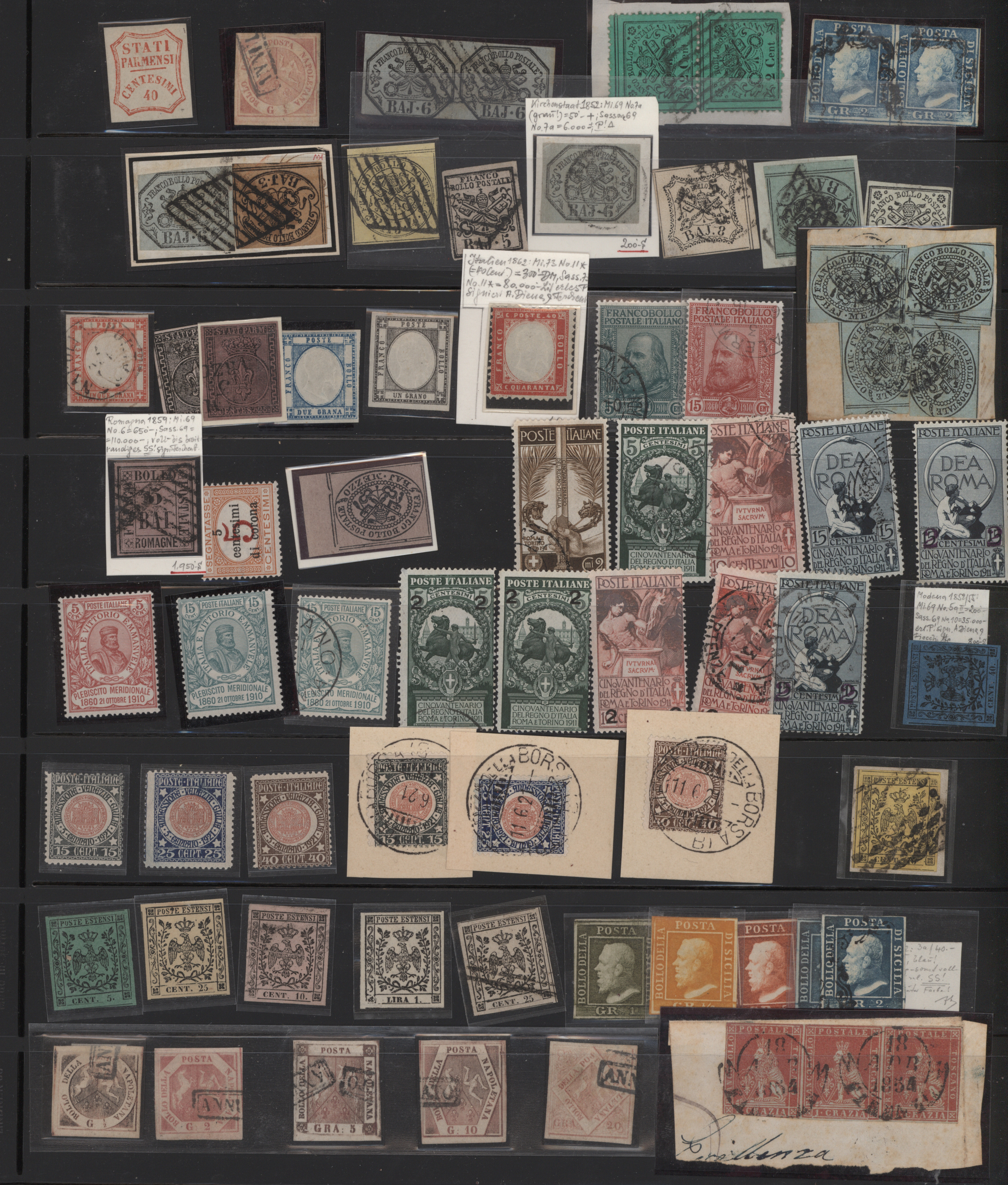 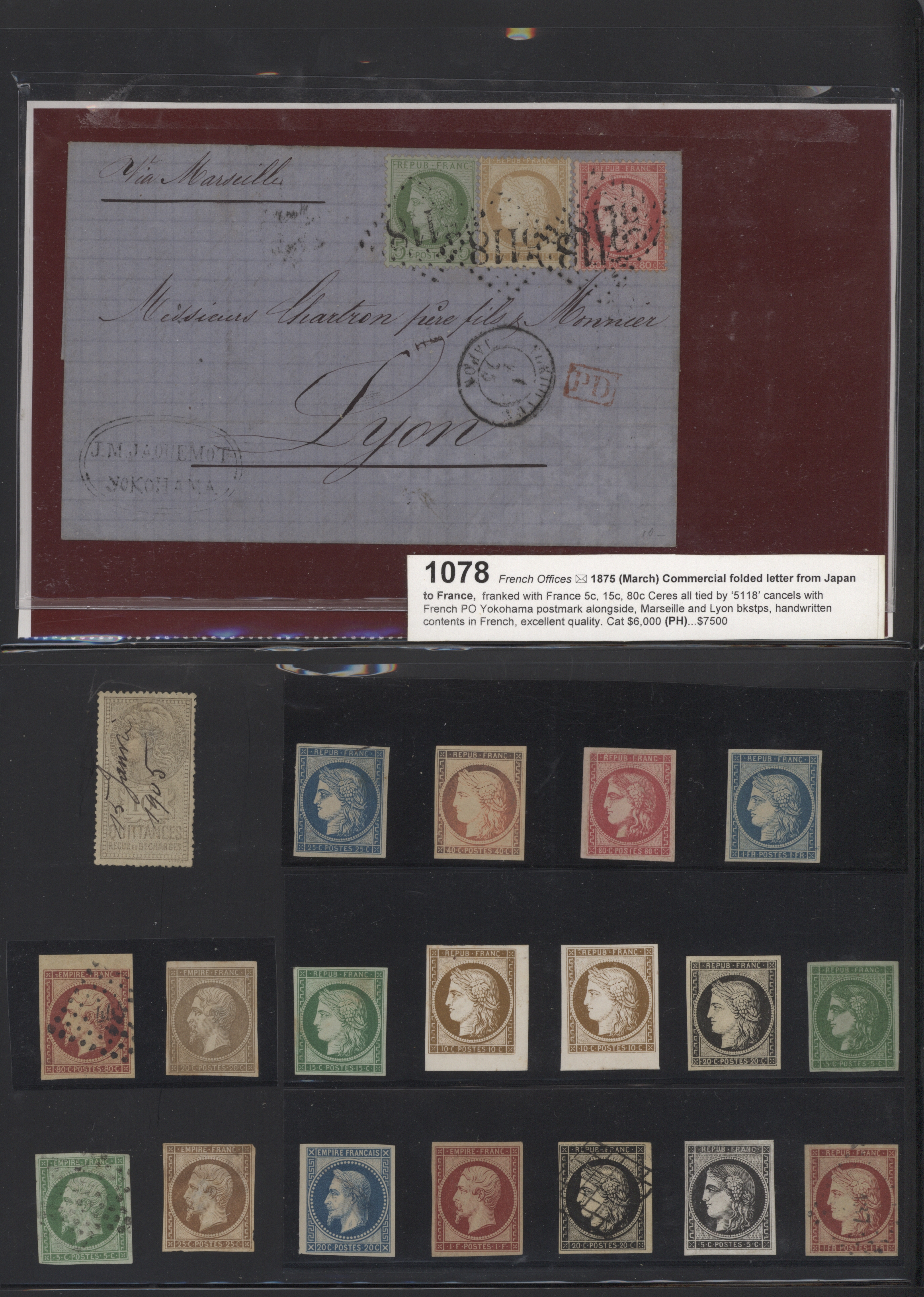 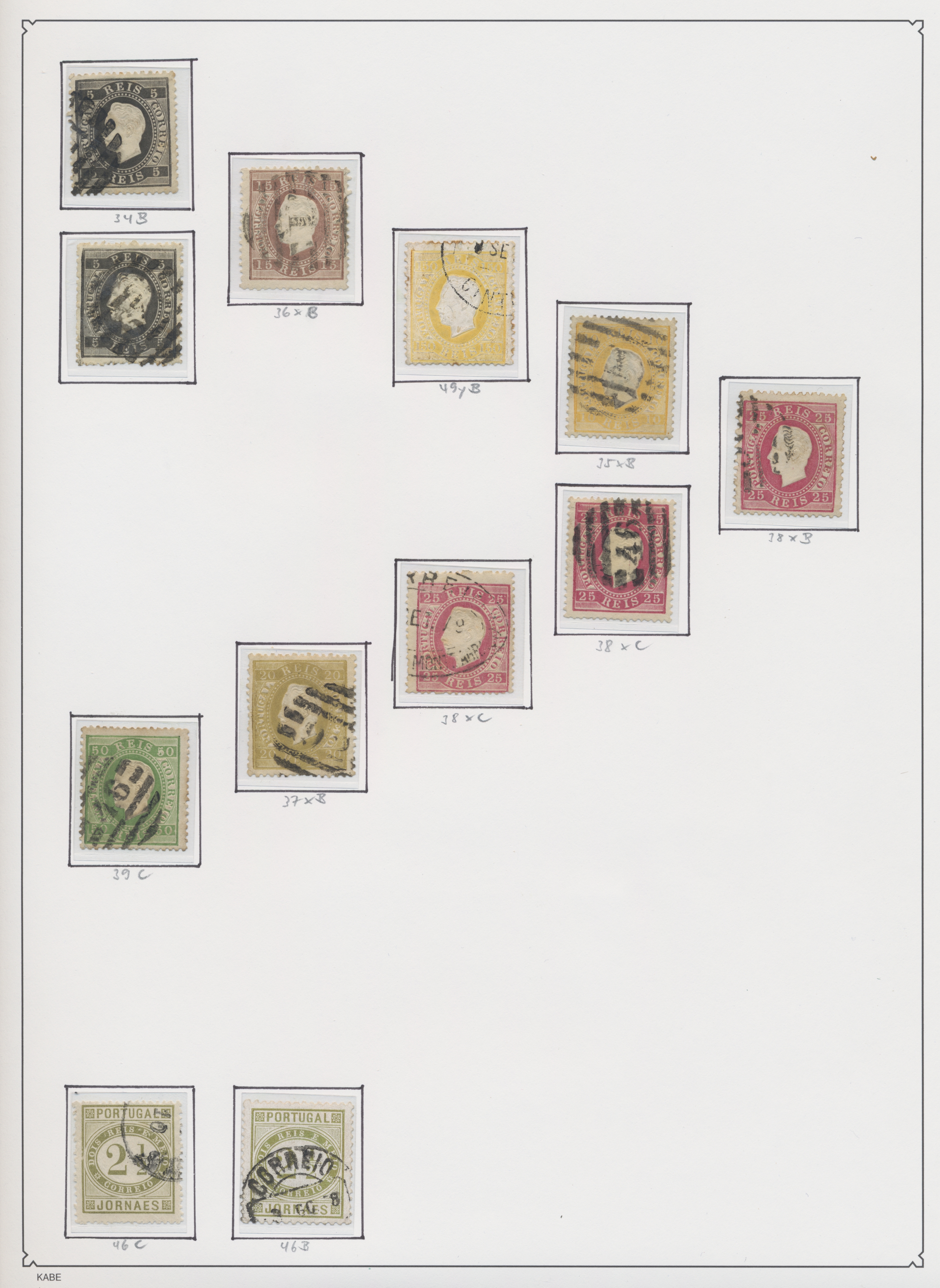 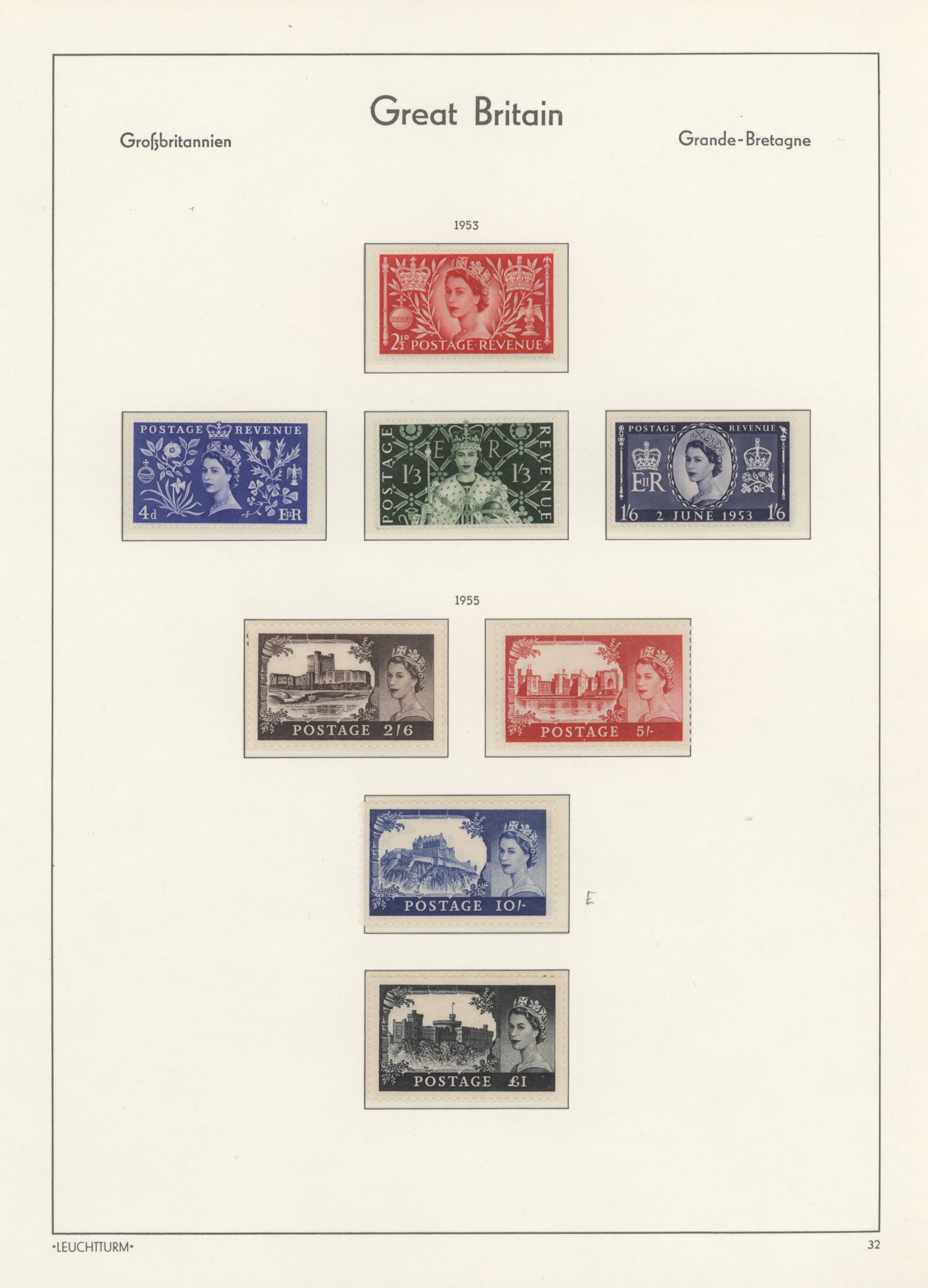 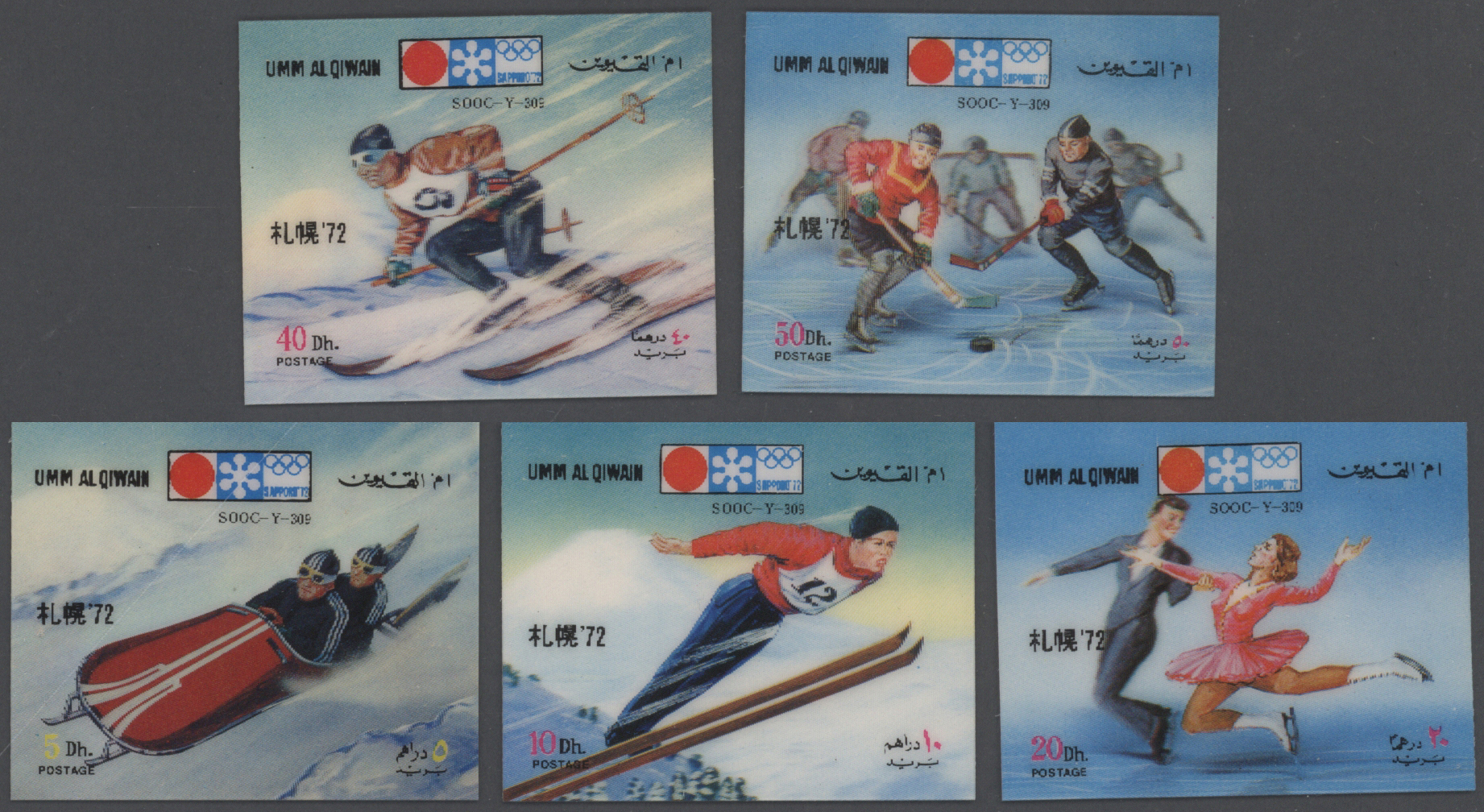 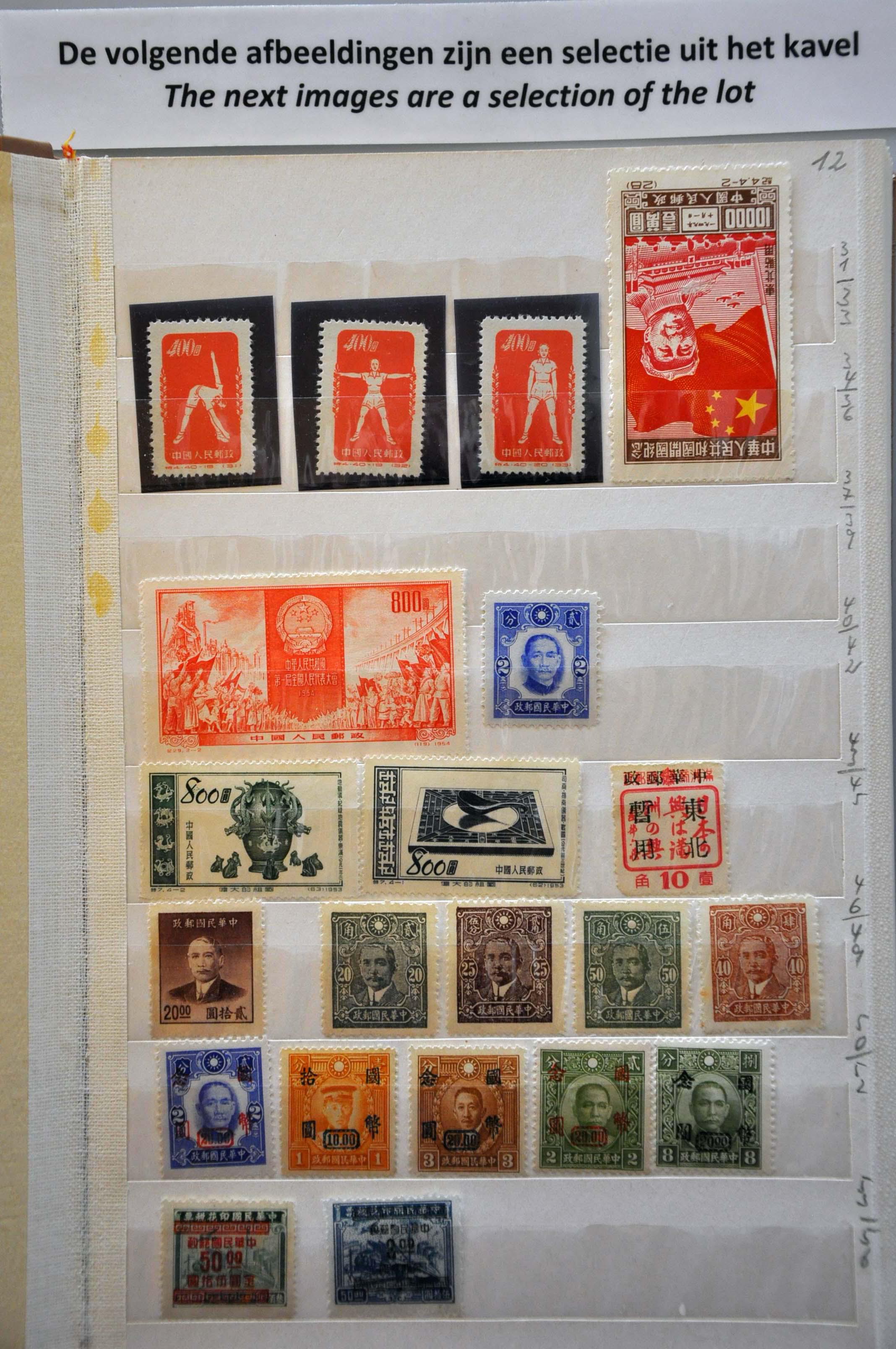 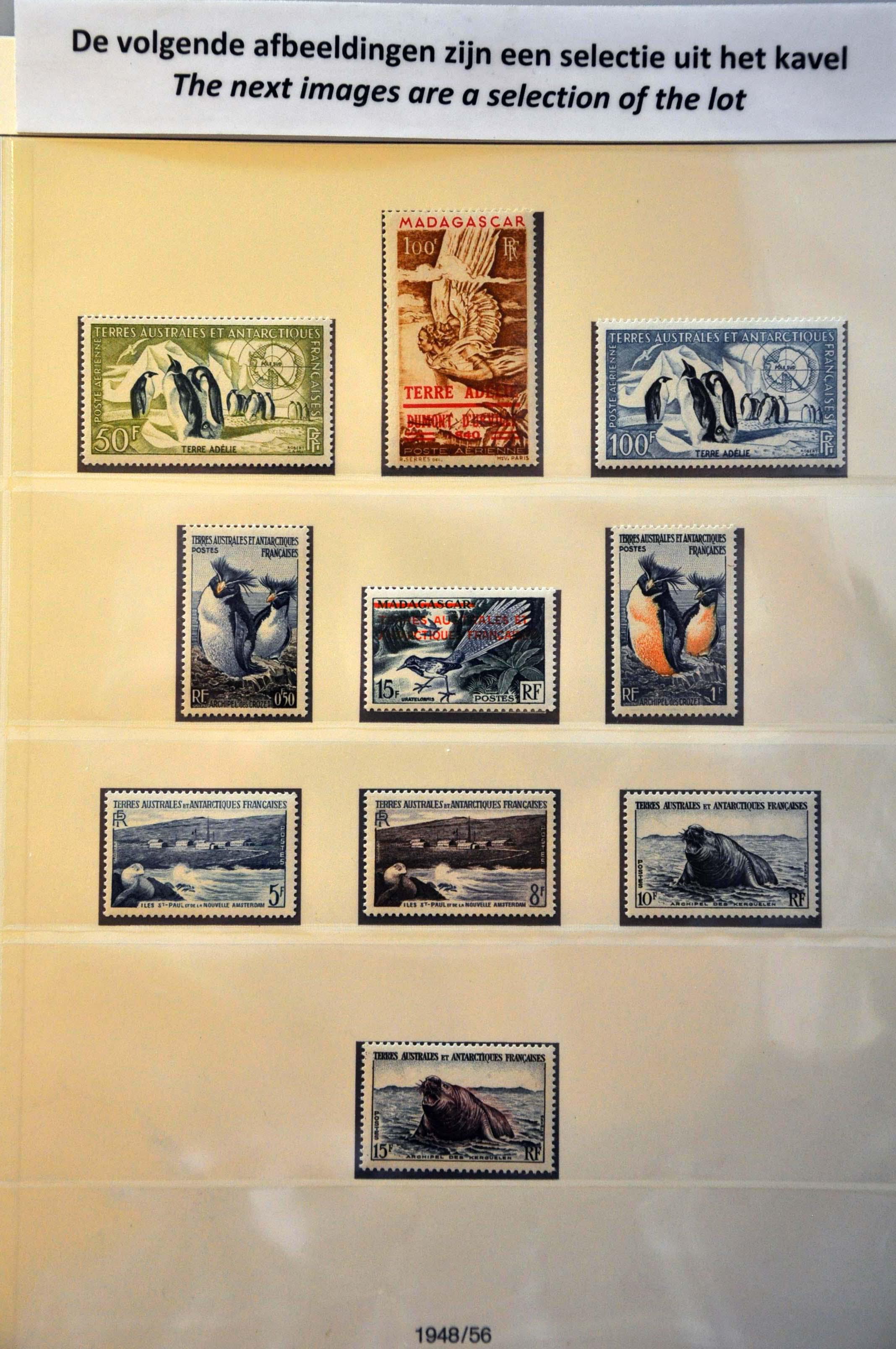