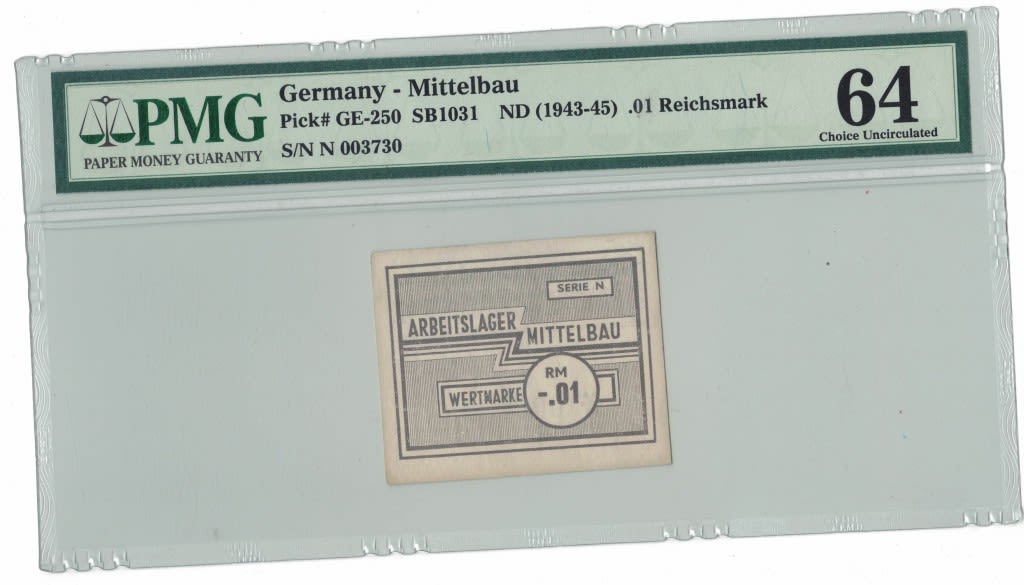 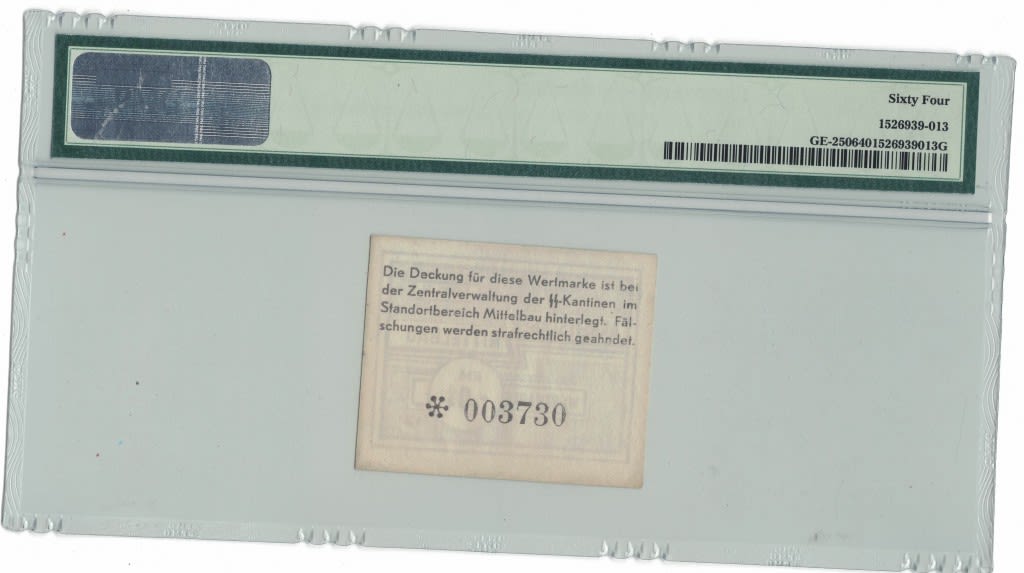 Holocaust Banknote from the Dora-Mittelbau Labor Camp - Germany - 0.1 Mark - Graded 64 by PMG - 1943-1945 - Rare
The Dora-Mittelbau was a Nazi labor camp during the Holocaust located near the city of Nordhausen in the center of Germany. It was established in late summer 1943 as a subcamp of Buchenwald concentration camp, supplying slave labor from many countries occupied by Germany for extending the nearby tunnels in the Kohnstein and for manufacturing the V-2 rocket and the V-1 flying bomb. In the summer of 1944, Mittelbau became an independent concentration camp with numerous subcamps of its own. In 1945, most of the surviving inmates were evacuated by the SS. On 11 April 1945, US troops freed the remaining prisoners. Around one in three of the roughly 60,000 prisoners who were sent to Mittelbau did not survive.
Condition: Graded 64 by PMG, Choice Unc.
שטר כסף שואה, ממחנה העבודה דורה - מיטלבאו- גרמניה, 0.1 מרק, מדורג 64 ע"י PMG, 1943-1945 - נדיר
מצב: מדורג 64 ע"י PMG, Choice Unc 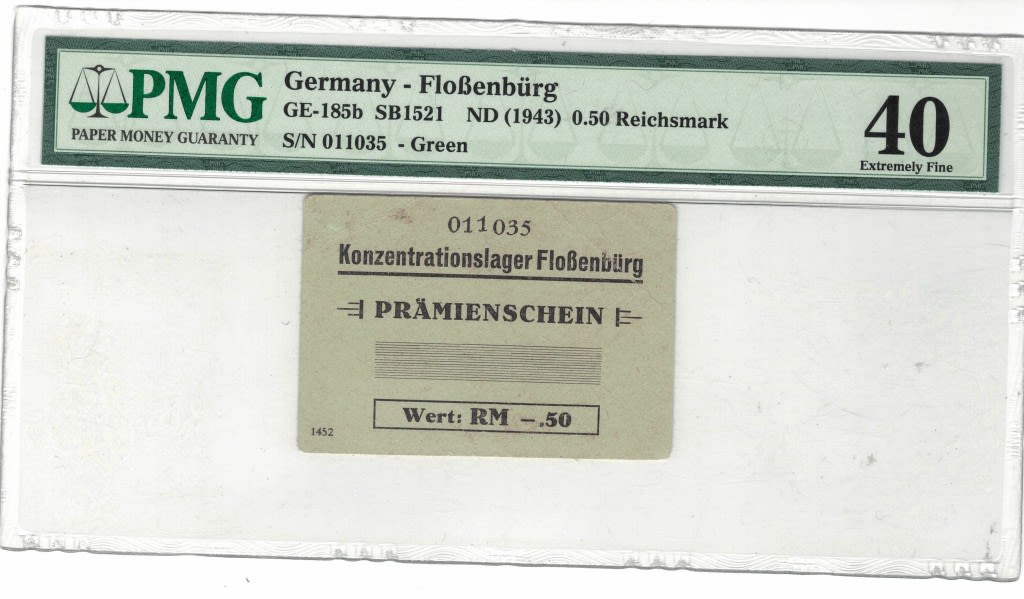 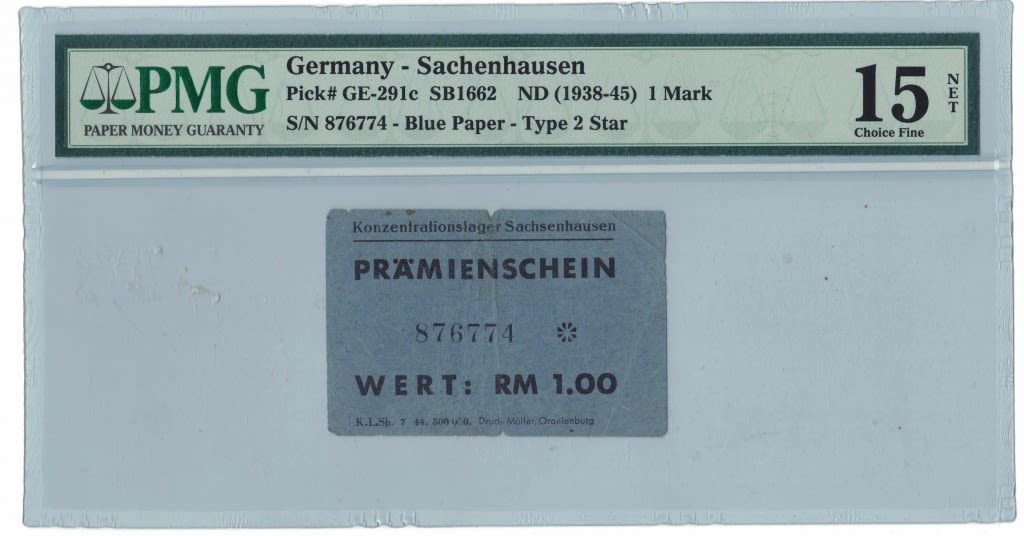 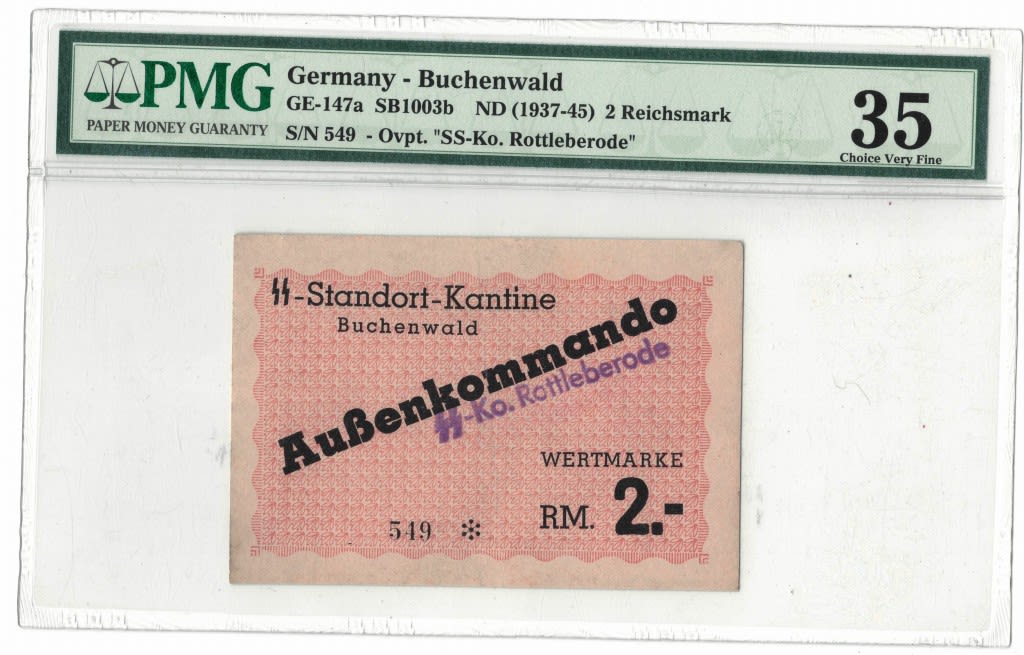 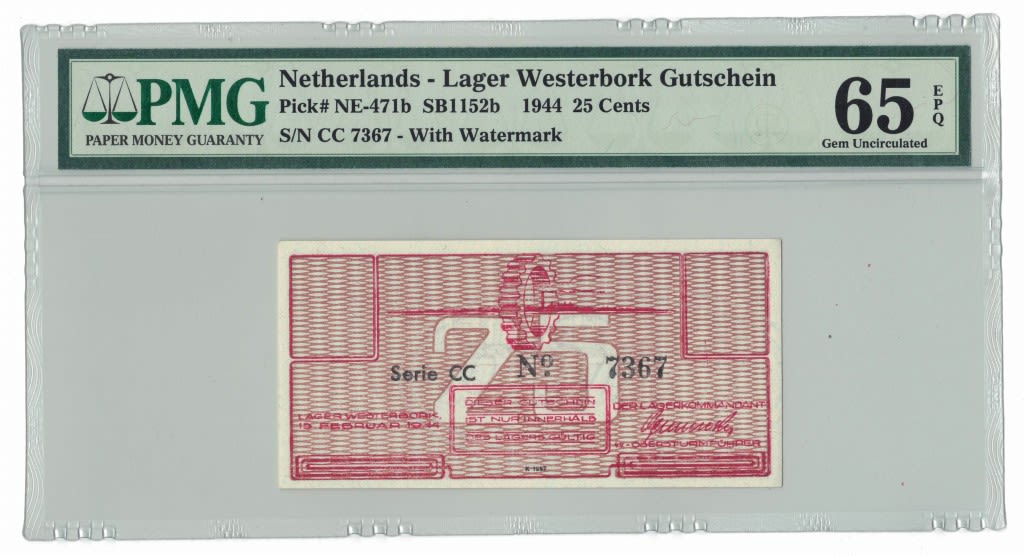 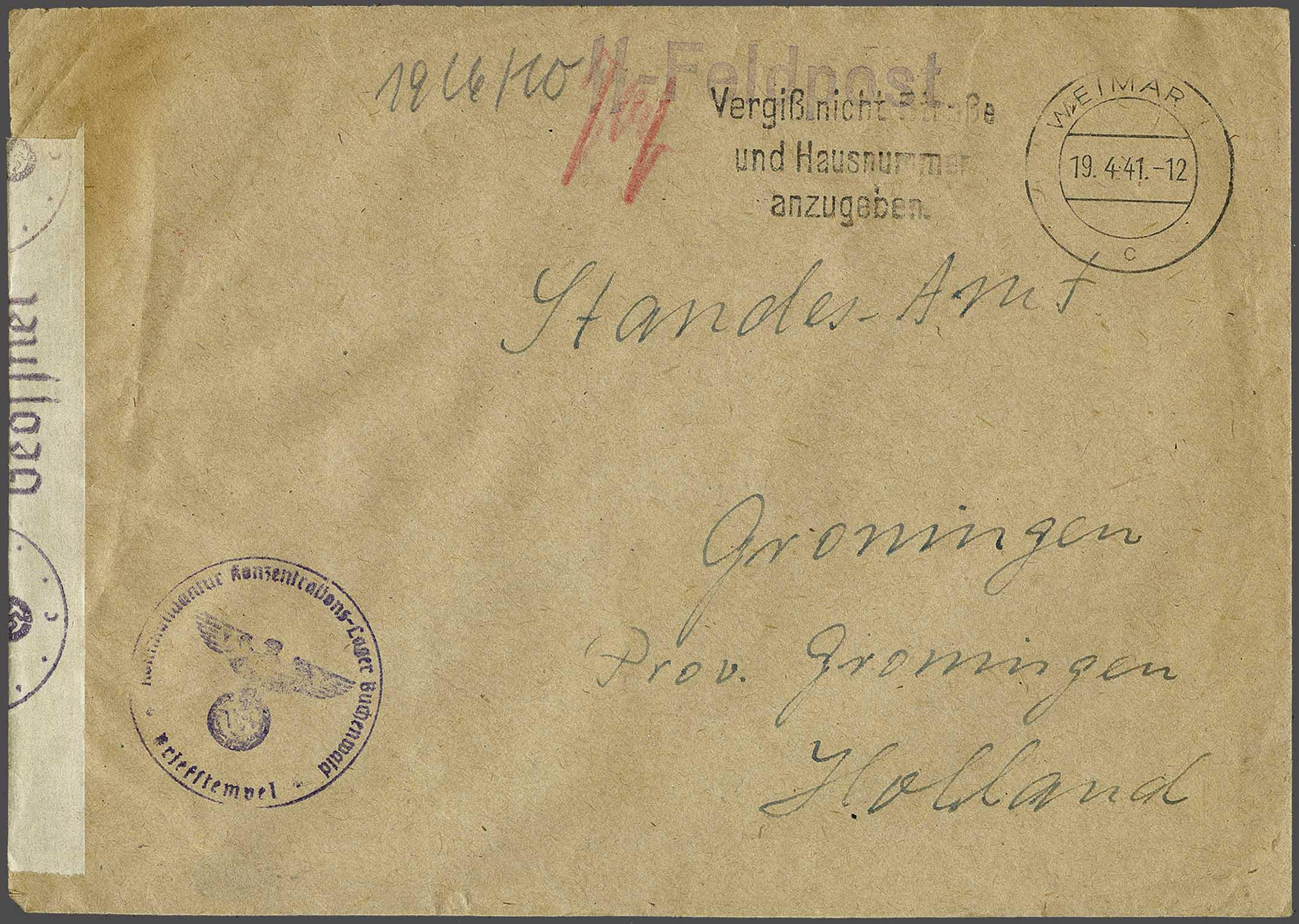